Every year players, parents and fans mark their calendars months ahead of time, with youth hockey association coaches and board members brainstorming ideas for community events to lure Hockey Day Minnesota (HDM) to their city.  To many, it’s become one of the biggest celebrations of the year.  Hockey Day as the grand stage travels across the frozen landscape to different communities in the State of Hockey.

But how did this growing annual tradition all come about?

The Wild business staff had been talking for a few years about creating an event mirroring the longstanding Hockey Day in Canada, which has been ongoing since 1952.  Minnesota Wild then Chief Operating Officer Matt Majka knew they could pull it off – they just needed to take action.  “I remember very well a particular summer day in August of 2006,” Majka said.  “We marched over to FSN’s offices – me and a couple other folks with the Wild – with a one-page document of just an outline of what Hockey Day Minnesota might be.”

That document sold Mike Dimond, senior vice president and general manager at Fox Sports North (FSN), and the wheels were put into motion immediately.  Thanks to all stakeholders involved, it became an instant and ongoing hit.  “Through our great partnerships with the Minnesota Wild, the University of Minnesota and Minnesota Hockey, it has become an iconic day for our state,” Dimond said.  “Each of the host cities have brought their own special flavor to the day, yet one thing remains the same: the passion and love for the game.” 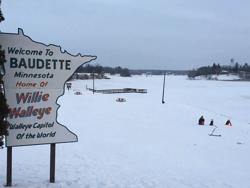 The celebration launched on beautiful Baudette Bay in 2007.

Ironically as the Wild had begun talking about launching a yearly event outdoors, Lake of the Woods Head Coach Mike Pepera in Baudette went to the Athletic Director of the school at the same time and begun discussion of holding 'a yearly outdoor hockey event on the frozen bay by Willie the Walleye' - after further discussions among the school and City planning, a call was made to FSN to pitch their idea for potential interest that the now formed Baudette Bay Classic Committee had locally developed - that too was also being talked about in Saint Paul Wild headquarters.

The concept and ideas came together like a beautiful 1000 piece puzzle, and thus Hockey day Minnesota was born on November 2, 2006, when the official announcement was made at the Minnesota Wild game that; January 20th, 2007 would be the inaugural Hockey Day Minnesota.  The Baudette Bay Hockey Committee (BBHC), FSN and the Minnesota Wild partnered to celebrate the game that has made Minnesota the State of Hockey.

The original BBHC was financed solely through fundraisers and donations, with an operating budget of approximately $30,000.  Supporters stepped up and attended the many fund raising events that took place to finance the event.  "I have never been so proud of our community as at the end of the days [inaugural] event", said Jeff Hovde, Baudette Councilman and volunteer.  "This was truly a great day in the history of Baudette".

HDM today is produced jointly in partnership with Minnesota Hockey, and the respective local community that serves as the host each year.

The historic groundwork for this special yearly event was inaugurated by Lake of the Woods Hockey Association in 2007 was played in commemoration of old time, pond hockey.  Its arena was the Bay alongside Willie the Walleye Park where a winter carnival atmosphere came alive and won the hearts of everyone across Minnesota.  The concept to host an outdoor game on the Bay was born through visionaries of local high school hockey coaches.  The purpose was simple in their minds; to stage a game that would illustrate the origin of hockey to a generation of young, indoor arena players.  The vision grew to include the emotional impact that this event would surely have on generations of past hockey players.  The mission was simple - to feature high school hockey in a traditional outdoor pond hockey setting, and links generations of players, fans, coaches and hockey enthusiasts at all levels, followed by a collegiate hockey game (Gopher Mens hockey participated in 1st 11 years 2007-2017) and Minnesota Wild game to cap off the days festivities.  This mission, born in northern Minnesota and funded alongside FSN and Minnesota Wild is the concept each community rallies around yearly once the cooperative team at FSN/State of Hockey/Minnesota Wild announces the location to the next city after a stringent application is applied for, a site visit is made, and is usually announced at the ongoing hockey day for the next years location.  The event called Hockey DAY has ballooned to be a Hockey Day WEEK as many festivities, Alumni games, Collegiate games, outdoor concerts have been included in the participating towns festival schedule.

We at VintageMNHockey have had the opportunity to travel to EVERY Hockey Day Minnesota outdoor events in person since the inaugural year in 2007, and will continue to do so year-in and year-out, and played a major sponsor for a few years on HDM.  The event has won our heart, about bringing the game back to it's roots is truly: Vintage Minnesota Hockey at it's finest, and we love it!  Just as it is for us and many, HDM has become one of the days on the calendar, just as much as the State Tournament that hockey fans look forward to attending on a yearly basis - leaving with many memories, visiting many local restaurants & watering holes, and meeting friendly hockey fans across the state, along with frozen camera gear, and the scent of fire pit smoke from the many hockey village fires.  We hope you enjoy our yearly synopsis of the days events and take on each venue, rosters of each team, weather, images we captured yearly, and our ranking of each Hockey Day venue from 1st to last (no offense Minnetonka, but HDM indoors wasn't the same feel - darn Mother nature).  As was quoted during the inaugural HDM:

"The Baudette Bay Hockey Classic [HDM] is an example of what can happen when a city and it's people rally around an idea and work together to make it a reality.  Welcome to Baudette, [Welcome to our community & Hockey Day Minnesota] - Let's Play Hockey"... 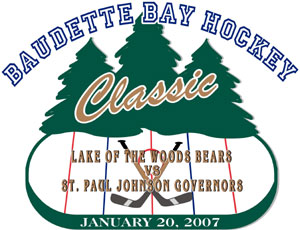 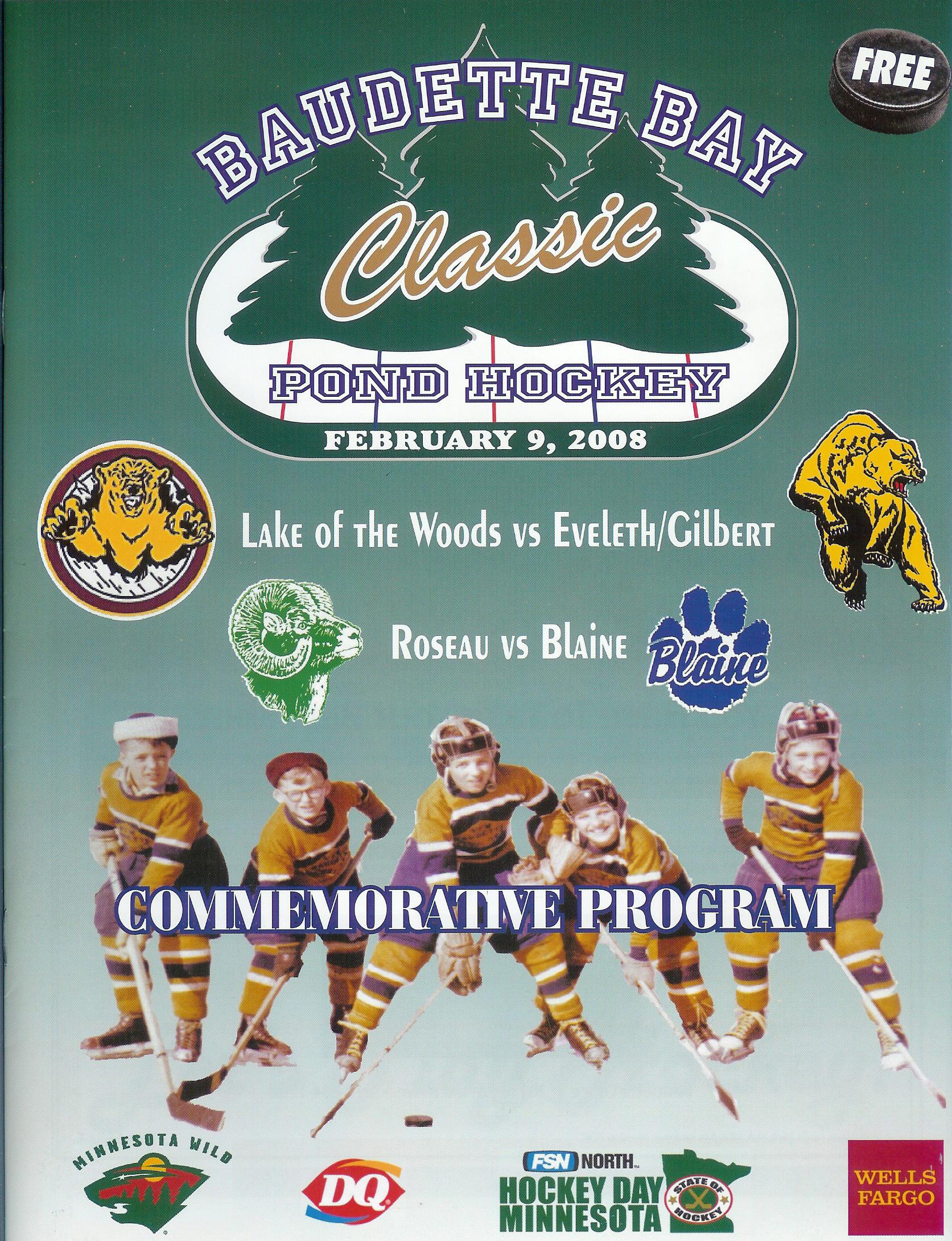 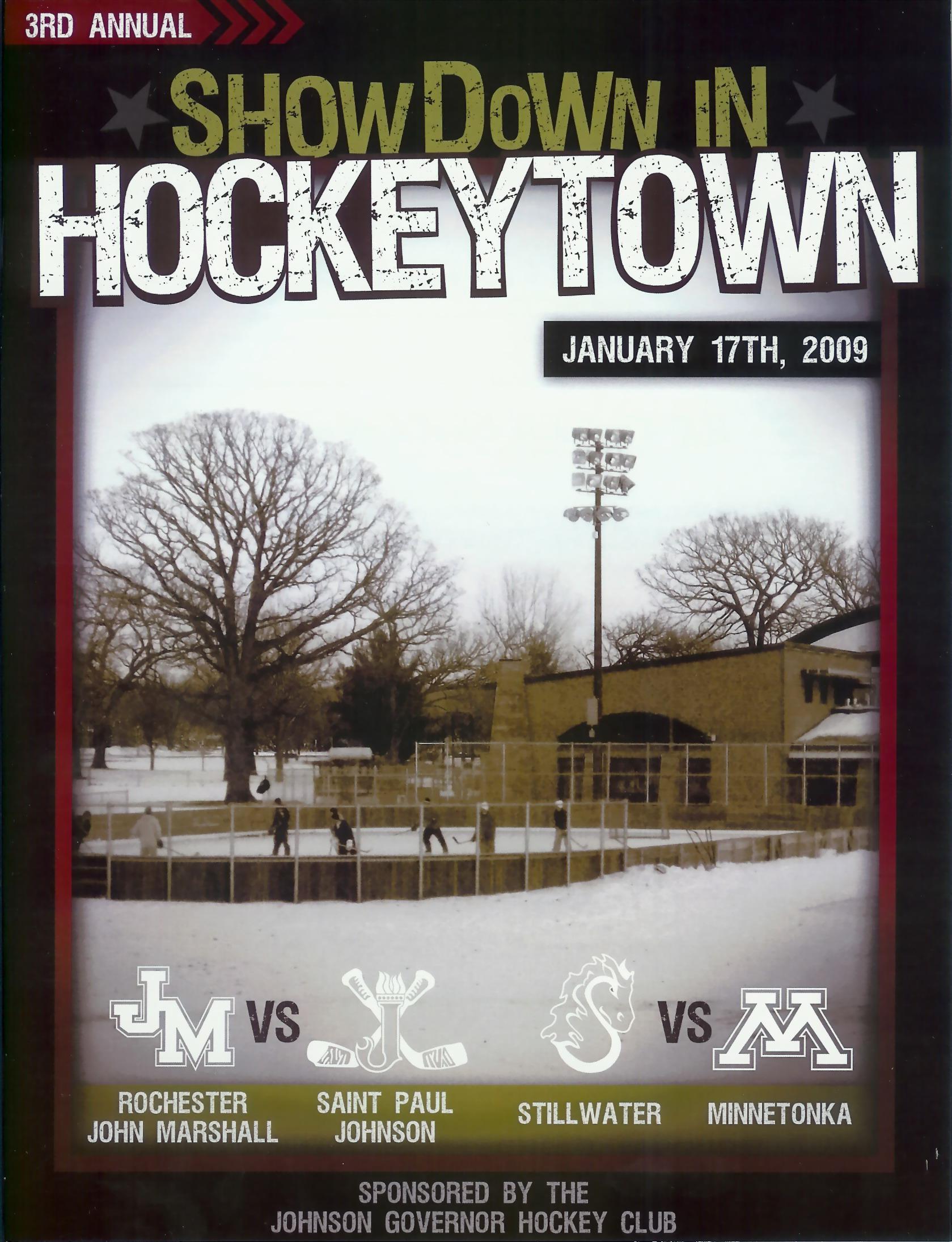 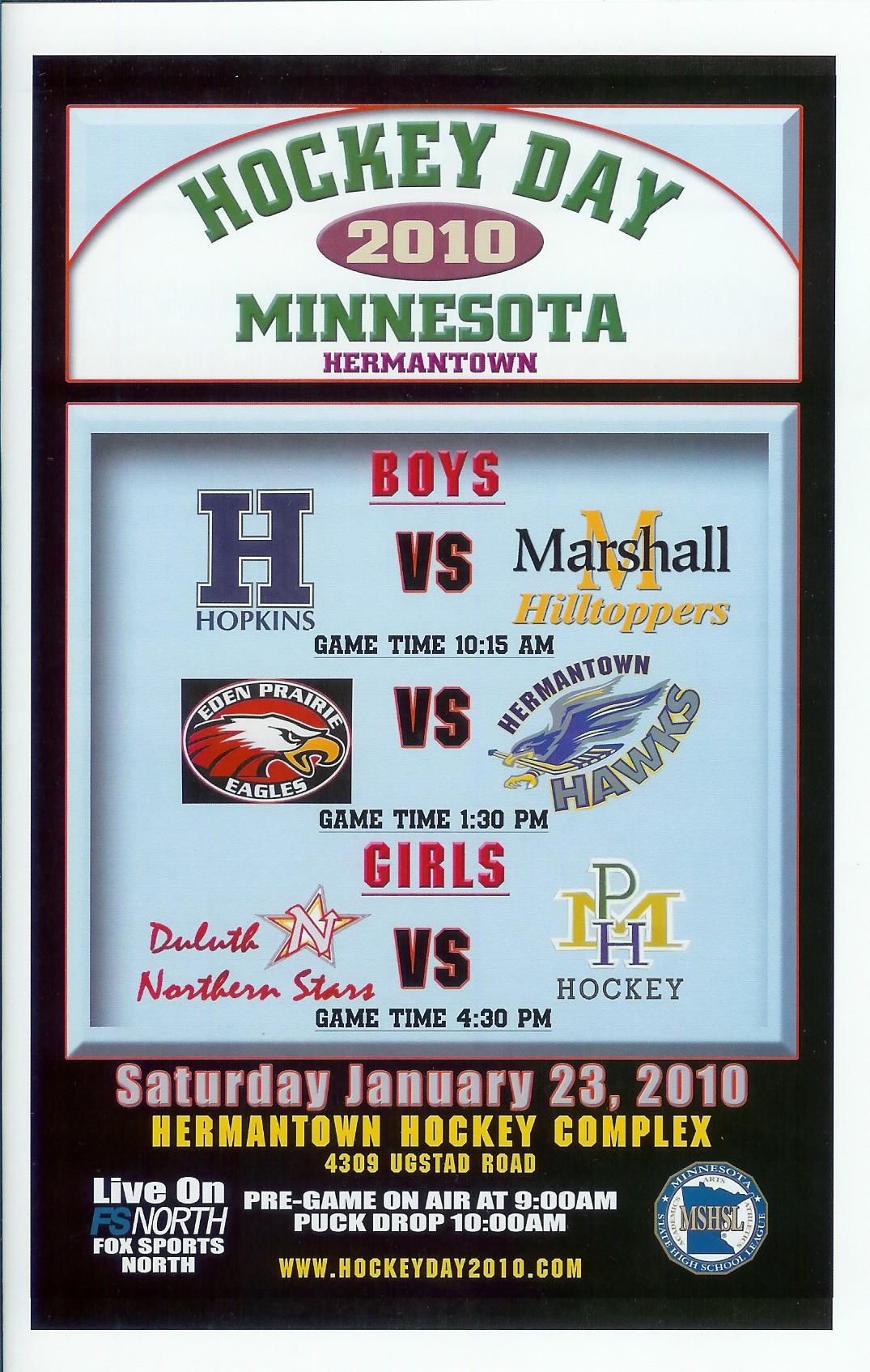 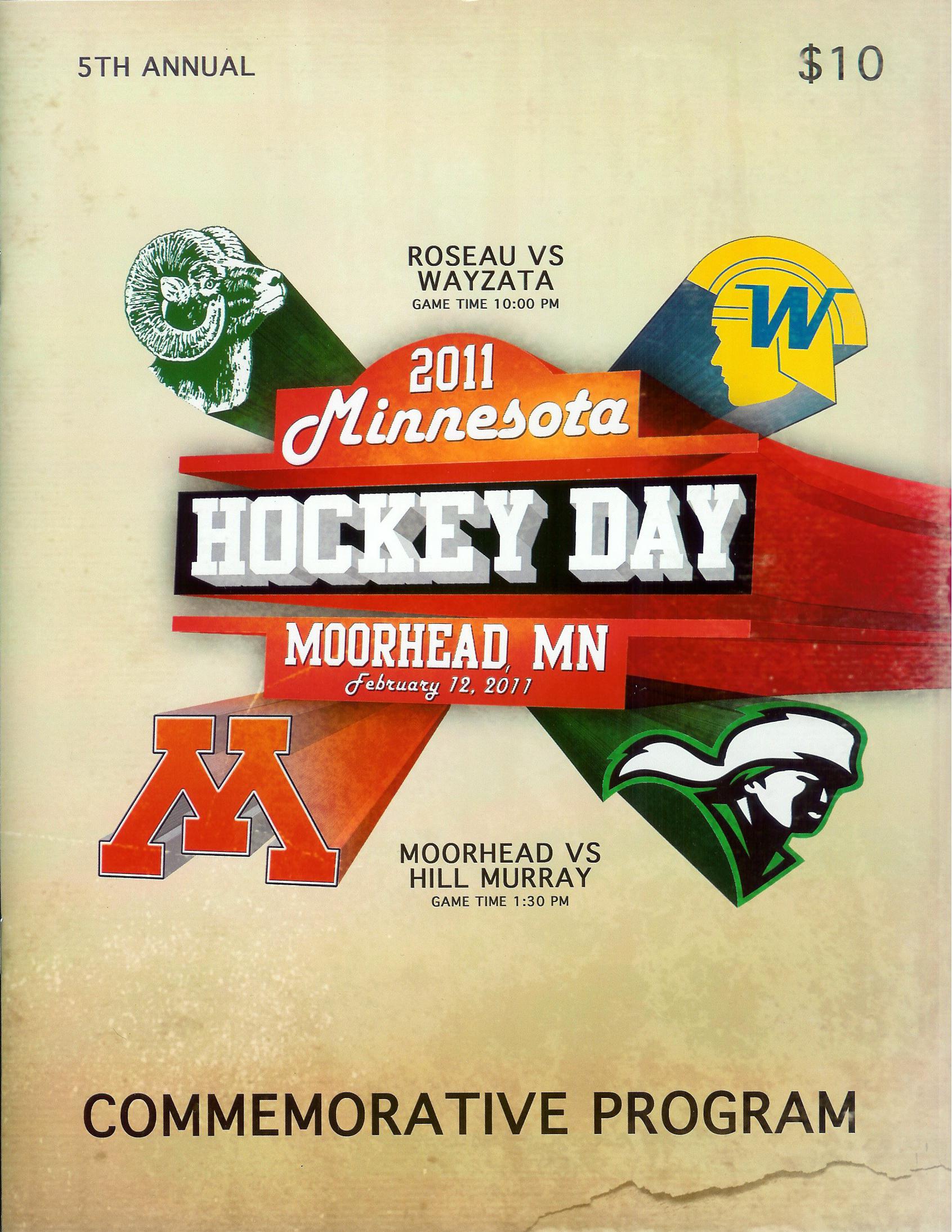 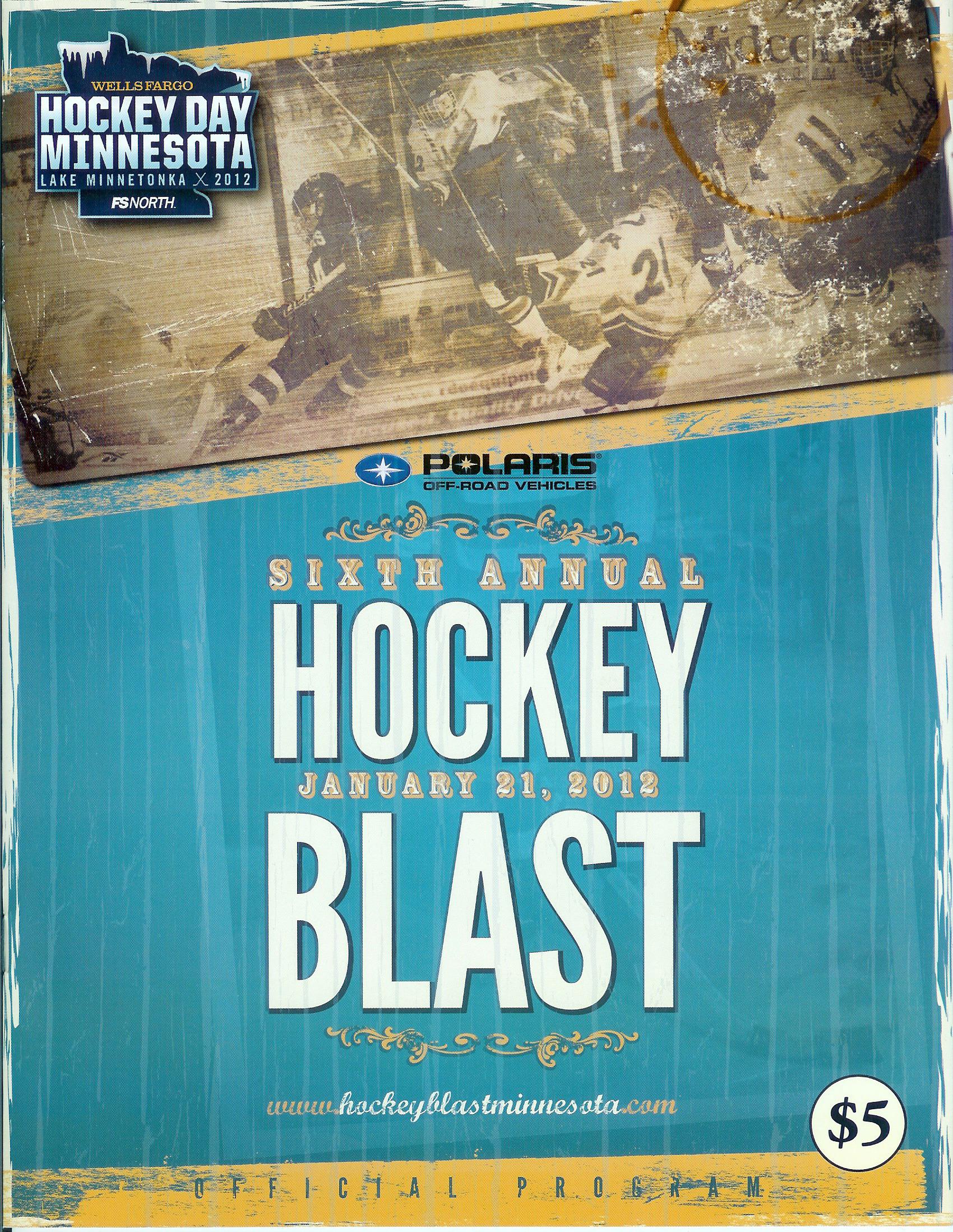 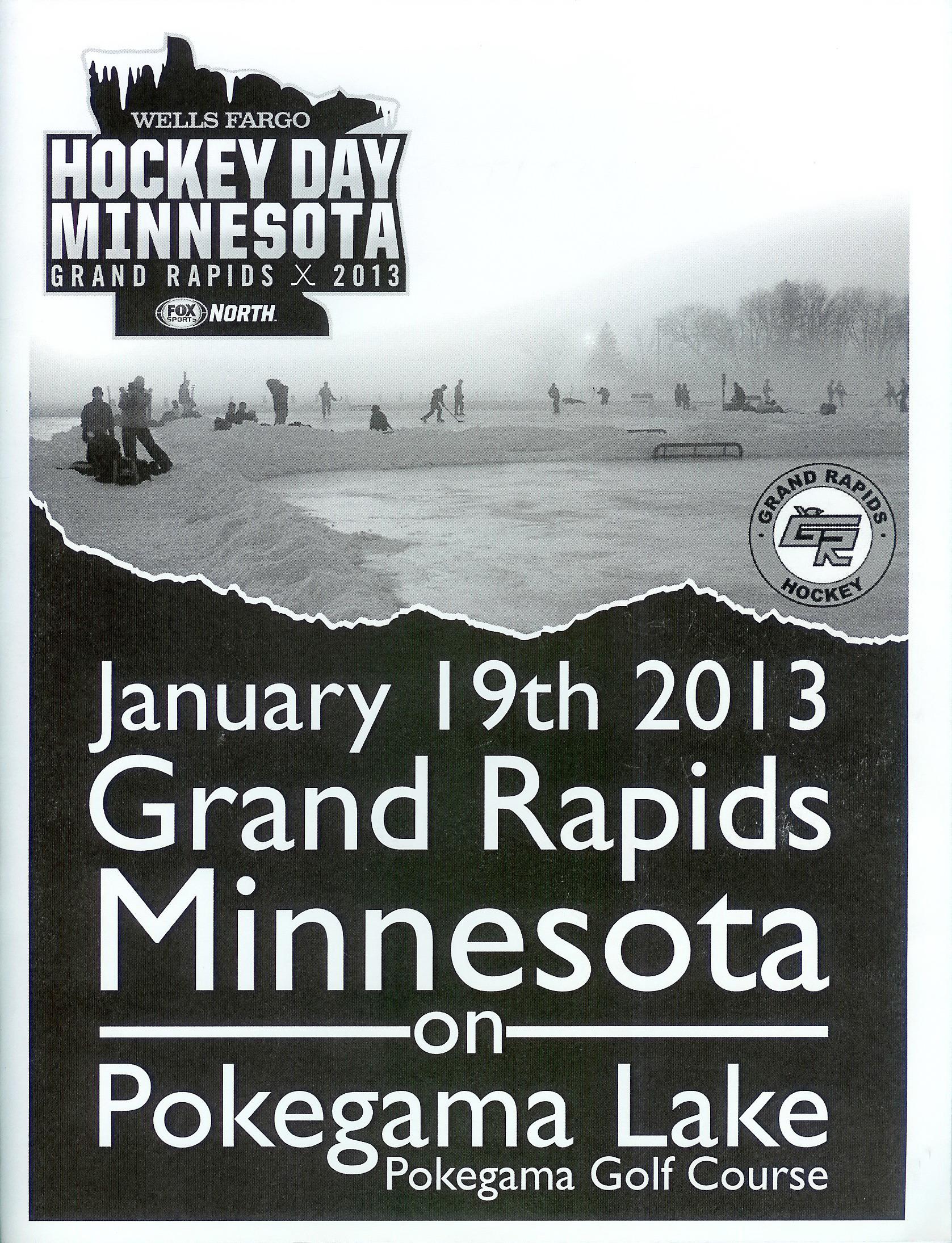 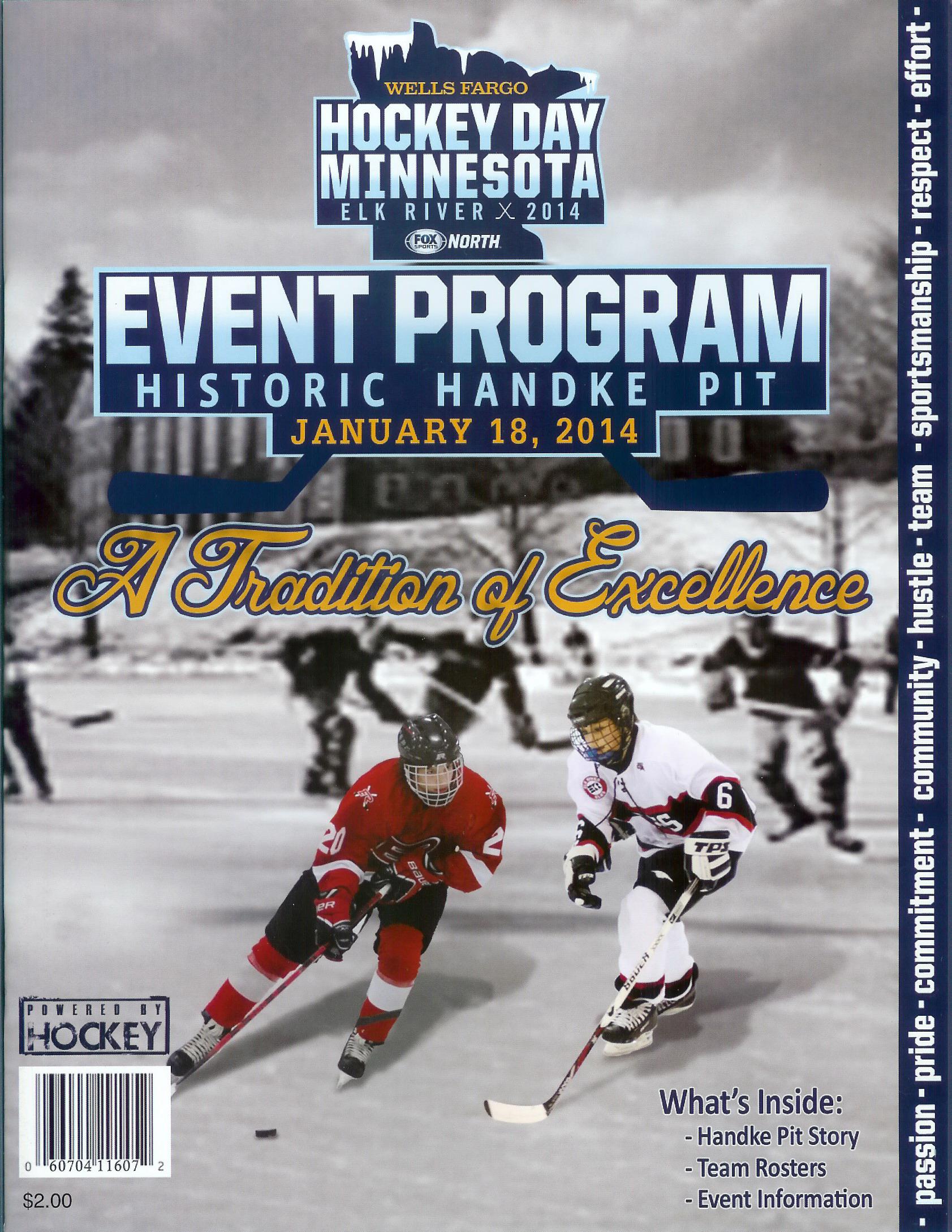 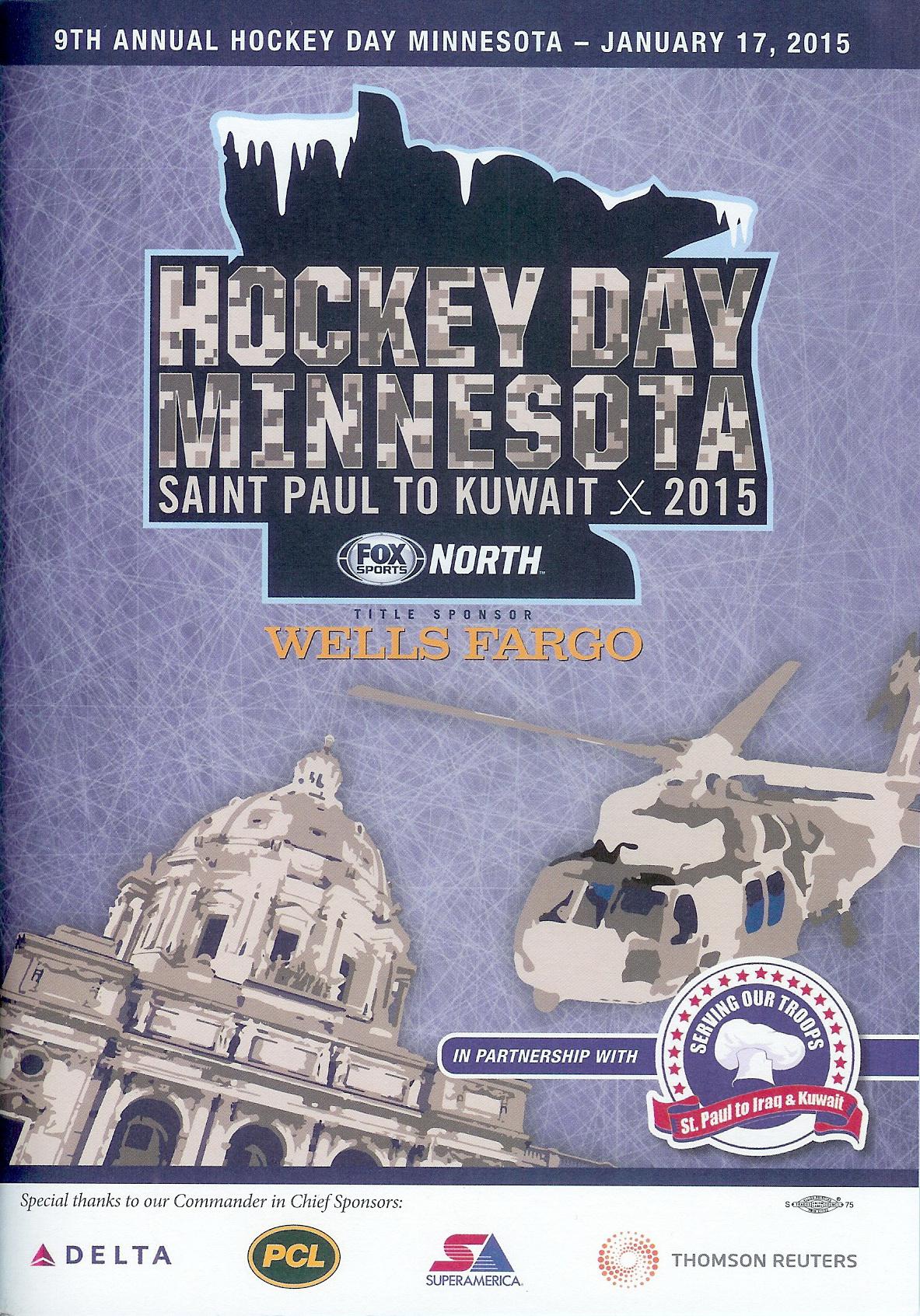 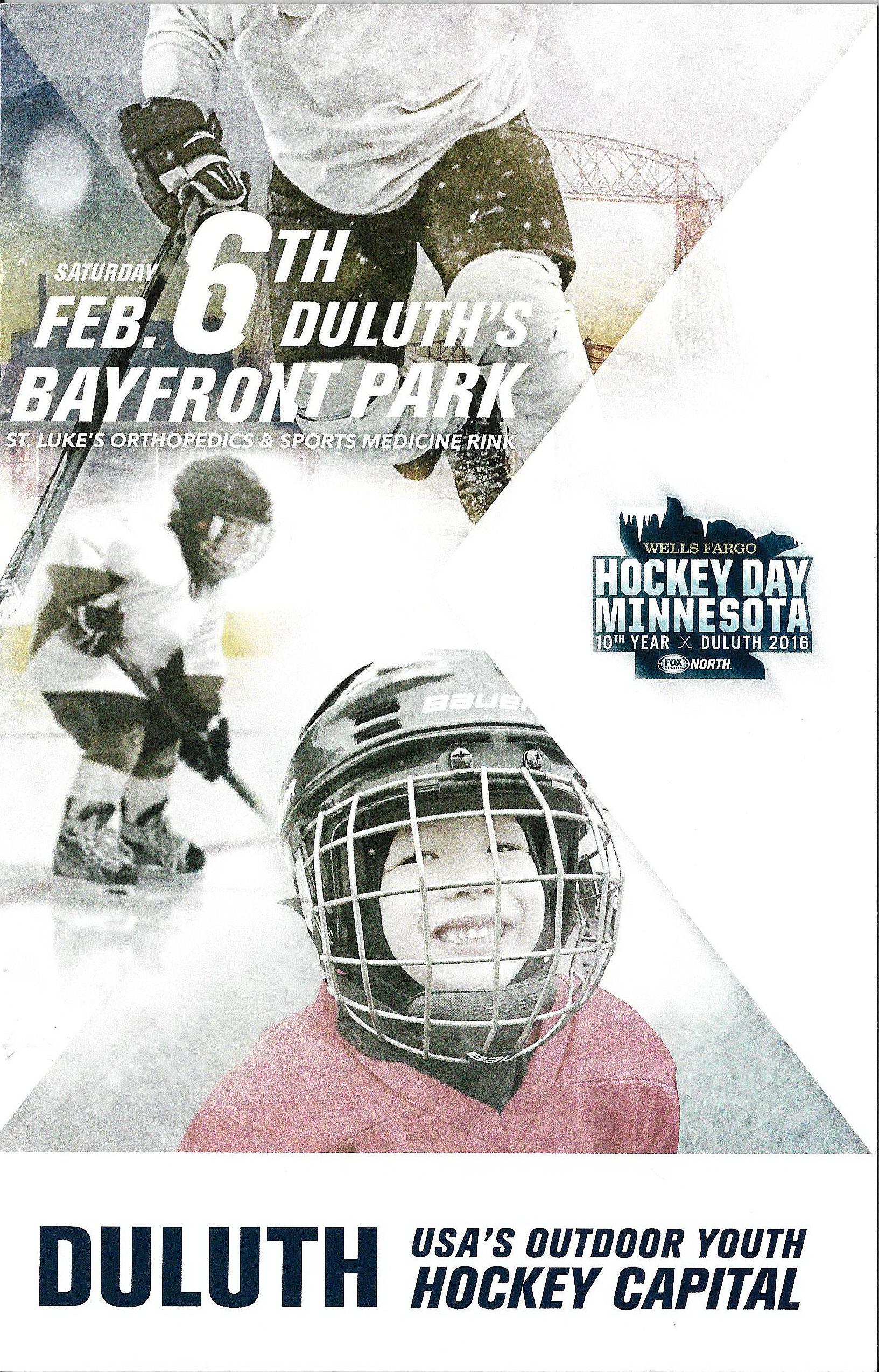 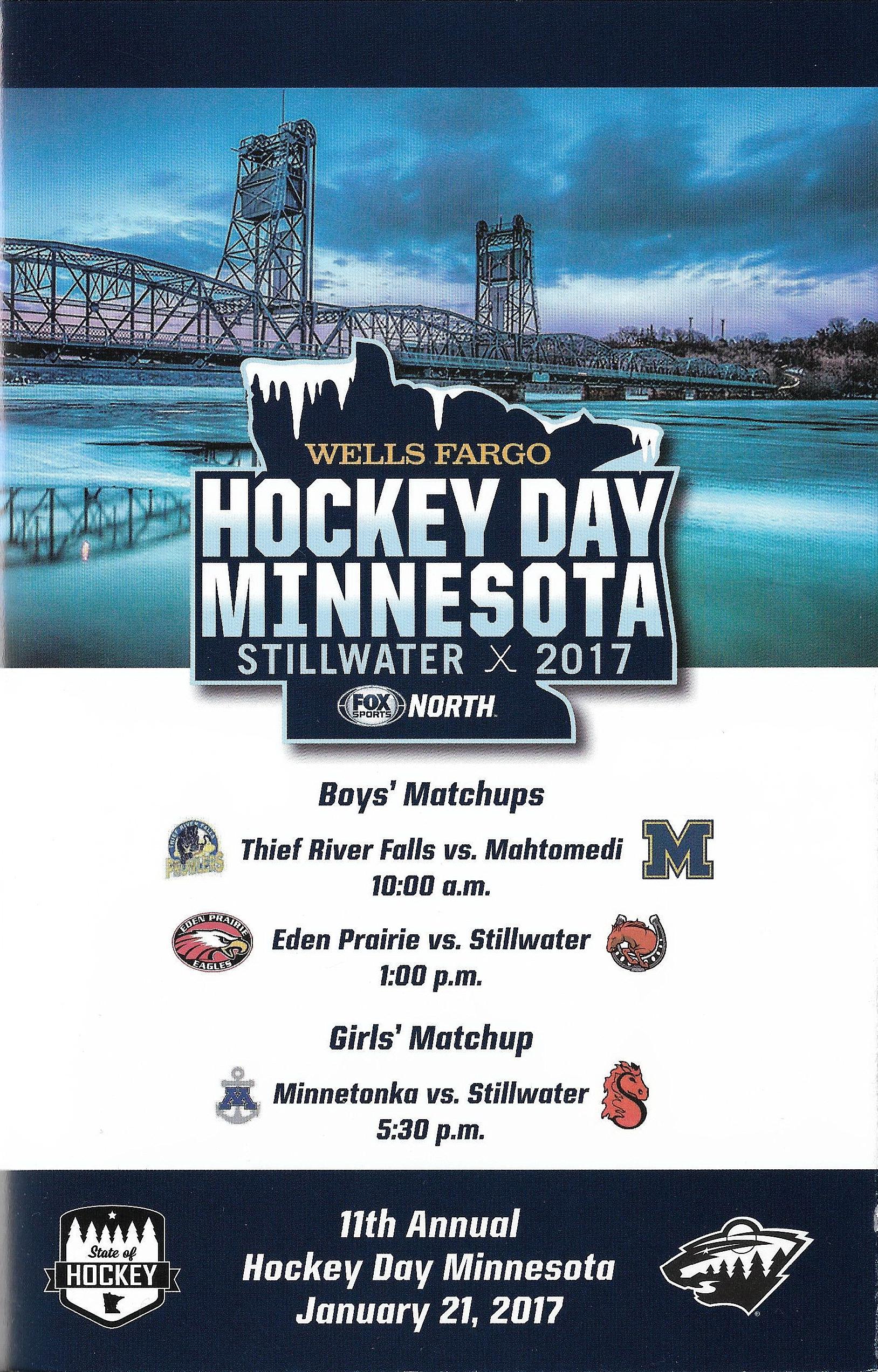 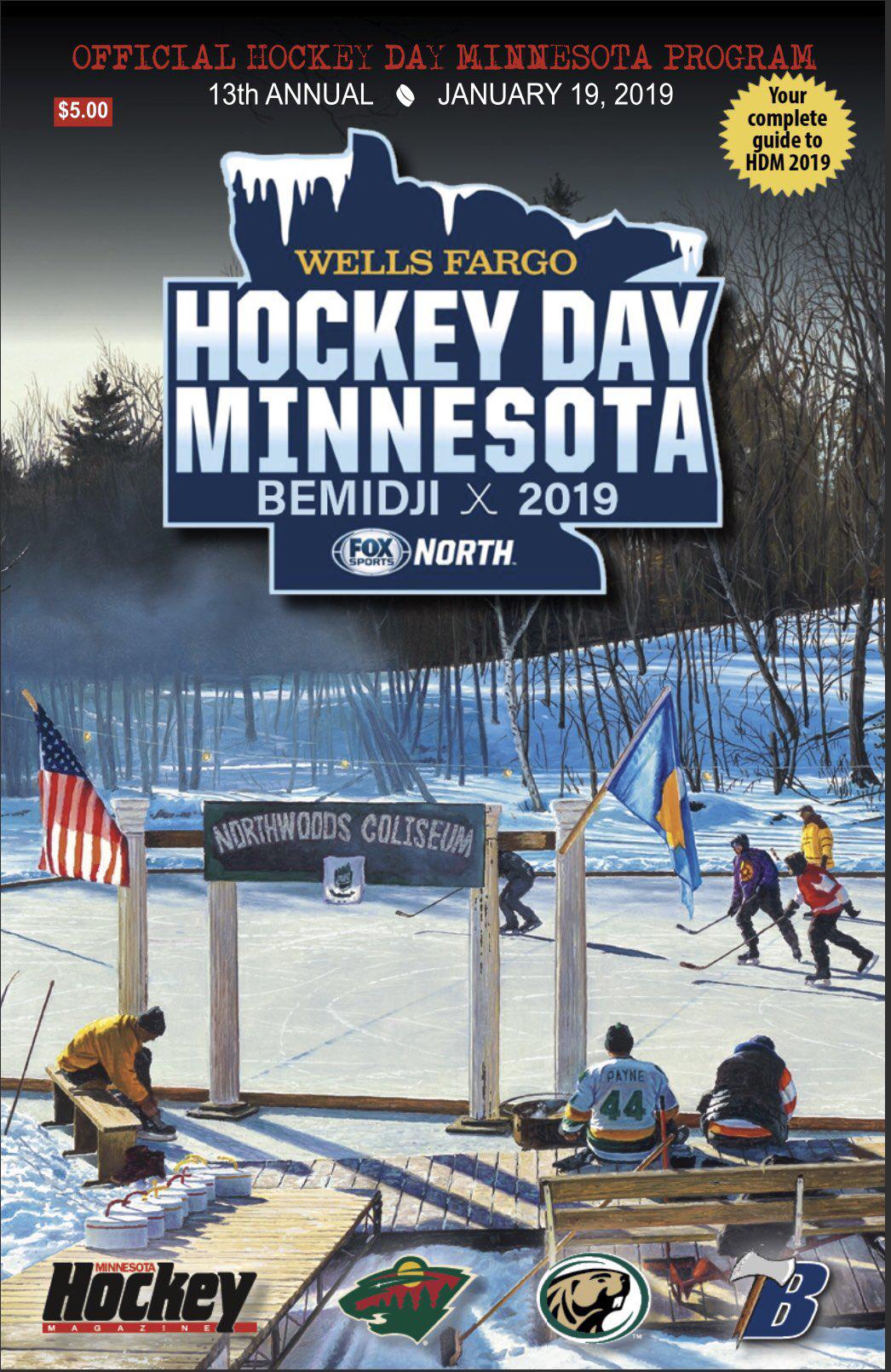 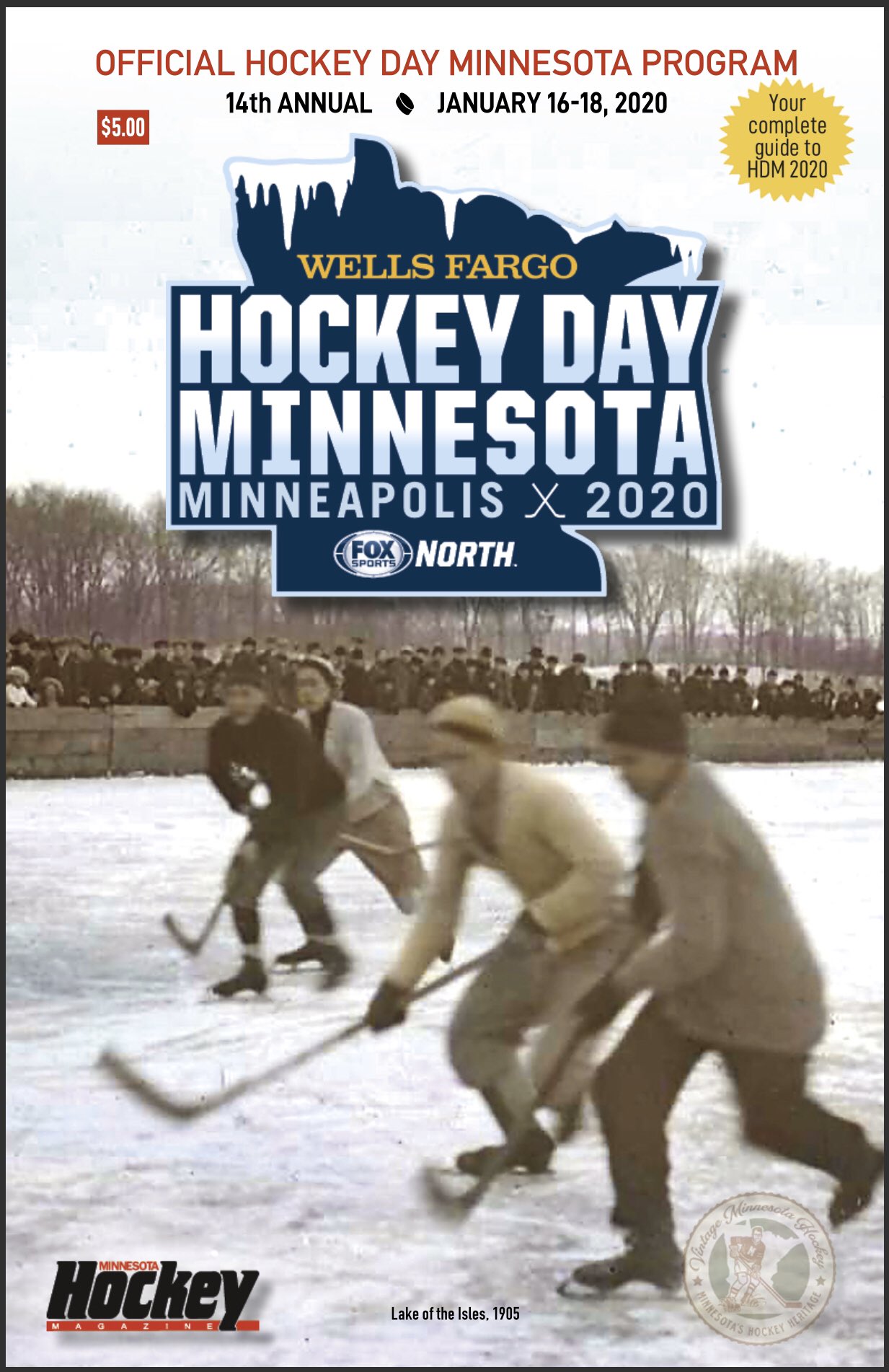