Adopted in the early 1970's where upon a team of MN high school All-Star players would face off vs. St. Paul Vulcans of MJHL/USHL, and later the Ted Brill Maroon & Gold series high school all-star games, that began in 1983 and ran through late 1990's - this event is also designed to provide the best high school hockey players in the state of Minnesota the opportunity to showcase their skills in front of scouts from all levels of hockey.

As an official NHL Central Scouting event, every NHL, college and junior hockey scout has been invited to the game.  The Minnesota High School All-Star Prospects Game will put the best of the best on the ice at the same time, pitting elite players from around the state against each other, all in a world-class setting and state-of-the-art facility.

Players are nominated by an undisclosed panel made up by NHL scouts, college coaches and other hockey-minded entities.

The winning team is awarded the State of Hockey Cup.  This trophy, along with a photo of the winning team, is displayed at TRIA Rink. 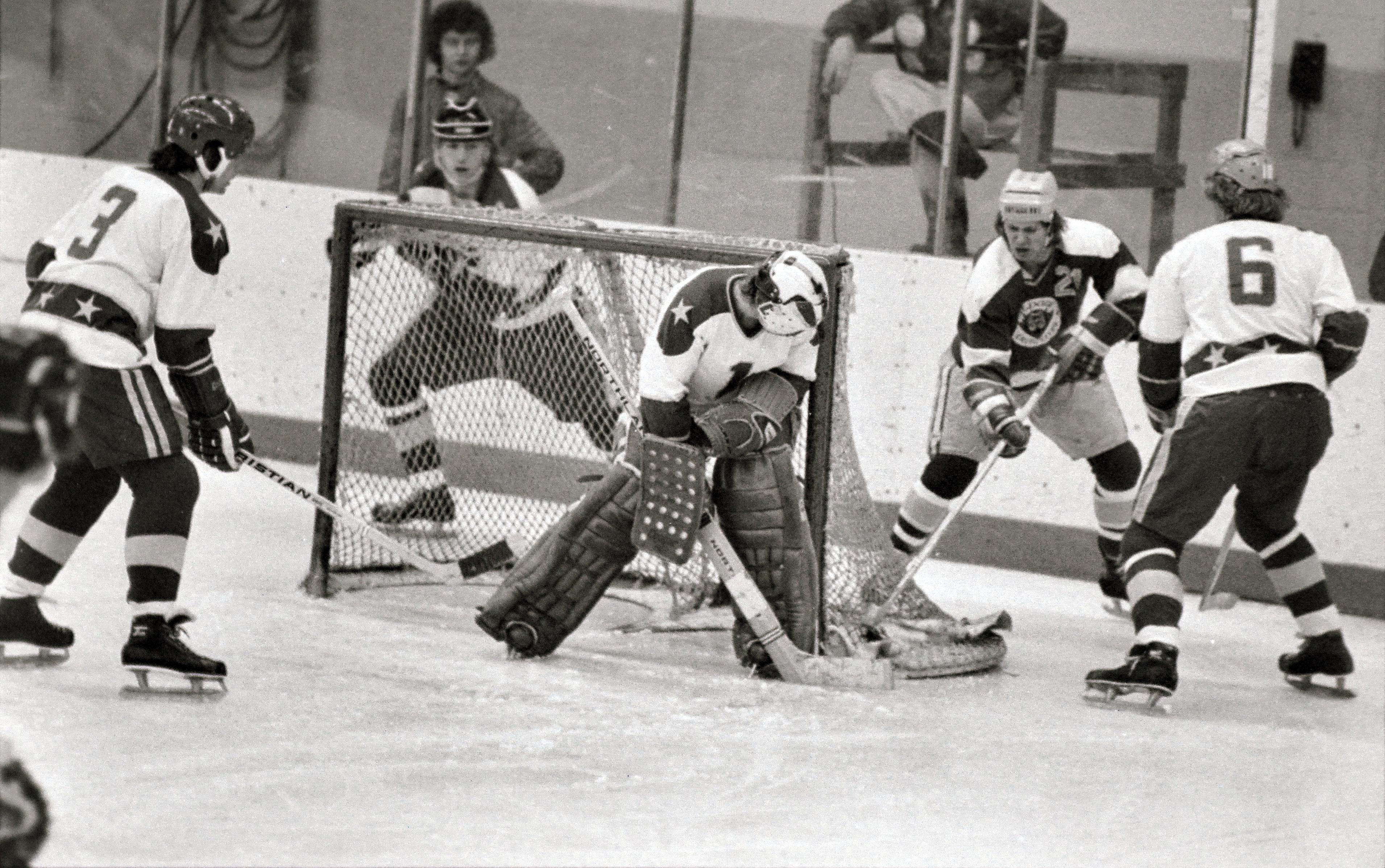 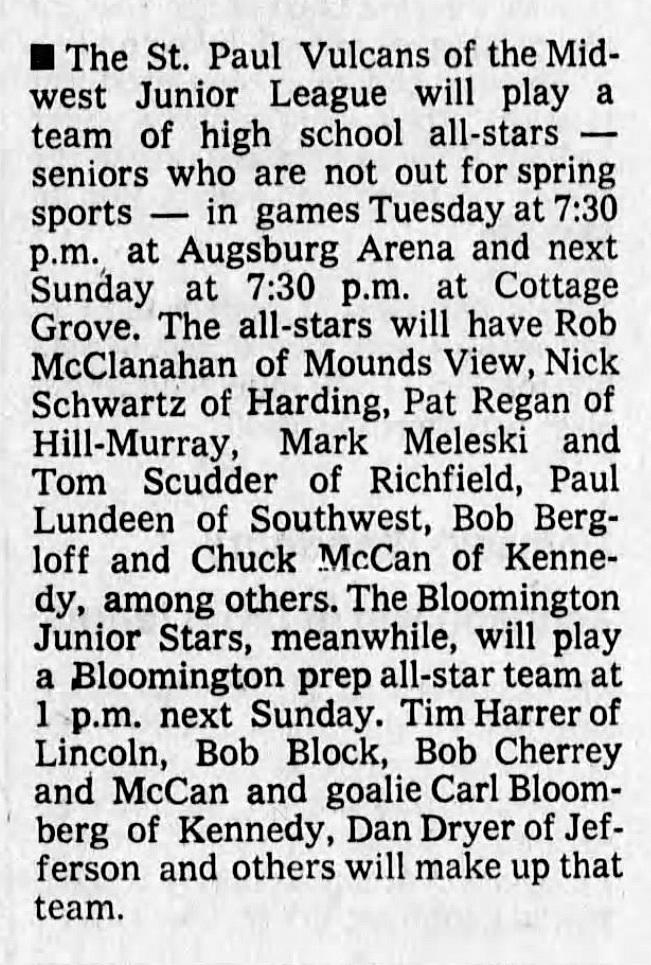 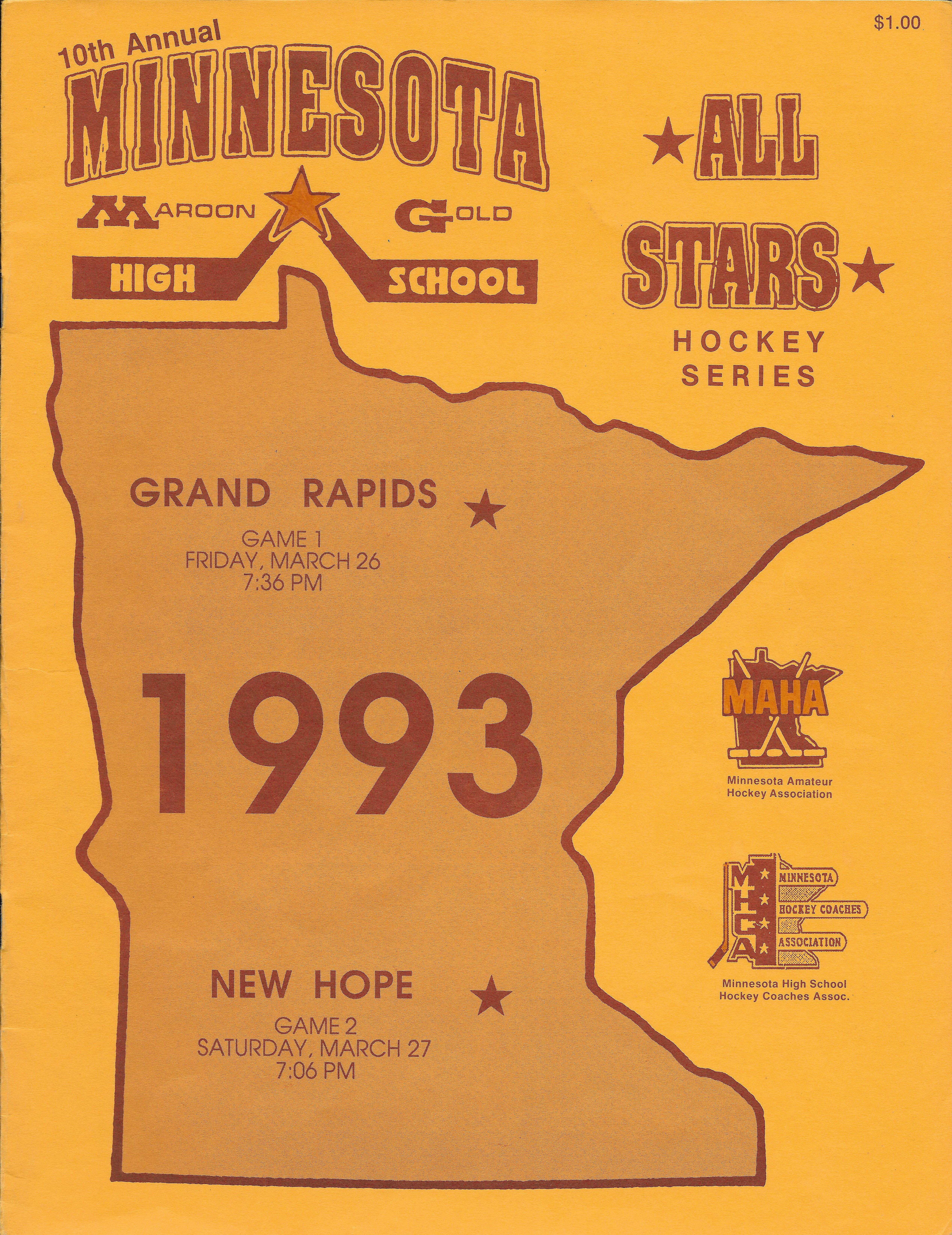