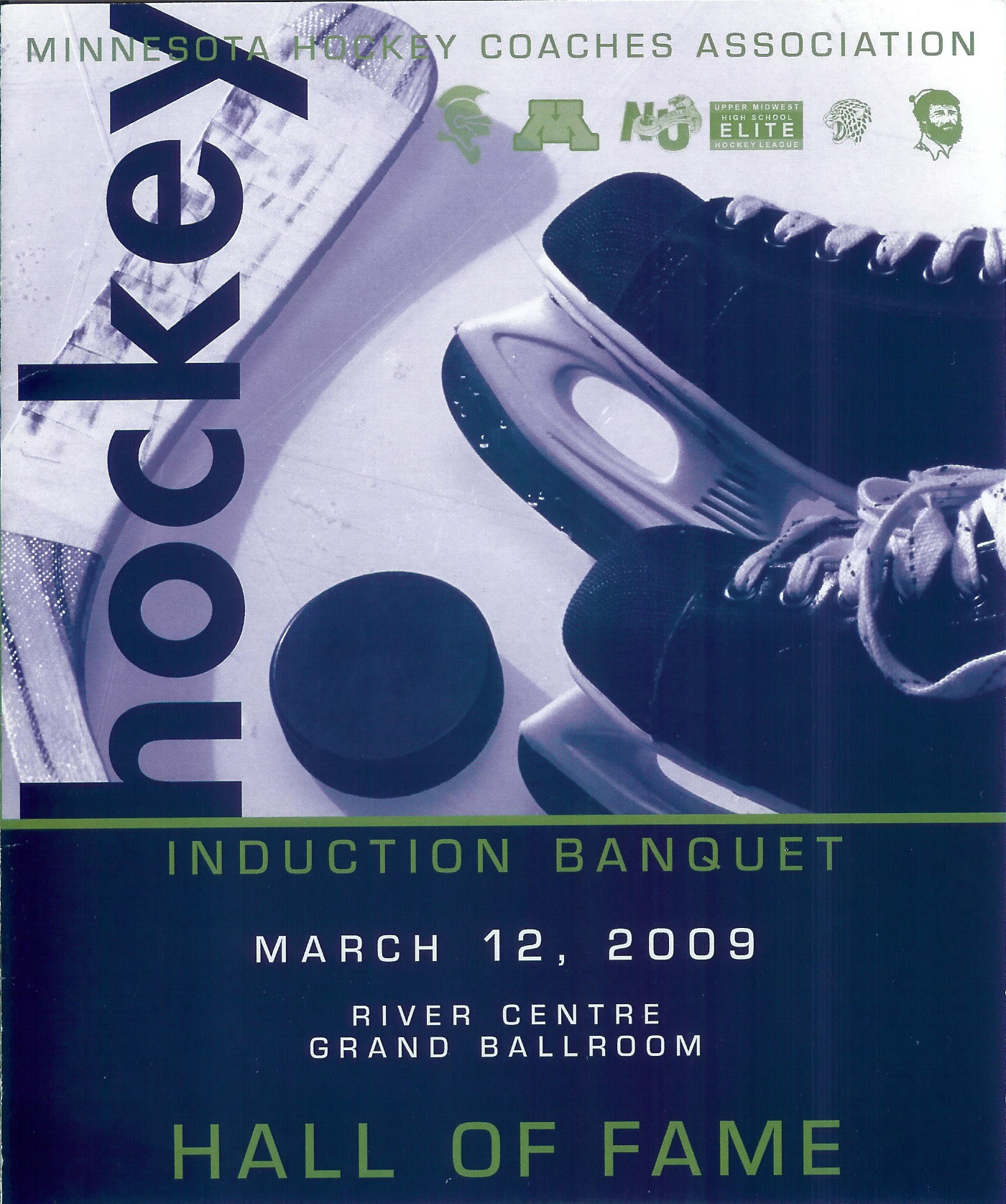 Jack Blatherwick is truly an original.  Widely recognized as the top hockey physiologist in the country - NHL, College, and Olympic coaches have long sought his advice and guidance on how to train and develop their players.  Beyond Dr. Blatherwick's expertise in training and conditioning, he is also recognized as one of the sports most innovative thinkers. "Hockey Philosopher" would be a most fitting title for Jack.  One cannot begin to count the hundreds of coaches and players that have sought out his advice and insight throughout the years.

While he has spent a considerable amount of his career in the collegiate and professional ranks, Jack's true love has always been Minnesota high school hockey.  His first high school coaching position was at Breck School where he served as the head coach for the Mustangs for 11 seasons.  It was there where he began his path to researching how to best develop hockey players.  It was a journey that would see him land on the staffs of the New York Rangers, Washington Capitals, two US Olympic teams and the University of Minnesota.  In between some of those coaching stops he guided teams at Wayzata, Hamline University, Hopkins, and Minnehaha Academy - whom Jack played for while in high school himself.  Jack joined the staff of Benilde-St. Margaret's in 1997 as an assistant coach for eight seasons - where he worked as the Director for Athletic Development.  During that time Benilde-St. Margaret's won two Class A State Championships.

Jack has been part of Let's Play Hockey newspaper most widely read and provocative columnist over the last decade.  The author of the book Overspeed, he literally paved the way to a new way of on and off ice training for the hockey player.

Jack Blatherwick's impact in high school hockey spans over four decades.  And it is an influence that has been far more profound than any external measurements.  A devout believer in the potential of each individual, Jack has always believed that hockey served as the greatest classroom that a teacher could wish for.  Jack Blatherwick is the teacher and coach that all players wished they had at least once in their lives. 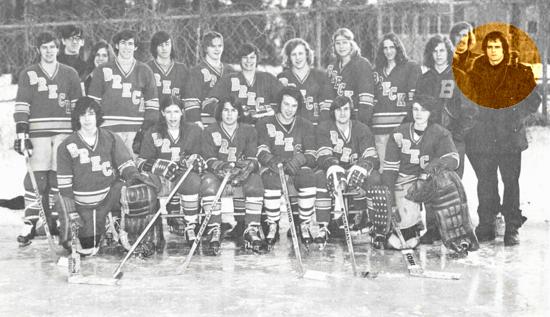 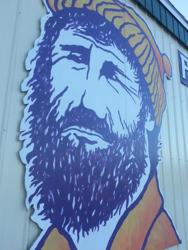 Bill played a bit of hockey at Minneapolis Edison and St. Cloud State.  With merit, his career was filled with memories while coaching.  When Bill was in high school, he assisted coached a few youth hockey teams, and later following graduation coached the Gilbert Bantam A and B teams under head coach Billy McKenzie.  "I was exposed to some of the greatest coaches the state has known in; Larry Ross and Bob Gernander along with being exposed to some of northern Minnesota's great teams from International Falls, Hibbing and Eveleth". Following coaching in Eveleth, Bill took a position in Cloquet as he vividly remembers;  "we were an outdoor team in search of ice time - and we skated anywhere we could on ponds, lakes, streams.  We tried a few bond issues that failed, and decided we needed to try something different".

"Twenty guys went house-to-house and collected over $35,000 to build an indoor arena in Cloquet.  The construction on the newly built Pine Valley Ice Arena started in July and was completed in time for the season to begin. Hundreds of people helped; Moms, Dads, players and fans alike.  Fifty people were putting plywood on a roof at night in October was quite a site"!  Kennedy was the architect in taking the school to the next level by getting local residents to volunteer in construction of the famed Pine Valley Ice Arena.  The project was completely self-funded by residents and construction was complete in 1970.

For over 20+ years Mr. Kennedy worked with Dan Stanaway, Dick Barthod, and a lot of hockey loving tough kids to better Cloquet hockey.  The Cloquet "Barn" as it became affectionately known as was all for hockey - from 4:00a.m. to 10:00p.m. "When the Cory Millen group came along, we started to get some statewide recognition, and finally made it to the State Tournament".  Cloquet has had over 30+ Division I kids and many more in Division III, additionally kids on National teams, Olympic teams, and names put on the Stanley Cup.  Five played a stint in the NHL with recognition belonging to the people who built Cloquet hockey tradition, and continue to keep it alive today! 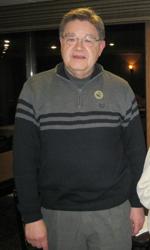 Tom Macho's story is parallel to the growth of hockey in southwestern Minnesota and it really shows how hard people work for their programs.  New Ulm hockey started with 1 outdoor rink and 5 youngsters and grew to a program that built 3 ice rinks.  Mr. Macho started coaching 4 decades ago, 43+ years to be exact. After playing for a short time on the Mankato State club program, he got the bug to be a hockey coach.  "I learned that starting a hockey program in the southwestern part of the State would be hard work".

In 1969, with an education and coaching degree, he took a teaching job in New Ulm.  Larry Kobs, New Ulm's first Park and Recreation Director, was willing to give Tom a chance to start a hockey program.  Mr. Macho built a new outdoor hockey rink with square corners.  "In 2 years we had a in-house Squirt program, a traveling PeeWee team, and traveling Bantam and Midget teams - all of which I coached".  "We even had a girls Squirt league with 3 teams before girls hockey was even thought to be an option.  Our Bantam teams went to 3 VFW State Tournaments and participated in 2 MAHA Hockey Tournaments".  This was all accomplished on 2 outdoor rinks,  this was "old-time hockey" at it's finest!

This led to the formation of the New Ulm Hockey Association.  Tom was blessed with a great group of parents who wanted only the best for the program, not just their sons, but for the betterment of the Association.  Tom was named the first hockey coach at New Ulm high school and was fortunate with some of the best athletes in the area.  The first 3 year, New Ulm had 51 victories in 54 games.  The highlight of the formative years, Tom stated "was a major upset of Rochester Mayo and an appearance in the quarter finals of Section 1 played at the Met Center that resulted in a 6-1 loss to Bloomington Lincoln".  "We hadn't skated on ice for over a week prior to the game due to warm weather". - This alone sparked the parents of New Ulm to build an indoor rink.

With the help of local businessman Ken Ficher and Bob Utecht (of Let's Play Hockey Magazine fame), a golf tournament was started to help raise money and bring awareness for an indoor arena.  With the association and city working together to get an indoor rink in New Ulm, it finallly became a reality and opened in 1979.

As a member of the Coaches Association in 1975, Tom got to know many of the icons of coaching.  His first experience, at his very first MHCA meeting, Dave Peterson from Minneapolis Southwest high school came up to Tom and asked him "where he was from, and where he was coaching"?  Tom knew then that the MHCA was a hard working group and friendly. During Tom's 33+ years coaching he was fortunate to have some of the best people, and the best hockey coaches to work with.  Great people like; Mike Menard, Kevin Armstrong, Andy Shriver and Mike MacMillan - they were all great coaches, great people and good friends of Tom.

Every head coach cannot talk about success, especially longevity, with having the backing of his or her family.  Toms wife Marilyn, not only game him the support needed, but she too was involved in the program volunteering in any way she could - taking tickets for high school games, baking cookies for the referees, etc.  She too was awarded the "Hockey Mom of the Year" by Let's Play Hockey Magazine in 1996.

In 2007, after 31 years behind the bench, Toms term at New Ulm high school came to an end with an overall record of 375-290-11.  Following retirement he remained to get his hockey "fix" by working at both the New Ulm Civic Center and the Sleepy Eye Ice Center. 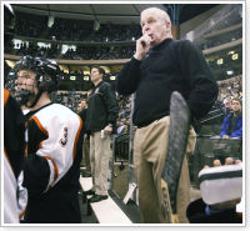 Terry Shercliffe enrolled at the University of Minnesota Duluth in 1962 and graduated in 1965.  White at Duluth he was a 3 year letter winner in hockey, was named to hockey Captain, and was honored as the "Male Athlete of the Year".

Terry was hired by Moorhead high school again as physical education teacher in 1976 and head hockey coach.  In 1986-1987 he served as the head hockey JV coach, and in 1988 he became assistant coach for the varsity team - a position he held until 2007.  Coach Shercliffe had held a variety of coaching positions in Moorhead including football and track.

Shercliffe served on the Moorhead Youth Hockey Board of Directors from 1976-1986.  From 1988 until 1992, he served as Director of Hockey for MYHA and mentored the PeeWee program and coaches.

From 1994 until 2000 Terry was the MAHA Section 15 Coaching Director.  In 1995, Select 16 coach in Lake Placid NY, and served as a presenter, clinician, and an evaluator at numerous Minnesota hockey and USA hockey functions.  Coach Shercliffe served as coach and director of the Blue Line Hockey School which Terrry founded in 1987 in Moorhead.

To many Moorhead athletes who called Terry Shercliffe their coach, his name will always be synonymous with Spud Hockey.  His legacy of service to the countless number of young people in the community has forever been etched in the history of Moorhead hockey.