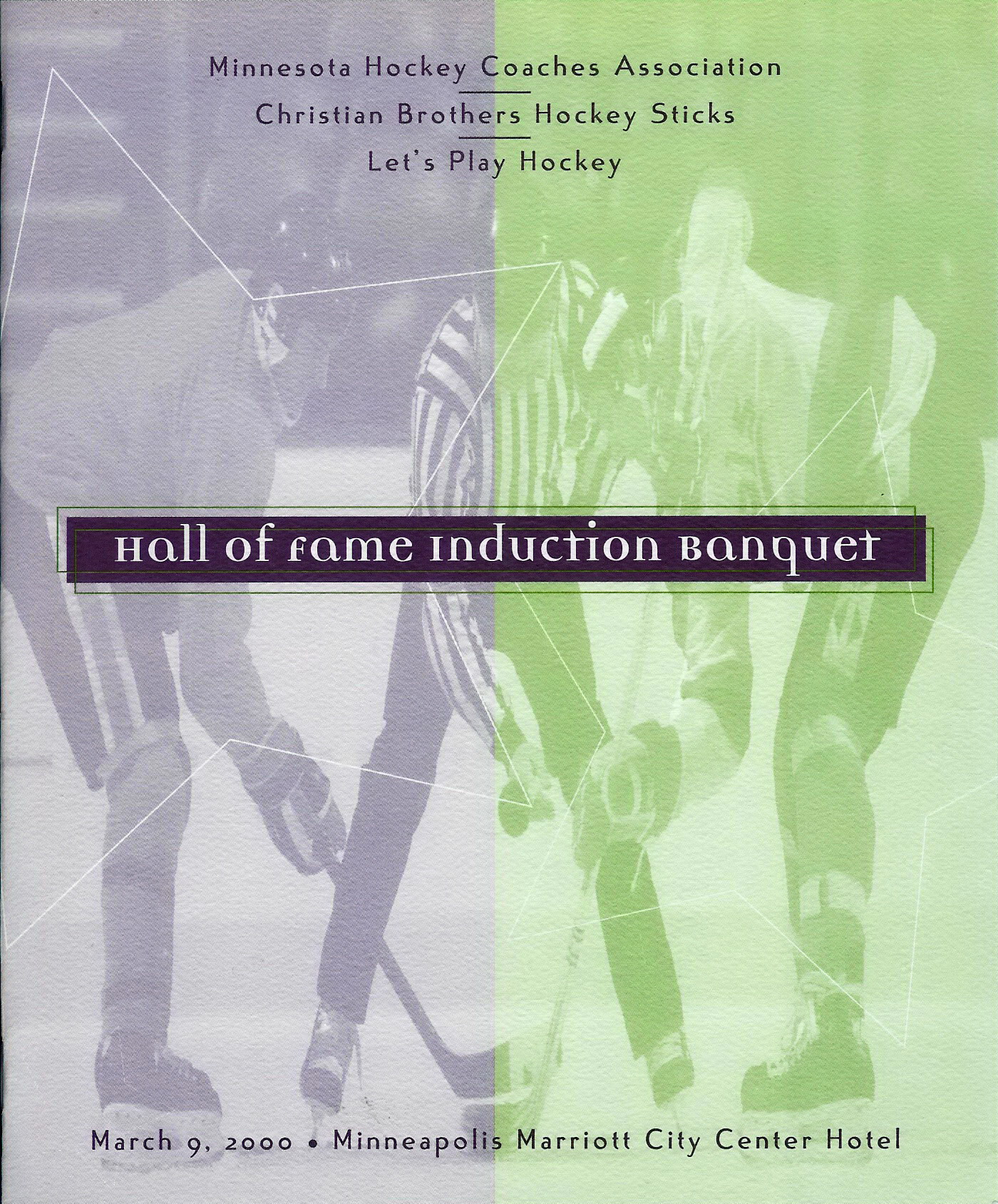 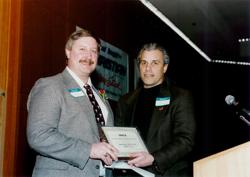 Jon was born and raised in Duluth where he played youth hockey with both Longview and the Stewart's Bantams.  He graduated from Duluth East High School where he lettered in football, hockey, track and baseball.  He attended both Iowa State University and the University of North Dakota graduating from UND.  While in college he began his coaching career with the East Grand Forks Bantam B's.

Jon's high school coaching career began as an assistant under Buzz Olson at East Grand Forks.  Jon served as a head hockey coach at Hallock, Warroad and Crookston.  While at Crookston, Jon's teams made it to the Section 8 finals in both 1987 and 1992.  The 1987 Crookston Pirates compiled the best record in school history with a 19-4 record.

During his coaching career Jon was very active in the Minnesota Hockey Coaches Association and other hockey administration posts.  He served as the Section 8 representative on the MHCA Executive Board as well as Executive Secretary of the MHCA.  During this time he served on many and various MSHSL committees that dealt with issues such as the two tier/two class State Tournament, additional games in the regular season, the 20 minutes period option during holiday tournaments, negotiations between Junior and USA Hockey officials in regards to high school eligible players, the evolution of the high school All-Star series from the Maroon and Gold to the eventual "Great 8" format, to Class A and Class AA resectioning.  Jon was also a runner-up for President of the Minnesota High School Coaches Association.  Jon also served as District 16 Director for MAHA and was the Minnkota representative on USA Hockey's National High School Board.

Jon resides in Crookston, MN where he has flooded and maintained his backyard rink for years for his three Crookston playing boys: Mark, Ryan and Paul whom have all participated in Pirates youth hockey. 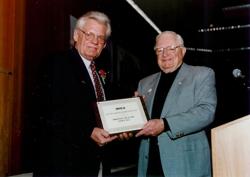 A Native of St. Paul, Ted has been a hockey coach - his first love - for 40+ years serving at a variety of levels in St. Paul, Moorhead and Grand Rapids. Ted served as assistant coach at Moorhead high school from 1962-1966, and at Grand Rapids high school in 1980-1981.  He has coached Minnesota Hockey youth championship teams at the Pee Wee and Bantam levels and had teams in the State Tournament on a regular basis.  In addition Ted has served as head coach, along with his long-time coaching associate Dave Hendrickson, of the Minnesota team, participating (in the Chicago Showcase Tournament) in which Minnesota won three consecutive Championships in the Chicago from 1998-2000.  Ted also worked with the Select 15 Minnkota team and was one of the coaches of the Select 17 team in 2000.

In addition Ted has been an active hockey administrator on both the state and national level since 1973.  He served as liaison between Minnesota hockey and the Minnesota High School Coaches Association starting in 1978.  Ted additionally served as Chairman of Minnesota Hockey's Player/Coach Development programs for many years, creating a variety of programs and opportunities for the Minnesota player.  Ted also was the first USA Hockey coaching program Director in Minnesota serving in that position from 1974-1982.  Ted served on the Board of Directors of Minnesota hockey for 25+ years and USA hockey for 25+ years and was a National High School Director for USA.  Ted also served as Executive Director of the US Hockey Hall of Fame from 1993-1998.

Minnesota Hockey, established the Ted Brill "Think out of the box" Award in 2006 with great respect and fond memories of one of their most influential leaders.  The Brill Award is presented annually to an individual who has at least 10 years of service to any of the various player development programs (such as STP, HEP, Advanced/Selects, HS All Star Series).  The Vice President of Hockey Operations presents the award at the Minnesota Hockey Annual Meeting in the spring. 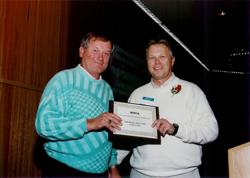 Jim Nelson is a graduate of Roseau high school in 1967 and at the University of North Dakota in 1971.  While at UND Jim was a three year letter winner in hockey and was twice given WCHA honorable mention.  In 1972, Jim began his coaching career at Grand Rapids high school as an assistant coach from 1972-1975.

As a player, assistant coach and head coach, Jim participated in eleven State Hockey Tournaments.  Additionally, Jim participated in one NCAA Tournament one one World Junior Tournament.  Jim lists, as a highlight of his career, working with many fine athletes citing the over one million dollars in scholarships awarded to Grand Rapids high school hockey players.  He also feels honored to have coached with, and against some of the finest coaches and people in high school hockey history.  Jim continued to work with Grand Rapids high school where he lives with his family for years after his retirement.