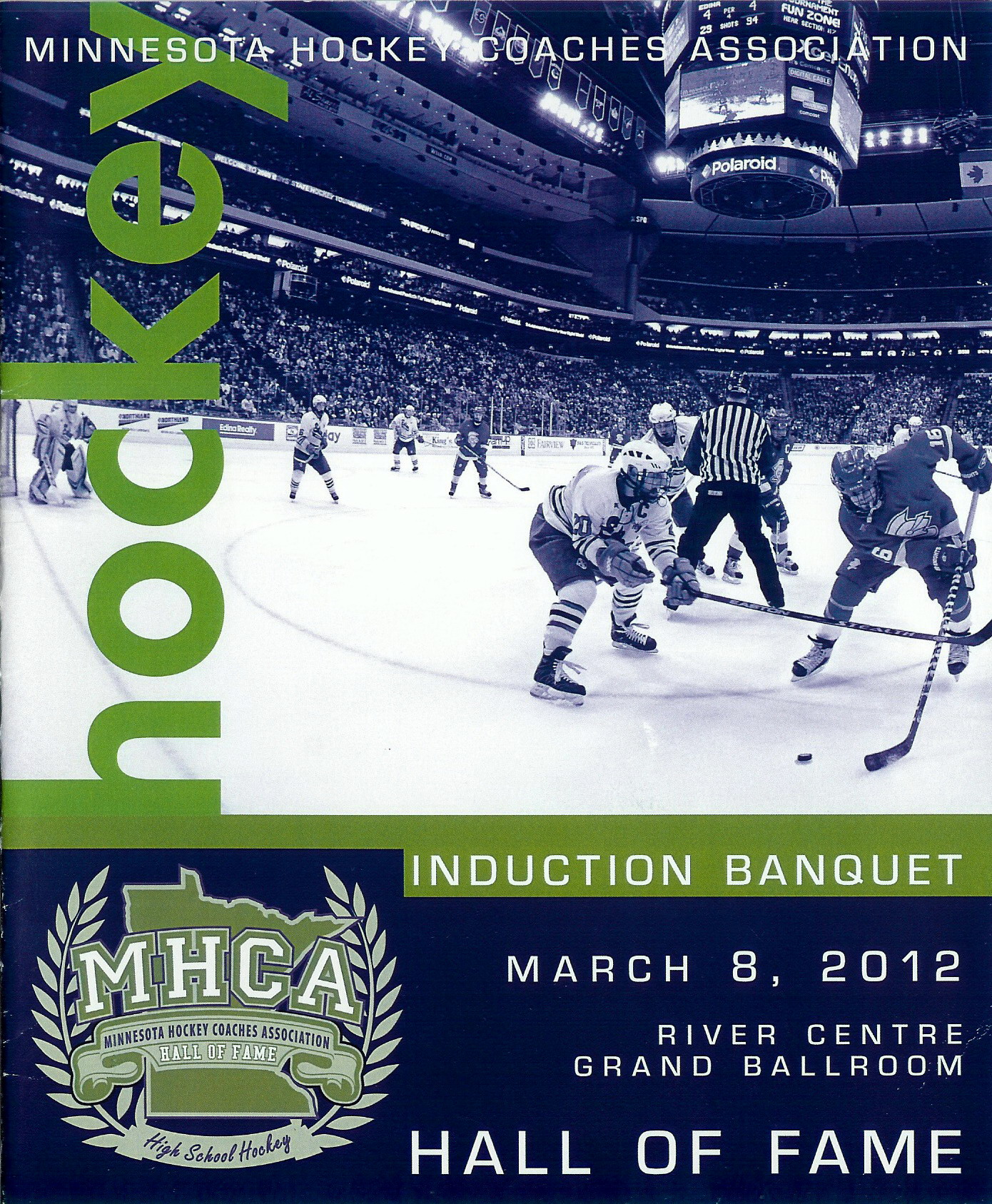 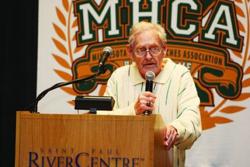 If one were to make a listing of the most influential people in Minnesota hockey history, then Doctor Harry Brown's name would need to be in a prominent position. Harry was an important force in Minneapolis high school hockey from 1955-1967. Mr. Brown was the head coach at North high school and Patrick Henry high school during those years.  While at Patrick Henry Harry won a City Conference Championship and led his team to a third place finish at the Minnesota State High School Tournament.

All elite level hockey players owe a debt of gratitude to "Doc Brown".  He worked tirelessly to expand and improve development opportunities for the high school player both during their careers and after their high school playing days were completed.  At a time when the Minnesota State High School League would not allow a player to skate and train in the off-season, Harry was successful in bringing and winning a lawsuit to allow those players to pursue on ice development during the off season.  The first fall development leagues were founded and run by Harry Brown.  He also was the driving force in establishing junior hockey in Minnesota so that post graduates would have a further opportunity to develop.

After his years with Minneapolis hockey, Harry went on to serve as the Boston Bruins Head Scout or both the United States and Canada from 1967-1975.  During those years the Bruins won two Stanley Cup Championships.

Harry Brown took incredible pride in the eleven children he and his wife raised together.  During this time, he earned a Masters Degree, completed a Ph.D, and authored two books on hockey instruction.

It is because of visionaries such as Harry Brown, that Minnesota's hockey tradition is one of the best in all of amateur sports across the U.S. 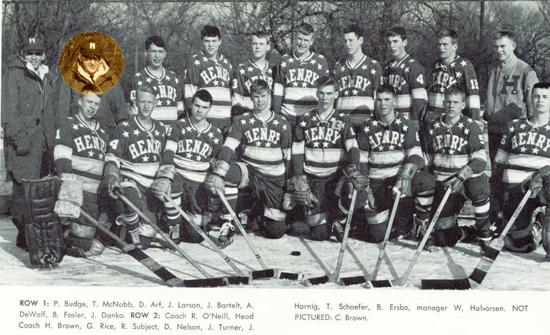 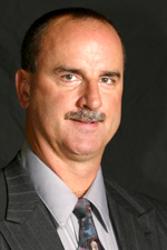 Cary Eades oversaw one of the greatest decades experiences buy any Minnesota high school hockey program, leading the legendary Warroad Warriors to three Class A State Titles from 1994-2004.  Warroad advanced to seven State Tournament berths during Eades' 11 years at the helm and sent such players as T.J. Oshie, Kyle Hardwick, Eric Olimb Aaron Marvin, Matt Ulwelling, Wyatt Smith and many more on to higher levels of hockey.  Eades posted a 237-62-6 (.787) overall record and was the 1996 Minnesota State High School Hockey Coach of the Year, and a three-time Section 8 Coach of the Year.

In a four-year playing career at the University of North Dakota (1978-1982) in which he won two National Championships in 1980 and 1982, Eades finished as the schools ninth-leading career goal scorer with 85.  Cary also played two seasons in the St. Louis Blues organization before returning to his alma mater as an assistant coach from 1984-1991 under former coach Gino Gasparini. Eades then spent two seasons as general manager and coach of the Dubuque Fighting Saints of the USHL, winning the 1993 Junior National Title, before taking over at Warroad.

After a wildly successful stint with the Warroad Warriors, Eades returned to North Dakota as an associate head coach under coach Dave Hakstol.  His duties includes coaching the teams defenseman and the power play.  Eades was always heavily involved with USA Hockey and was named head coach of the 2006 USA Hockey Under-17 team that participated in the Three Nations Tournament in Rochester, N.Y. 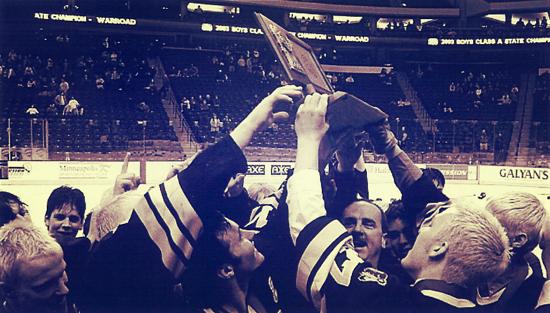 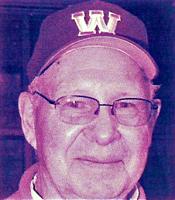 When former Wayzata hockey coach Keith Schafer found out he had been nominated for the Minnesota High School Hockey Coaches Association Hall of Fame, he was stunned. When he learned he had been elected, he was humbled. "When you are coaching, you don't ever think about getting an award like this", he said.  "I didn't ever have a State Tournament team, but I was able to find the positives.  I built my career on class, respect, sportsmanship and playing the game the right way, win, lose or draw".

Former Lake Conference rivals have good memories of Schafer on or off the ice. "Keith was very dedicated to his team and players," said former Richfield head coach Mike Thomas.  Former Bloomington Jefferson coach Tom Saterdalen said, "You won't find a nicer gentleman or a classier guy that Keith.  It was always fun to play against his teams because you knew you would get an honest game".

Schafer, who was the head boys hockey coach at Wayzata (1971-1979) also served two years as head girls hockey coach at the school.  He had stints as a head coach at Shakopee and St. Louis Park high schools as well.  More than anything else though, Schafer bled Wayzata Blue & Gold.  He was born in downtown Wayzata and graduated from Wayzata high in 1954. During a distinguished high school athletic career, Schafer won four varsity letters in baseball, three in football and one in hockey.

Hockey became an official varsity sport at Wayzata high school in Schafer's senior season, and he helped the Trojans qualify for the 1954 State Tournament.  "The school board approved a team for the 1953-1954 season, and we finished third in the Lake Conference behind St. Louis Park and Edina",  Schafer recalled.  "Then we won the region tournament and went to the State Tournament in 1954.  I played defense with Paul Klapprich, and Larry Fadden was our most talented player that year".

After high school, Schafer was asked to walk on for hockey at the University of Minnesota by legendary coach John Mariucci. Instead, Keith chose to continue his athletic career at St. Cloud State.  "At St. CLoud, I thought I would have a chance to play more than one sport", said Schafer

It turned out he was right.  "I was able to play football and hockey as a freshman and I continued in hockey and was co-captain as a senior.  I also played baseball, starting in my junior year at St. Cloud".

Following his college career, the 1959 graduate had two teaching offers - one at Wayzata high school, and one at Aurora-Hoyt Lakes high.  At Aurora-Hoyt Lakes, he would have been the head hockey coach.  "Coming back to Wayzata made sense", he said.  "I had lived there most of my life".  It was a choice he would not regret.

"I taught at Wayzata for 36 years and coached for 42 years", he said.  "I had great mentors - Jim Graven, my Athletic Director, and Bill Manning, the principal.  I enjoyed teaching and coaching here".  The former Trojan hockey coach retired as a health physical education teacher in 1995.  Upon retirement he never truly retired as he continued to coach sophomore football at Wayzata for 42 seasons. 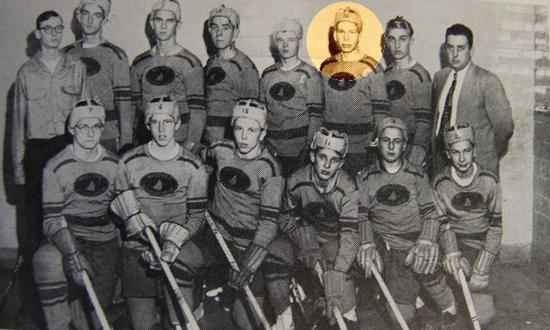 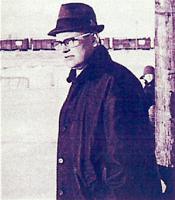 Chuck is known as the "Father of Moorhead hockey" and was responsible for starting the varsity program in a town that is now synonymous with the sport.  Before Watson arrived in Moorhead in the late 1950's, the community was largely know for its basketball and had only a park hockey program hanging on by its fingernails.  Chuck, grew up in North Minneapolis and remembered playing outdoor park hockey during his youth.  Following high school, Chuck was a member of the first ever Bemidji State University hockey team in 1947.  Chuck fought to expand the Moorhead program and to add a high school team - and in 1964 Chuck was named the schools first head hockey coach.

Watson coached the Spuds of Moorhead for eight years, during which the team went from practicing and playing outdoors, to making a 5 a.m. treks over to the Coliseum in Fargo, to sharing a horse barn with the 4H at Centennial Park, to the eventual promise of the Moorhead Sports Center.

A stern but fair coach, Watson's first team surprised him by going 5-4-2, and winning hasn't ceased at Moorhead since. Among his former numerous players won one of his final captains on the 1971-1972 team, whom later became Spuds head coach - Dave Morinville.  Watson's final coaching record was 60-65-5. 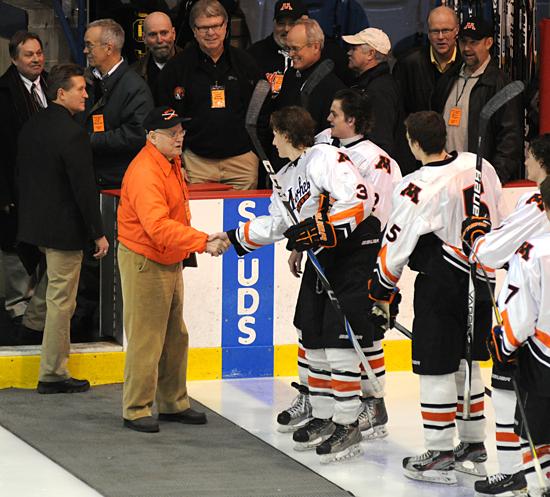