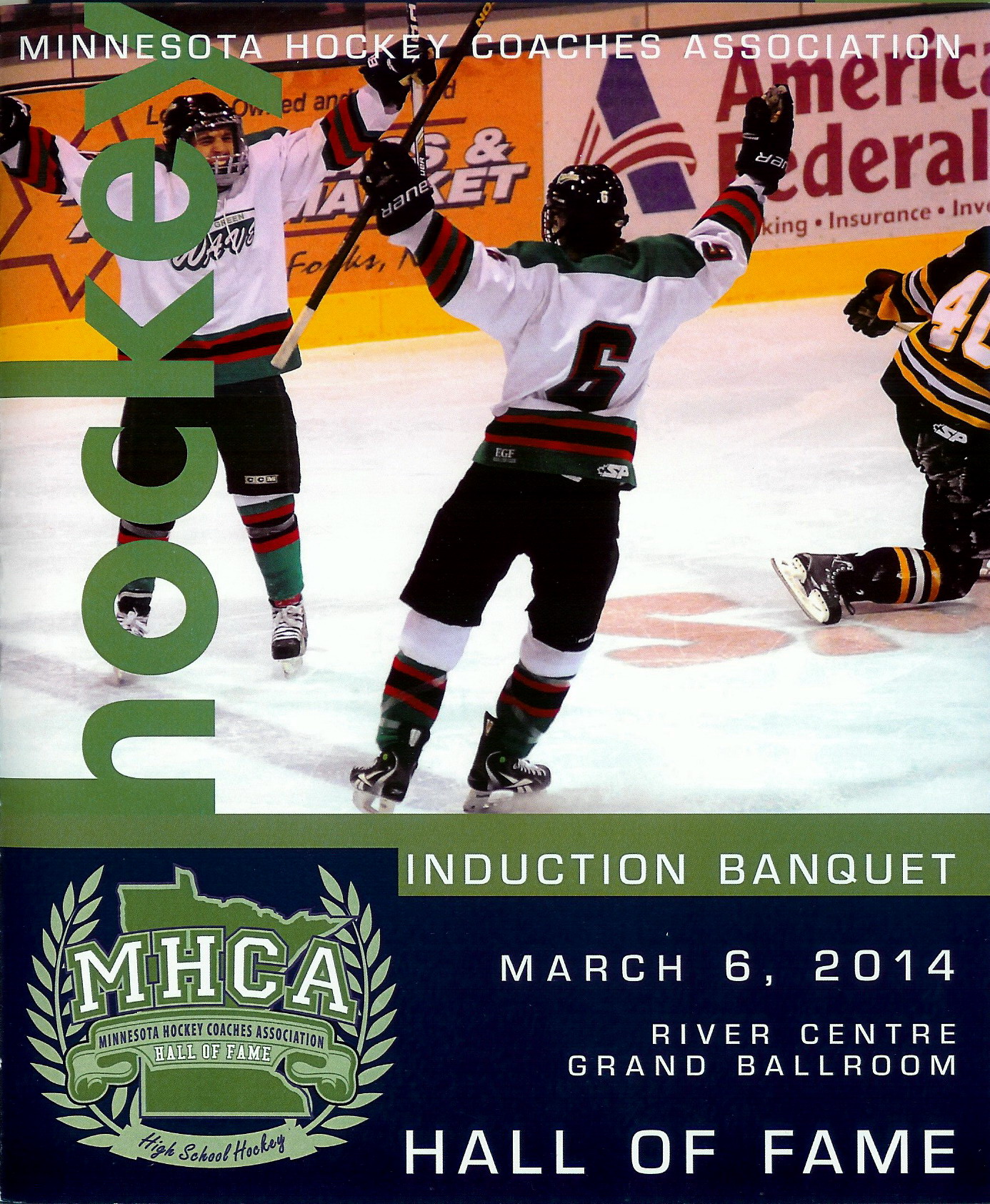 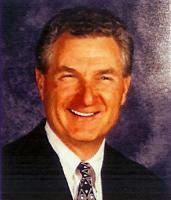 Growing up in the shadow of Hibbing's famed Memorial Building, hockey quickly became Furlong's sport of choice.  A three-sport athlete, who also played football and baseball at Hibbing high school, he earned all-conference recognition during his senior hockey season. Furlong went on to attend he University of Minnesota where he majored in marketing/distributive education and also earned three varsity letters playing for legendary coach John Mariucci, and skated with MHCA Hall of Fame inductees Lorne Grosso and Roy Nystrom.

His coaching career started when he took a job teaching marketing education at Mound high school in 1966.  Shortly thereafter, he embarked on his coaching career career, starting with the 1967-1968 hockey season.  The early days involved a lot of travel to find indoor ice time and included early morning trips to the Minnetonka bubble, Blake Ice Arena, and later Buffalo Arena for practices before school.  After a full day of teaching, the team would often get together for meetings and conditioning after school.  The big change would come when the Pond Arena was built in downtown Mound in November of 1981 and the high school team had a place to call their own home.

After two years off of coaching high school hockey, and one year at Monticello with the boys program, Furlong returned to coaching the girls team in Mound for 10 years.  This tenure included conference championship teams in 1997 and 1998. Since leaving Mound after the 2005 season, Pat had coached at Benilde-St. Margaret's (two years), Eden Prairie (two years), Holy Family (two years) and Edina (three years) with both boys and girls teams.  He has coached over 1,000+ hockey games.  His record, as a varsity and a JV/Assistant and head coach is 599-462-33.

Pat is quick to say that he's "never had a bad day teaching and coaching, maybe just a bad hour or two".  Pat never allowed those bad hours to turn into a bad day though.  Teaching and coaching has been a passion throughout his life and he made it a commitment to always show up to the rink or in the classroom excited and ready to go.  Despite the ups and downs, the tough seasons, and tough losses, he made the commitment to stay positive and continue to give his energy to coaching and working with the students and athletes. 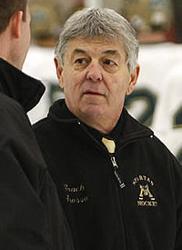 With 677 career wins at the end of the 2013-2014 regular season - and still counting - Rochester Mayo head coach Lorne Grosso, who has been the school's head coach for 47 years, is the winningest coach in Minnesota boys high school hockey history, having passed the legendary Willard Ikola for the State's top spot during the 2010-2011 season.

In nominating Grosso, Todd Nuyber said "Lorne's time spent coaching and teaching the young men on his teams about life through sport is a true passion for him.  Last season, Lorne had to have quadruple heart bypass surgery in November and, by Christmas, he was back at the rink coaching.  Mr. Grosso is a true gentleman because, as he reminds us, in his 47 years of coaching, he has "never received a penalty when behind the bench".

A native of Sault Ste. Marie, Ontario, Grosso grew up playing for the likes of Lou Nanne, Phil and Tony Esposito before coming to Minnesota to play for the Gphers and John Mariucci. While at Minnesota, Grosso was paired on a line with fellow 2014 MHCA Hall of Fame inductee Roy Nystrom, of Albert Lea, whom he coaches against and leads by seven career coaching victories.

Although he had been successful at winning hockey games, Grosso's approach, at time, is philosophical.  "At time, I have more fun losing than winning because I see that the kids are playing up to their ability", Grosso said  "If we play our best and happen to lose, I am fine with that".

As the years have passed by, and the wins have piled up, Grosso has noticed that the game changed but his fundamentals of coaching have stayed the same.  "The equipment is better, the kids are bigger, and the game is much faster", he noted. "But you try to teach them the same things that will make them successful. You try to get them to improve and develop. As far as the coaching aspect, its pretty much the same game".

Grosso attended St. Basil's Novitiate for the priesthood before moving on to the University of Minnesota, from where he graduated in 1966.  He took over the head hockey coach at Rochester Mayo upon his graduation and taught Latin and Italian at the school from 1966-1999.  In 1999, he accepted a position at Rochester Lourdes, teaching religion along with Latin and Italian before retiring in 2007.

In 2009, Grosso was inducted into the Rochester Quarterbacks Club Hall of Fame and in 2013 the American Hockey Coaches Association honored Lorne with its Mariucci Award - a National award for a high school hockey coach. 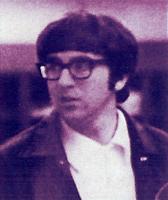 George Larson grew up in the West 7th Street area of St. Paul and attended St. Paul Monroe high school, were he was a three-sport athlete competing in football, hockey, baseball as a member of the Monroe Green Wave, he played in the 1962 State Hockey Tournament.

After high school, Larson went on to play collegiate hockey at Brown University and Gustavus Adolphus College before beginning his career in education at St. Paul Washington where his friend, Rod Magnuson, encouraged him to stay in teaching and get involved in coaching.

Larson worked with Ray Cosky as the junior varsity and assistant varsity coach at Robbinsdale high school before taking over as the head coach at Brooklyn Center high school in 1973.

During his career, Larson's teams won 293 games and, for a number of years, he worked to establish a two-class State Hockey Tournament.  Larson retired from a long and distinguished career in education as the principal at Brooklyn Center. 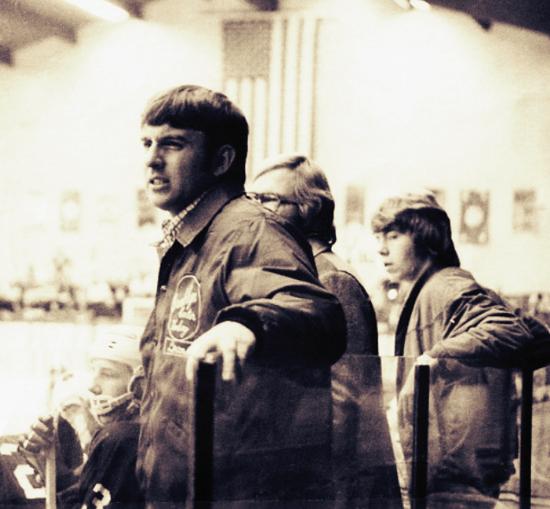 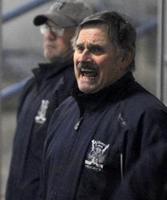 Roy Nystrom's interest in hockey began at a very young age on a rink across the street from his house in legendary Eveleth, Minnesota.  He recalls looking out of his bedroom window and seeing hockey icon, John Mayasich, skating on the rink wearing his Gopher jersey.  Nystrom would put on his skates and join him for some passing and skill instruction.  From that point on, he wanted to play for the Gopher and be a hockey coach.

While playing for Eveleth high school, the first part of that dream came true when John Mariucci, also an Eveleth native, offered him a scholarship to play for the Gophers (1961-1965).  Following his college graduation, Roy fulfilled the second part of that dream when he accepted his first teaching and coaching position in Grafton, N.D., where he developed a fledgling program.  Roy would remain in Grafton for four years before moving 40 miles south to Grand Forks Central high school, were his teams won three consecutive State Championships and, in 1973, he was named the North Dakota Coach of the Year.

After that season, Nystrom accepted a teaching and coaching position in Albert Lea, where he has coached for the past 41+ seasons and is currently the second in the State, behind college teammate, rival coach and friend, Lorne Grosso, in career victories with 671 and still counting.  He has coached more than 1,000+ high school games, collected several Coach of the Year accolades, and has coached the Tigers to three State Tournaments, including the Class A Consolation title in 2005.  In 2011, Albert Lea dedicated it's arena in his honor, renaming the rink - Roy Nystrom Arena.

Raised with a strong work ethic which he passes along to his players, Nystrom is often known for saying to his team before a game, "Pull up your boot straps and get your lunch pails boys.  It's time to go to work"!  His post-game philosophy for himself and his team is, "don't get too high on the wins, or too low on the losses".  Nystrom's love of the game, the enjoyment he gets working with kids, his ability to teach life lessons through coaching, and the fun of coaching with his son are all reasons why he has been coaching or 48+ years.  Four of his assistant coaches are his former players and he is often asked how long he will continue to coach.  His reply is, "I feel blessed to have been able to do this and I will continue as along as I'm having fun and I'm healthy". 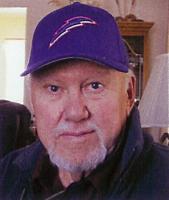 Herb Sellars was a member of Hibbing high schools' 1952 State Championship hockey team as a junior and the Bluejackets Iron Range Conference football Championship squad as a senior before he moved onto the collegiate ranks at the University of Minnesota Duluth, where he played for four seasons and eventually earned his Bachelor degree in elementary and secondary education in 1958, two Masters degrees in education psychology in 1970, and education administration in 1975.

During 35 years as an elementary and secondary school teacher, counselor and principal, Herb served as a coach and advisor for football, hockey, swimming, track and field, student council and program for the gifted and talented.

It was as a hockey coach at Chisholm that Sellars made a lasting mark.  He was instrumental in the formation of the two-class format, serving as the chair of the Minnesota Hockey Coaches Association two-class committee.

Sellars' reach has gone far beyond the hockey world in his community.  Among his civic activities, he has been on the Board of Directors or the Chisholm Sports Arena, Range Center Inc. (Center for developmentally disabled), Great Scott Township as a chairperson, Central Iron Range Sanitary Sewer District as a treasurer, and the Range Association of Municipalities and Schools.

An avid hunter and fisherman, who enjoys spending time on the families island on Lake of the Woods, he is a charter member and chaired the Hibbing-Chisholm chapter of Ducks Unlimited and Mid-Range Marksmanship Center, of which he is a life member, and served on the Board of Directors of the Minnesota Deer Hunters Association.

Professionally, Herb has been named a Blandin Principal's Leadership Fellow and is a winner of the Minnesota Elementary Principal of the Year Award.  In 1990, Sellars was named the Hockey Coach of the Year by the Duluth News Tribune. 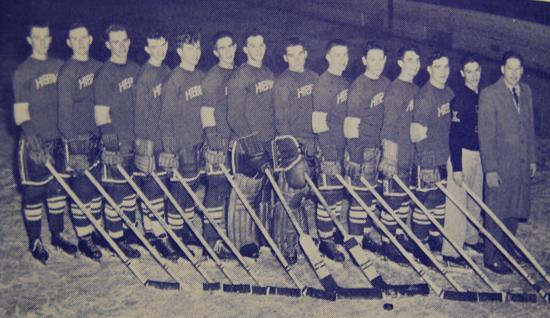