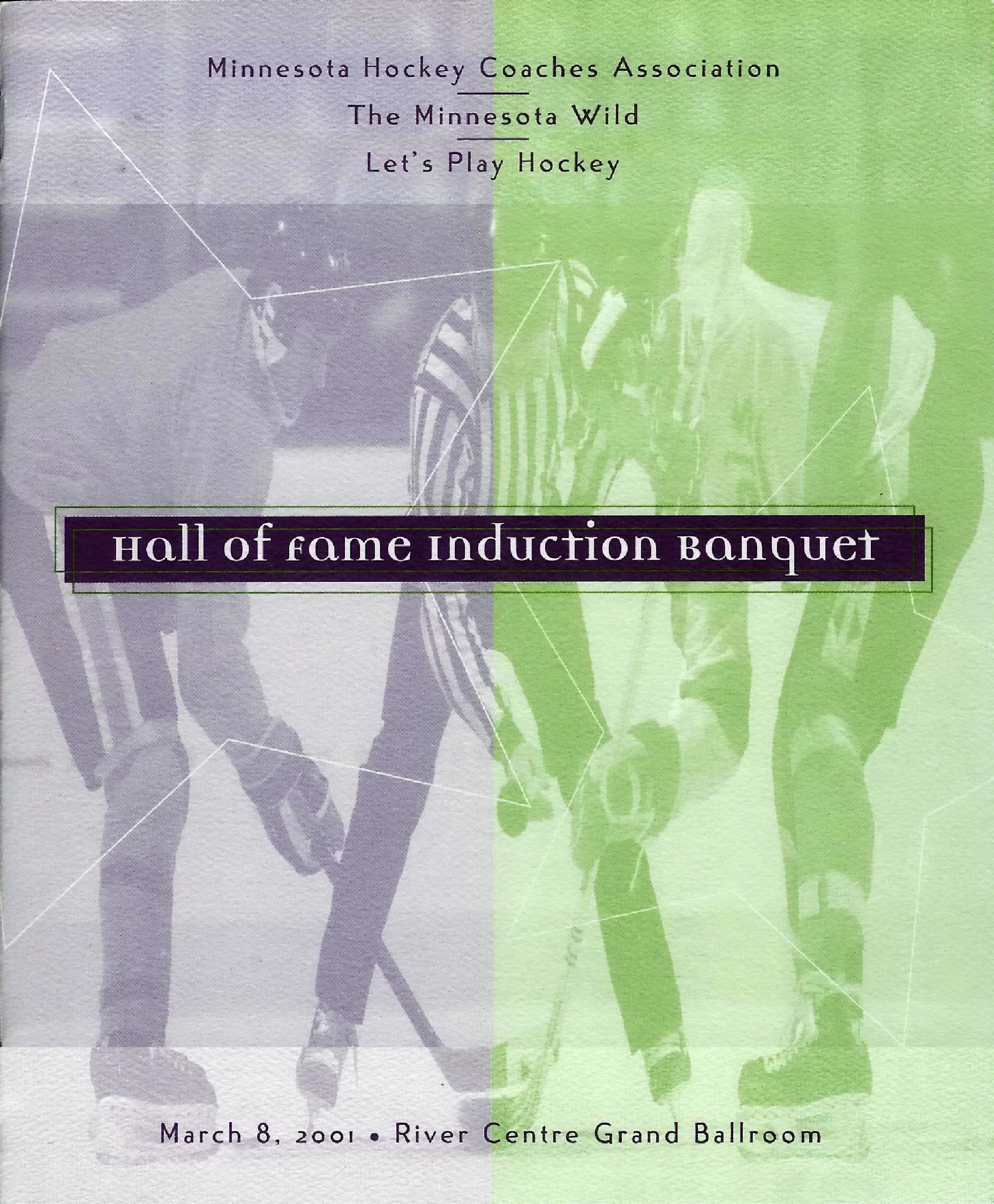 It happens often in sports when an outstanding coach's influence on his assistants and players will spawn another generation of great coaches.  This is the case with Rod Anderson who played hockey at St. Paul Johnson High School under the great Rube Gustafson.  Rod played on the great Johnson teams known as the "Grand Army of Phalen Creek" from 1953-1955.  He played in the State Tournament all three years and Johnson won the State Title in 1953 and 1955.

After his high school days Rod attended Dartmouth from 1956-1959 and played hockey for another outstanding coach, Eddie Jeremiah.  Rod later worked with Jeremiah at one of the first hockey schools held at the Golden Valley Ice Center (Formerly Breck Arena that is now gone).  Also working with Rod at this hockey school were some other young coaches; Warren Strelow, Dave Peterson and Bob Johnson.  Rod also worked for 15+ summers with Ken Yackel in his various youth development camp programs.

Rod began coaching at the Blake School in 1962 and coached the varsity team from 1964-1980.  During his tenure as head coach, Blake won the Independent School State Tournament in both 1971 and 1973.  Blake eventually joined the Tri Metro Conference and won a number of conference titles under Rod's capable leadership.  From 1980-2001 Rod returned to coaching at Blake for a few stints with the JV, Varsity and Girls programs, before he retired in June of 2001 after his 39th year of teaching social studies at Blake. 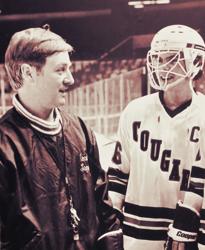 In an area of the country steeped in ice hockey tradition, Bart Larson has epitomized the sport at the grassroots level for more than 35 years.  Larson compiled an overall record of 292-107-8 during two stints and 17 seasons as a high school coach at Edina high school.  He retired from coaching at Edina in February of 1999.  Larson also spent another 19 years of his career successfully guiding players at the high school level as a varsity assistant coach.

During for consecutive seasons, from 1994-1998 Larson led Edina to a top-six finish in the State AA Championship Tournament.  After earning runner-up honors the previous season, the Hornets claimed the State Championship in 1996-1997, posting a 25-3-0 overall record. His Edina teams grabbed five conference championships and earned another three second-place finishes.  In 1995-96 Bart was named both the Region 6 and AA State Coach of the Year. He also was tabbed the conference's Coach of the Year three times.

A longtime math teacher, he helped coach more than 100 players who went on the NCAA Division I careers.  In addition, more than one advanced to the National Hockey League, including Brian Burke whom has held various General Manager and President positions in the NHL, and former veteran Paul Ranheim.

Larson helped the University of North Dakota claim its first NCAA National Hockey Championship in 1958-59.  He was inducted into the University's Athletic Hall of Fame in 1983.  Bart also was honored to the the 1999 United States Olympic Committee's: Ice Hockey Developmental Coach of the Year. 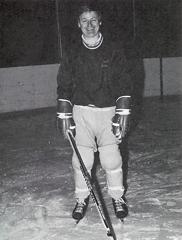 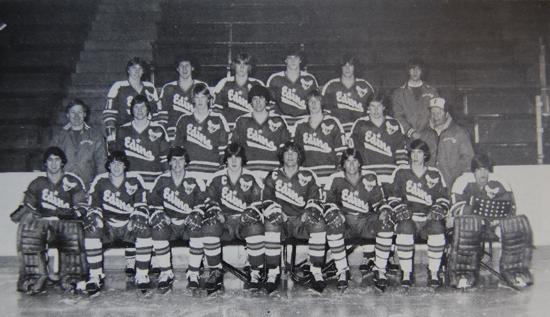 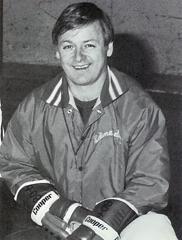 For 35+ years Bill McGann has been a great influence on the lives of many high school students across northern Minnesota as a teacher, coach and official.

Bill's coaching career began in 1965 as the JV hockey coach at Greenway high school in Coleraine.  The following season he moved on to Proctor high school where he was the head coach of the "Rails" from 1966-1972.  In 1972 he moved west and became the head hockey coach at Thief River Falls high school.  Bill led the "Prowlers" to the section 8 final twice in his four seasons there.

In 1976, Bill took a break from coaching and became a high school hockey official.  He worked as an official through the 1980 season which culminated in his selection as an official for the 1980 State High School Hockey Tournament.  Bill returned to the Proctor bench in 1981 as an assistant coach where he remained an assistant until 1995.  During that time, Proctor won the 1987 Lake Superior Conference Championship.

In 1995, Bill once again became the head coach for the Rails and it was during this stint that the school made their first State Tournament appearance as the representative from section 7A in 1997. Proctor took home the third place honors that year.  In 1998, Bill again had his team competing for a section championship as they were the section 2A runner-up that season.

Bill returned from teaching in June of 1999, and from coaching in March of 2000.