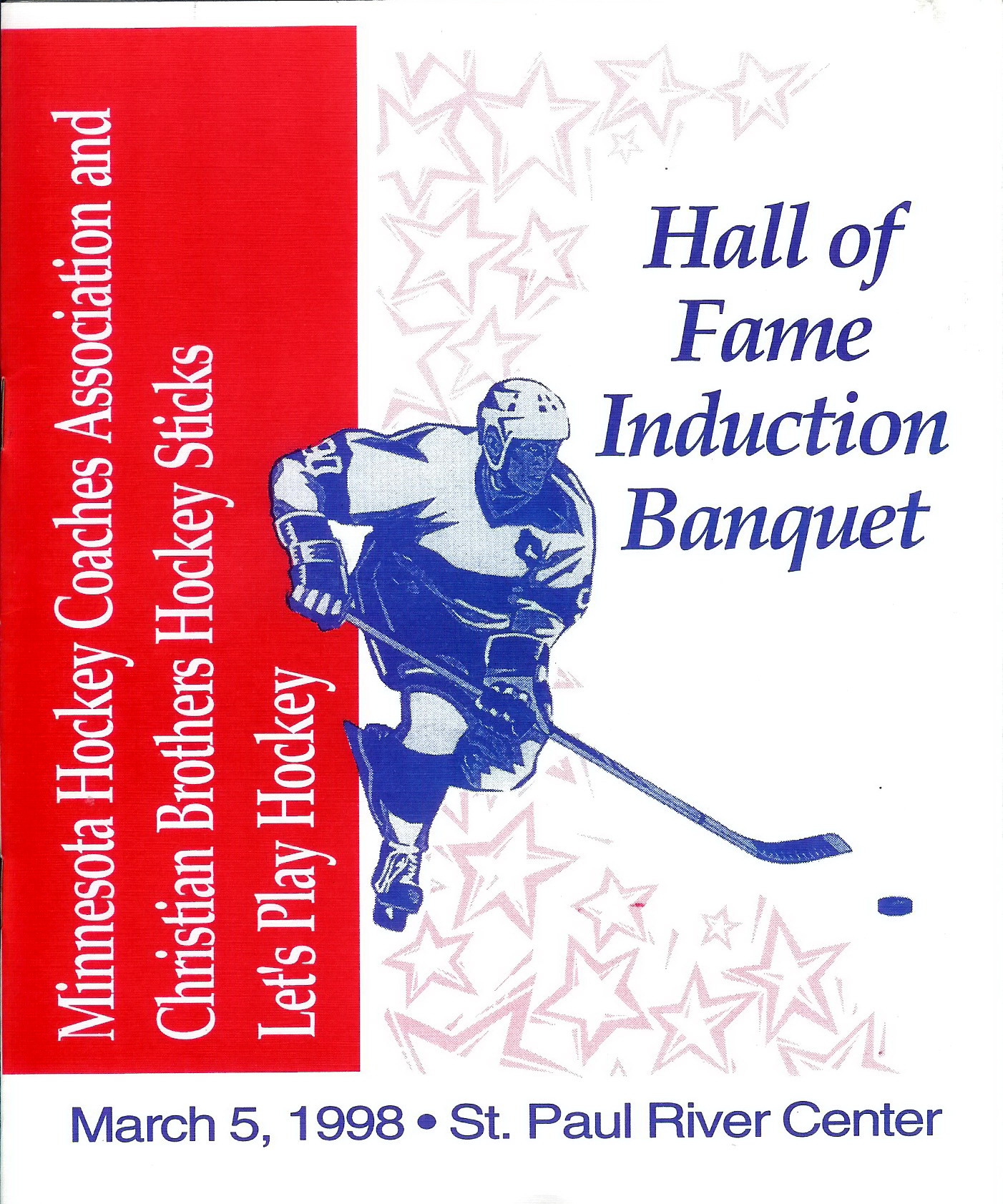 John attended College at the University of Minnesota and received his B.S. in 1966 and majored in Education in 1974. John taught social studies, english, and also coached hockey at Mechanic Arts High School for 10 years, Washington High School for 3 years, and Como Park High School.  During his career John also Coached baseball for five seasons, and served as President of the St. Paul High School Coaches Association.  John was twice named Hockey Coach of the Year in the City Conference.  In 1966 John was additionally honored as Junior Achievement Teacher of the Year of the upper mid-west. John was enshrined in the 1998 Minnesota Hockey Coaches Association Hall of Fame for his contributions to the game.

Roger Koster was born in Willmar, MN in 1947.  He attended grade school and participated in youth hockey in Warroad, MN but played his High School hockey in Baudette, MN where he lettered each year from 1960-1965.  Roger went to College in St. Cloud and graduated in 1970 with a Bachelor of Science Degree in Social Studies.  Throughout his career was served as the two-class Hockey Advisory Committee, and was Director of summer hockey schools in Silver Bay and Two Harbors.  Additionally, Roger conducted hockey clinics for both players and coaches in Minnesota, Wisconsin and South Dakota.

Roger was born and raised in Minneapolis, MN and graduated from Central High School.  "Bud" then served in the Marine Corps in WWII.  After his years in the service he returned to school and graduated from Augsburg College in 1950.  Bud never played high school hockey as the sport was suspended during the war years, but he did play in what was called the "Arena League" made-up of older professional players at the end of their careers, collegiate players waiting for call-ups, and some of the "luck high school players".  Bud signed a professional baseball contract with the Minneapolis Millers in 1944 when there was a big need for players due to the war.  After the Marines, he took on the duties of coach and player for the hockey team while at Augsburgh.  Upon his graduation in 1950, it was back into the senior level and semi-professional levels of hockey until 1956 when the Culbertson team he was with won the State Championship.

Bud served as varsity hockey coach at Minnetonka for over 20 years and then became an assistant coach.  He additionally coached varsity baseball for over 45+ years.  Upon retirning from teaching in 1985 he still served as a substitute teacher.

Bud served as President of the Minnesota Hockey Coaches Association.  He married a former speed skater and they skated together more than twice a week.

Jim attended high school at Cretin and graduated in 1966.  Following graduation, Jim attended St. Mary's College and graduated in 1970 with a B.A., and later attended St. Thomas in 1975 where he obtained M.A., and finally at St. Mary's in 1992 with a MA- Ed Ad.  Jim coached hockey at Rochester Lourdes high school for 1 years as an assistant, and 2 years as head coach while teaching history from 1970-1973.  Jim additionally served as assistant hockey coach for White Bear Lake high school from 1973-1974, and was head hockey coach at Red Wing high school from 1975-1992. Jim's honors include: Missota Conference Coach of the Year in 1983, 1985, 1986 - Section 1 Coach of the Year in 1990. He served on the Minnesota Hockey Coaches Board of Directors from 1978-1983, and started new hockey programs at both Rochester Lourdes and Red Wing.