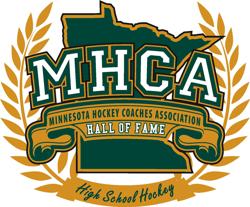 The Minnesota Hockey Coaches Association annually recognizes outstanding member coaches through the awarding of the Cliff Thompson, Dave Peterson, John Mariucci, Bruce Johnson and Oscar Almquist Awards.  1991 was the first year of the MHCA Hall of Fame Induction Banquet.  The first inductions into the Hall of Fame were the Cliff Thompson Award winners from 1977 until 1991. 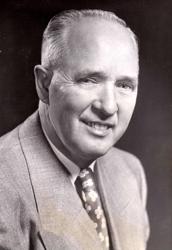 Given for "long term outstanding contributions to the sport of hockey in Minnesota," this award is given in memory of Cliff Thompson.  As the coach in Eveleth, Thompson was the only man ever to coach teams to four consecutive state championships (1948-51) and the list of his former players reads like a "who's who" in Minnesota hockey.  Winners of this award are listed in the U.S. Hockey Hall of Fame. 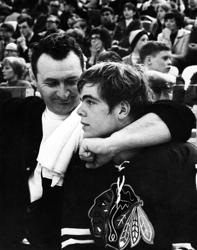 The Dave Peterson Award is given annually to a high school coach who has shown great leadership in developing youth hockey either locally or statewide. Dave was a great Minnesota high school coach at Minneapolis Southwest High School and a National coach at many levels as well.  He was a leader in the development of youth hockey not only in Minnesota but across the United States. 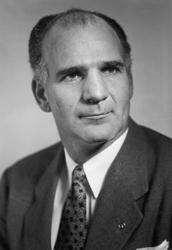 Since 1983 this award has been given to the high school coach of the year as selected by the state's hockey coaches.  The award is given in memory of the great John Mariucci, who was a legend in Minnesota hockey and one of Minnesota's greatest sports figures.

A native of Eveleth, John played for the Chicago Blackhawks at a time when very few Americans were able to play in the National Hockey League.  He later coached the University of Minnesota hockey team for many years, and the hockey arena on the University campus bears his name.  John was a lifelong promoter and supporter of the Minnesota hockey player and remained so until his death in 1987.  Winners of this award are listed in the U.S. Hockey Hall of Fame. 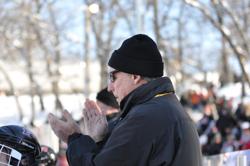 The Bruce Johnson Award is given each year to an active Minnesota Hockey Coaches Association board member, or an individual who has recently served on the board, for outstanding contributions in promoting the association and the sport of hockey.

The Oscar Almquist Award is given annually to an individual, non coach, who has contributed to the success of high school hockey by advancing opportunities for players and coaches.