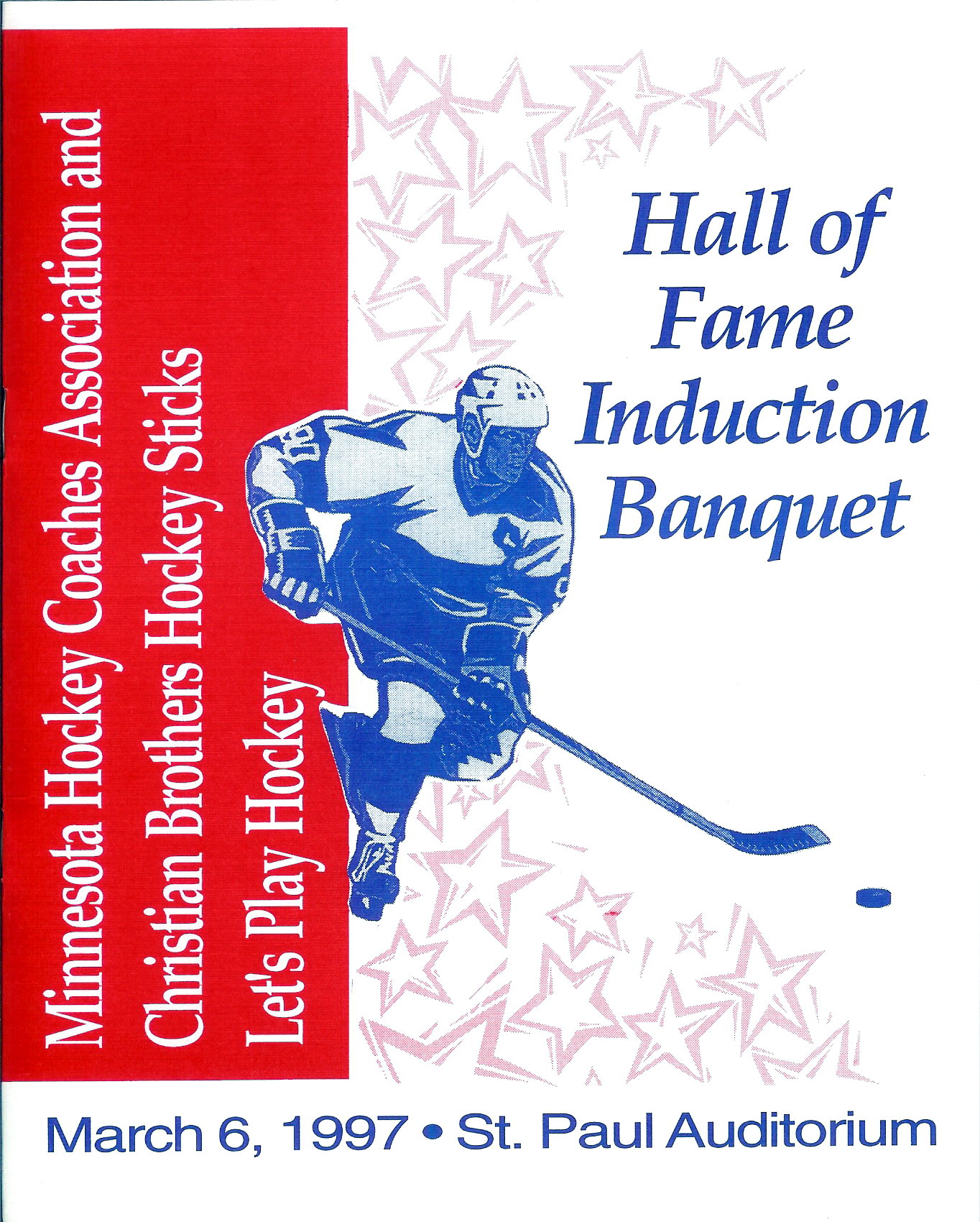 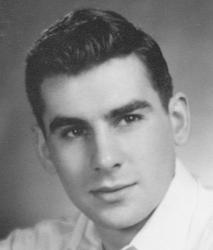 In college John was a member of three National Championship teams.  In 1951 and 1953 he was All-American, and also named to two All-Tournament teams and MVP in the NCAA Tournament.  His post-college hockey career brought him to the USA National Team in 1955 and the 1956 USA Olympic Team where they captured the Silver Medal under Johns tutelage as Alternate Captain.  John was inducted into the US Hockey Hall of Fame as a player in 1991.

Don Saatzer was born and raised in St. Cloud along with five brothers and one sister.  Don graduated from St. Cloud Tech in 1952.

Don signed a baseball contract with the New York Yankees organization in 1952 and spent four years with the organization (Class D to Class B).  After two years in the Army Don attended St. Thomas College and became a student coach for hockey and baseball.  He also played hockey, football and baseball in college.  Don was awarded the Mr. Tommy Award in 1961.

In high school his coaching/teaching career began at St. Agnes high school as a history teacher where he coached hockey and baseball.  In the fall of 1965 Don went to Hastings high school as head hockey coach.  He also coached soccer - 8 years, girls golf - 2 years, and boys gold - 10 years (State Champs in 1986).  Don retired from teaching in 1994. 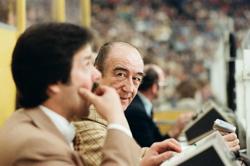 R.J. "Bob" Utecht", born in 1920 in Stillwater, MN.  Some of the hockey things that are scrapbook items to include:  In 1937-38, following graduation from high school Bob organized Stillwater's first ever hockey team - a senior class A hockey team in which Bob played defense for and managed the team for five years.  Bob additionally served nearly four years of military time with the U.S. Naval Seabees during World War I.

Bob did not engage in hockey from 1942 to 1955 as the war years and the beginnings of his family took care of his time.

Bob also was the founder to the Let's Play Hockey show on KSTP-TV for eight years, founded and co-published Let's Play Hockey news magazine - starting in 1972 with his wife Donna.  Utecht additionally did color analysis for the State Hockey Tournaments on KSTP-TV and his working partner was Howard Cosell.  Bob also broad-casted play by play State Tournaments for a number of years for KRSI Radio.  Bob was the North Stars rink-side announcer for 14 years and while doing this, he originated the term "Let's Play Hockey" before each home game - a tradition that has carried on with the Minnesota Wild today.  In 1979-80 Bob was behind the scenes as a PR person along with being a rink-side announcer for a Gold Medal Olympic game for the 1980 Olympic Miracle On Ice games.

Bob wrote for his Let's Play Hockey Magazine in several editorial columns, and for the Stillwater Gazette.  Bob was a avid member, and supporter of the Old Timer's Hockey Hall of Fame, where several legendary players/coaches "roasts" took place within Oakdale, MN, Hospitality and Bloomington Sports Hall of Fame.  Bob received the Sport Capital Award, Stillwater Distinguished Service Award and numerous others.