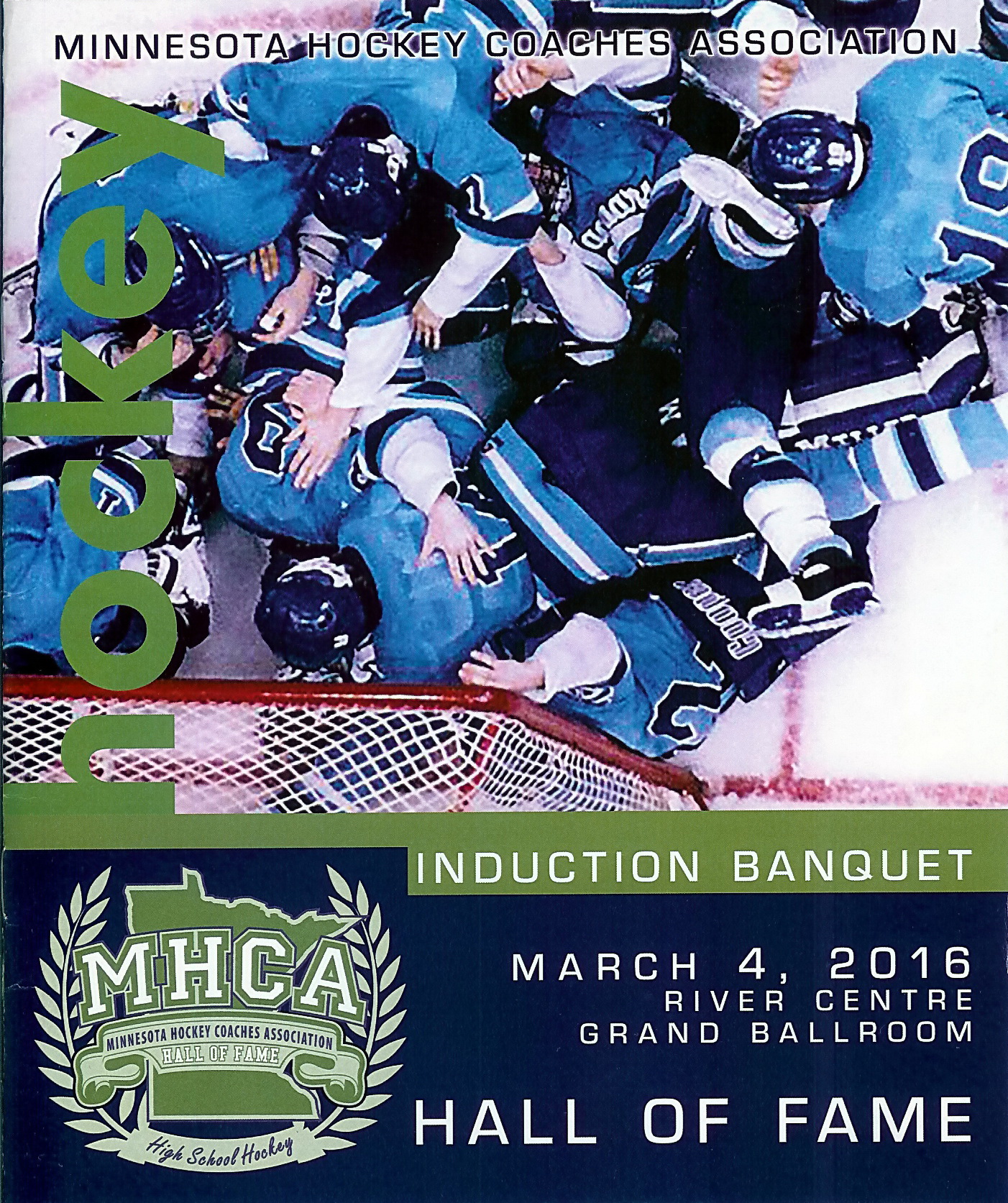 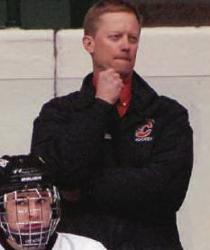 When Erik Aus stepped down as the head coach at Centennial in 2011, he had spent more than half of his 49 years behind the bench.  And, while people might look at Centennial’s program today and think it was easy to coach a perennial power like the Cougars, the modern version looks nothing like the program Aus inherited in 1987.  Aus grew up in Roseville where he played hockey at Kellogg High School for his father, Minnesota Hockey Coaches Association Hall of Famer, Whitey Aus.  He continued playing in college at St. Olaf, then immediately landed an assistant coaching job at Northfield High School.  After one year in Northfield, Aus moved on to Faribault High School where he was the head coach of the Falcons for three years.  In 1987 Erik was named the head coach at Centennial High School, in the northern metro suburb of Circle Pines.  The program had been in existence for a number of years but had yet to achieve even modest success.  When Aus arrived, in fact, there was no arena in town.  He knew if the program was ever going to thrive, the youth program needed a home base and building a rink became priority number one.  In January of 1991 the new rink opened.  The kindergarten and preschool kids that started playing hockey in 1991 became state high school champions in 2004.  One of Coach Aus’s proudest accomplishments is winning that championship with players that were all developed in the Centennial youth program.  By the time he retired in 2011, Centennial’s hockey program was arguably the strongest in the state.  In a 24 year career there Aus achieved a record of 393-184-27, won eight conference championships and one state championship. Numerous players moved on to play college hockey and a half dozen went on to play professionally.  He remains a loyal and ardent supporter of the Centennial hockey program. 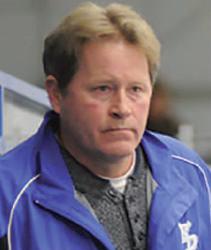 While growing up in Virginia, Keith Hendrickson never had to look far for hockey advice. Usually, it was just across the dinner table toward his father, Dave, who was the head coach of the Virginia High School team. But, if he didn’t feel like talking to his dad, he could call his Uncle Gus Hendrickson who coached Grand Rapids until after Keith’s sophomore season, then moved on to coach the University of Minnesota-Duluth (UMD).  But, no matter who was giving him advice, Keith listened.  He graduated from high school in 1975 as one of the most decorated athletes in the state.  He lettered four times in football where he was a team captain and two-time all-conference selection, four times in hockey where he was team captain, all-conference, all-region, and all-state, and three times in baseball.  His college suitors included Minnesota, Wisconsin, Michigan, Harvard, Yale, and others but Keith chose to play for Gus and the UMD Bulldogs.  After graduating from UMD in 1980 , Hendrickson coached for two seasons at Duluth Cathedral High School and was the bantam coach in Owatonna for one year before returning to Virginia. In 1985 Keith was named the head coach at Virginia High School.  During a coaching career that spanned from 1985-2011, Keith would lead the Blue Devils to three Iron Range Conference championships, 17 section semifinals, 6 section finals, and the school’s first 3 state tournament appearances in: 2005, 2009, and 2010. 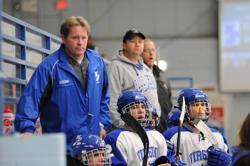 But, perhaps as important as any of these accomplishments was the work that Keith did in the community and with the youth hockey program in Virginia.  He spearheaded huge fundraising efforts that resulted in a second sheet of indoor ice being built, the installation of artificial ice a few years later, and an arena weight room.  The result was increased hockey participation at the youth ranks despite declining enrollment in the schools.  Hendrickson also developed the “Quicker, Faster, Stronger”, off-ice program, an age-appropriate workout regimen designed to develop athleticism and strength in players ages 8 to adult.  Keith was also very active in Minnesota Hockey. He coached several High Performance teams and was twice coach of Team Minnesota at the Chicago Showcase.  In 2006, along with Herb Brooks, Jack Blatherwick, and Ted Brill, he wrote the blueprint for the first Satellite Training Program (STP) which became the model summer hockey training program in the state of Minnesota.  Keith has garnered several awards for his involvement in hockey including the 2003 Dave Peterson Award for his work with the youth program in Virginia.  He has been a scout for the Buffalo Sabres of the National Hockey League for the past five years and now joins his father and uncle in the Minnesota Hockey Coaches Association Hall of Fame. 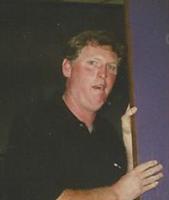 Tom McFarlane coached the Cloquet Lumberjacks from 1987 until 2000, with the exception of the 1994-95 season when he took a sabbatical to get his masters in physical education from the University of Minnesota-Duluth (UMD).  The fiery MacFarlane’s teams were known to be disciplined, hard-working, and physical. During is tenure the Jacks won four Lake Superior Conference titles, made it to five Section 7AA championship games, reached the state tournament in 1992 and 1993 and posted an overall record of 201-87-6.  The 1993 team featured the duo of Jamie Langenbrunner and Sergei Petrov who tied for the tournament scoring lead with 13 points each.  Langenbrunner also set the all-time tournament record with 10 assists as the Jacks finished fourth in the state.  Many of MacFarlane’s players went on to play junior and hockey with four of them reaching the highest level of hockey, the National Hockey League.  Tom was honored four times as Coach of the Year in Section 7AA.

Prior to coaching Cloquet, MacFarlane, a native of White Bear Lake, MN, was the head coach of Chippewa Falls, WI High School and the Dubuque Fighting Saints of the USHL.  Since retiring from the coaching profession, MacFarlane has spent a great deal of time mentoring young coaches in northern Minnesota.  In 2007 he accepted a position as a scout with the National Hockey League’s Central Scouting Bureau.  Tom and his wife Kathy have two children;Colleen and Jack. 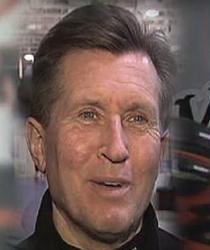 Dave Morinville grew up in Moorhead, MN and was a 1972 Graduate of Moorhead High School.  After high school, he attended Northland College and eventually continued his education at Concordia College where he was the starting goaltender from 1973-1976.  After college, Morinville began his coaching career at Fargo North High School from 1979-1984. His tenure at North was highlighted by back-to-back North Dakota state championships in 1981 and 1982.  The first title in 1981 was the first state championship for a Fargo school in more than 26 years.  Following his time at North, Morinville jumped to the collegiate ranks where he was the head coach at North Dakota State University's club team from 1984-1988 where he led the Bison to four National Championships.  After his time at NDSU, Morinville served as an assistant at St. Cloud State University from 1988-1990.  His coaching career continued in junior hockey as Morinville became the Head Coach of the Omaha Lancers of the USHL from 1990-1992.  While in Omaha, Dave led the Lancers to a Clark Cup Championship in 1991.  That same year, the Lancers earned the Silver Medal in the US Junior National Tournament In 1997, Morinville's coaching career came full circle when he returned to coach the Spuds.  In his 15 years as the head coach of the Spuds, Moorhead won eight section 8AA titles and finished runner up in class AA four times.  During his tenure at MHD, Morinville and the Spuds won 275 games.  Overall, in Morinville's 26 years as a head coach, he compiled a record of 485 wins, 223 losses, and 40 ties.  Aside from being a head coach, Morinville was also an assistant coach for six seasons, a NHL scout for three seasons, and was a coach on three US Select National Teams.  In addition, Morinville was elected to the Northland College Hall of Fame in 2010. Dave Morinville is currently living on Lake Maud outside of Detroit Lakes, Minnesota with his wife of 30 years, Mary.  Together they have three children: Sara, Jessie, and, Megan.  They also have two grandchildren, Elijin and Bek.  Dave is still working for Smith & Nephew Orthopedics, where he has been employed for the last 20 years. 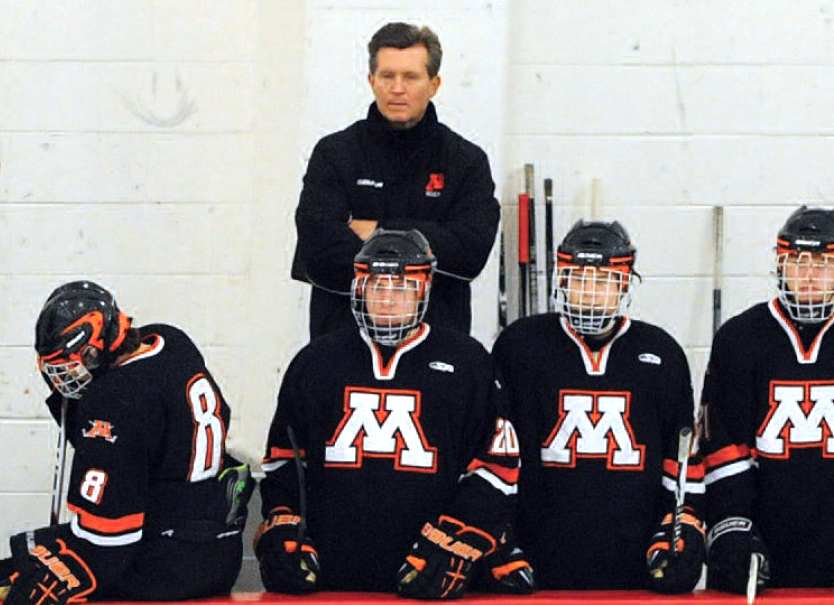