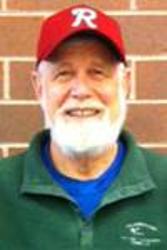 Jake grew up in South Minneapolis and played youth hockey in the city of Minneapolis. His winters were spent skating and playing hockey on the pond behind the 5-8 Club and at Pearl Park. Jake played hockey at DeLaSalle High School. He played one year of college hockey at St. John's University and then finished his college hockey career playing for John Mariucci with the Minnesota Gophers. Jake was also a member of the 1964 United States Olympic hockey team. Jake then went on and played many years of senior amateur hockey and semi-pro hockey throughout the United States and Canada.

Jake started coaching youth hockey teams in 1960 with the help of one of his hockey mentors, Dick Erdall. He then got very lucky and landed a teaching job in the Richfield Public School system. He has coached hockey in Richfield at all levels from mites through head hockey coach from 1966-2013. Along the way, Jake has also coached youth hockey in Minneapolis, and was the head hockey coach at Minneapolis Washburn from 1986-1990. Jake continues to be involved in youth hockey, helping coach at both Richfield High School and in Eden Prairie for his grandson Bennett's squirt team. This is Jake's 54th consecutive year of coaching hockey in Minnesota.

Jake has always enjoyed being a coach through these many years. His closes friends in coaching continue to be Mike Thomas and Larry Hendrickson. He has learned over the years that the game of hockey is very important to kids' development at all levels. He believes if you give kids a chance to play in crucial situations, they will surprise you with how well they will succeed both on and off the rink. Jake has coached a lot of hockey teams that have had a competitive disadvantage, but he believes that if you show them you care, and have faith in them, they will constantly surprise you. "Never give up on kids."

Jake currently lives in Minneapolis with his wife Cathy. They have three children, Jeanne, Patrick, and Maggie, and four grandchildren, Bennett, Bailee, Jack, Cate and one more on the way.