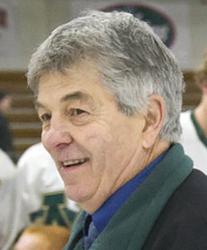 With a career record of 707-445-29 spanning 50 years (including a year sabbatical to live and study in Italy, Rochester Mayo head coach Lorne Grosso is the winningest coach in Minnesota boys high school hockey history. On January 12th, 2012 he passed legendary coach Willard Ikola (616) for the state’s top spot.  A native of Sault Ste. Marie, Ontario, born in 1942, Grosso grew up playing baseball, football, and hockey with his cousin Lou Nanne and Phil and Tony Esposito before coming to Minnesota to play for the Gophers and John Mariucci. His 1960 Juvenile team won the All Ontario award for which they were inducted into the Sault Ste. Marie, Ont. Hockey Hall of Fame in 2003. In 1961 he entered St. Basil's Novitiate, a pre-seminary for the priesthood. Grosso’s next move was to the U. of M from 1962-1966 to earn a Latin major. From there, Lorne became the Mayo High School Head Hockey Coach in Rochester from 1966-2016. He taught Latin and Italian at Mayo from 1966-1999 and from 1999-2007 he taught Religion, Latin and Italian at Rochester Lourdes HS. His first appearance in the State Tournament was 1982, with his sophomore son, Jim on the team. He also coached both daughters as asst. softball coach. As the Varsity tennis head coach from 1989-2005, he went to state 5 times, and in 1996-97 was chosen as the Minnesota tennis coach of the year by the MSHSCA. His Mayo hockey teams went to State six times, and his nephew Tony was on the team 3 times. Lorne retired from teaching in 2007, but continued coaching hockey at Mayo. In 2009 he was inducted into Rochester Sports Hall of Fame. On November 28th, 2011 he had quadruple bypass surgery, was off for 6 weeks, and came back to finish out the season. He received the John Mariucci Award, a national high school coach's award given by the American Hockey Coaches Association in Naples, FL in 2013, and was inducted into the Minnesota HS Hockey Coach's Hall of Fame in 2014. As the years passed by and the wins piled up, Grosso noticed the game change but his fundamentals of coaching stayed the same. "The equipment is better, the kids are bigger, and the game is faster, but you try to teach them the same things that will make them successful. You try to get them to improve and develop. As far as the coaching aspect, it's pretty much the same game." Lorne married Joan Matthews in 1964. They have 3 children; Laura, Jim, and Marisa, 7 grandchildren and also 7 great grandchildren. 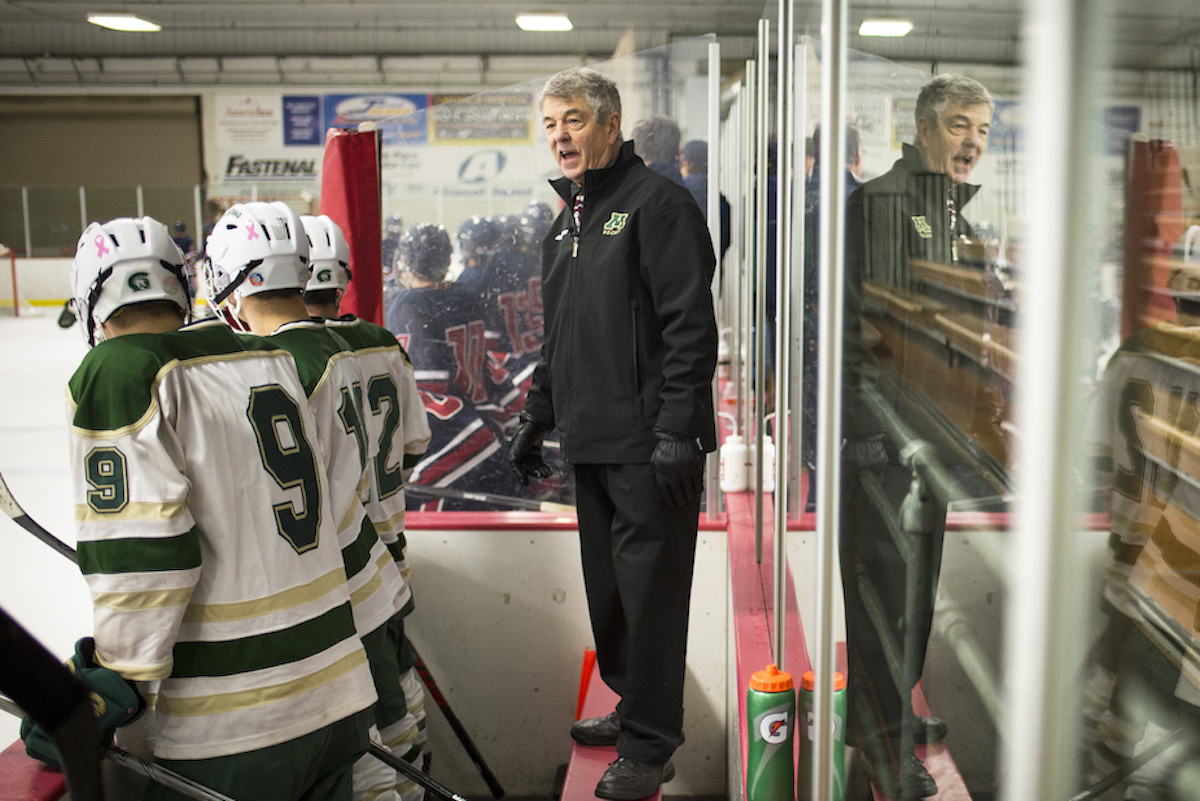