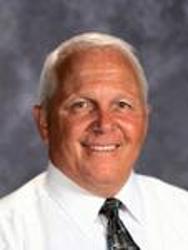 Jeff Whisler was inducted into the Minnesota Hockey Coaches Association Hall of Fame in 2004 and was the recipient of the organization’s Cliff Thompson Award for long-term, outstanding, contributions to hockey in the state of Minnesota in 2011.

An accomplished hockey player, Whisler played under the legendary Terry Skrypek at Hill-Murray, where he was a three-sport star and helped lead the hockey team to the first two of their 24 state tournament appearances as the Pioneers finished third in both appearances.

His skills on the ice took him to Providence College where he played for another coaching legend, Lou Lamoriello, for four years. He was a member of the Friars’ squad which reached the NCAA tournament in 1978 and captained the team as a senior in 1979-80.

Those two coaches had a profound impact on the type of coach, and person, Whisler would become.

“You coach how you were coached,” he said. “One of the great things I learned from Skrypek was how to have a relationship with the players. He knew how to communicate with his players.  “Louie was definitely a disciplinarian and he held us all accountable for our actions. I really got a lot of the basics from him.”

After two years as an assistant coach to Lamoriello with the Friars, and one season at Lincoln High School, Whisler had spent seven years away from Minnesota when he and his wife returned to the Land of 10,000 Lakes.

Without a job lined up upon his return, Whisler took a job as a substitute teacher and, with the head coaching position at Mahtomedi becoming available with Warren Strehlow’s retirement, his career as a one of Minnesota’s finest hockey coaches began.  After four seasons behind the Zephyrs bench, Whisler took over what had quickly become one of the state’s power programs when he returned to his alma mater, Hill-Murray.

After a two-year absence from the state tournament, Whisler led a talented Pioneer squad to its second state title. His team wore opponents down as he rolled out three lines throughout games while using all six defensemen and spotting his fourth in penalty-killing roles.

“Not only did that help wear other teams down, but it built chemistry,” he said. “When you’re using all of your players, they feel they’re a part of what you’re doing and they all had roles.”  After the 1990-91 season, in which he earned the John Mariucci award as the state’s top coach, Whisler left Hill-Murray to return to Mahtomedi. He would lead the Zephyrs to Tier II/Class A state tournament appearances three times in six years and became a proponent of the two-class system.

As the coach of the team to win the tournament dubbed “The Last Great Eight,” Whisler admits he was not in favor of expanding the state tournament format.  “At first, I was against the two-class system,” he said. “I thought it would ruin the tournament.

“Now that I see it from the perspective of a smaller school, you can see the impact that it has on the school and the community. Places like Mahtomedi and Hermantown have been able to showcase their kids and their talent when they would otherwise not have had that chance.  “They may not be able to, on a consistent basis, compete with the big programs they are still very good programs in their own rights.”

He led the Zephyrs to three tournament appearances in six seasons before taking over as the school’s athletics director but, when the school’s girls program needed coaching help, he returned to the bench as an assistant.

“It’s hard to find coaches,” he said. “My daughter was playing at the time and I missed coaching. It was an opportunity to return to coaching and spend time with her.”  Whisler gave up coaching again a few years ago and is now in his 14th year as the school’s A.D. When he looks back upon his career in hockey, it’s more than what has happened on the ice that he cherishes.

“Hockey’s been a large part of my life,” he said. “I started at age five and quit just a couple of years ago.  “You’ve got the wins and losses, the ups and downs, the good memories and bad, but it’s the relationships that you’ve built over time that you remember most.

“I sat with Tom Saterdahlen at the Coliseum before the (section 5AA) Maple Grove-Blaine game and we just shot the breeze and it’s the opportunities that I’ve been given and the relationships that have been created over time that I remember most.”