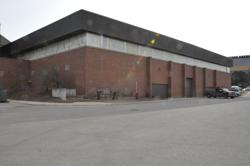 The story about the historic Golden Gusties hockey team dates back to 1929 when the school Gustavian weekly printed that the school iced its first hockey team under the guidance of Dick Hanson and went undefeated in the schools first 4 games.  Prior to the Lund Center being erected, the Gusties played at the George Myrum fieldhouse after it opened on January 18, 1939 after the school iced its first "formal" team starting in 1937-1938.  The Myrum fieldhouse within a few years was converted to a drill building by the U.S. Army, in 1947 the building was converted to use as a basketball facility, in which capacity it remained prior to being demolished in 1984.  The Lund Center, and Don Roberts Ice Arena was built in 1974 and is located at 800 College Ave. W in St. Peter, MN and was later dedicated on November 22, 1975.  The Lund Center today wouldn't have been possible without the help of Don Roberts.  The development of hockey under former Coach Don Roberts is an incredible story of devotion, unique in the annals of Gustavus athletics.  For Roberts, with no hockey background, the struggle to success lay in maintaining ice on an outdoor rink, practicing on local sloughs and lakes, and traveling at all hours of the night to attend practices and game on indoor rinks.  In the beginning, he needed the help of player/coach Chuck Linnerooth, however, in the end Coach Roberts attained legendary status as the recipient of the 2009 Hobey Baker Legends of Hockey Award.  He retired as the winningest Division III hockey coach of all time (532-290-25).  Gustavus' indoor ice rink was so named in his honor.  During hockey's rise under Coach Roberts, a storybook narrative leading to the construction of Lund Arena began as friendship grew between Coach and Board Member Russell Lund.  A decision to build the new ice arena was made in 1972, and after several years of progressive development, Lund Arena was finally completed and dedicated to Rhoda and Russell Lund on November 22, 1975. The entire complex in which Lund Ice Arena (Don Roberts Rink) was also named the Lund Center on October 21, 1984.

Roberts grew up in Appleton, Minnesota, where he was a star basketball player.  He enrolled at Gustavus Adolphus College in the early 1950s and played four years at halfback and fullback on the school's varsity football team under Coach Lloyd Hollingsworth.  He played on three Minnesota Intercollegiate Athletic Conference championship football teams and was selected as an All-MIAC fullback in 1955.  He also played basketball and baseball, but not hockey, while he was a student at Gustavus. After college, Roberts served for three-and-a-half years in the United States Marine Corps, reaching the rank of captain. While stationed at Camp Pendleton in California, Roberts began coaching baseball and football. Roberts later recalled, "There is no greater place to learn about leadership than in the Corps." In 1959, Roberts was offered a position as a teacher and coach at Gustavus. He returned to Gustavus in the fall of 1959 and became the school's wrestling coach. After the 1960 football season, Lloyd Hollingsworth resigned, and Roberts was appointed as the new head football coach. He stepped down as the school's wrestling coach in 1962 to focus on the football program.  He was the head football coach at Gustavus for five seasons from 1961 to 1965.

In 1964, several schools in the Minnesota Intercollegiate Athletic Conference ("MIAC") decided to add hockey to the conference's sports programs. Though he had never played or coached hockey before in his life, Roberts was appointed as the school's hockey coach. He later recalled, "I didn't have a winter sport, so I was the new hockey coach. The story was that I couldn't skate. Actually, I had skated occasionally on the Pomme de Terre River growing up in Appleton. We played some shinny hockey, using a pop can as a puck." He also recalled the teasing he received about his unsteadiness on ice skates: "On skates, I was a 30-year-old mite. I would stumble a lot. I started coaching in boots. The players would laugh at me. I was a good handball player. If someone laughed too hard, he had to play me in handball." In an effort to learn the basics of the sport, Roberts bought a book by Dartmouth College coach Eddie Jeremiah. Thirty years later, he said of Jeremiah's book, "It's still the best teaching manual ever about hockey."  In Roberts' first year as a hockey coach, the 1965 team finished with a record of 1-14. However, Roberts compiled a 16-2 record and won an MIAC championship in 1966. From 1966 to 1978, Roberts' hockey teams compiled a record of 235-64-1 and won 12 of 13 MIAC conference championships. Roberts also served as the chairman and president of the American Hockey Coaches Association and was a member of the NCAA Rules and Hockey Advisory Committees for many years.

In 33 years as the head coach at Gustavus, Roberts compiled a record of 532 wins, 290 losses and 25 ties. At the time of his retirement in 1996, he ranked first in career wins in NCAA Division III history. As of 2010, he ranks 16th all-time among college men's ice hockey coaches with 532 wins. Roberts has been the recipient of many awards for his accomplishments and contributions to college hockey. His awards include the following: