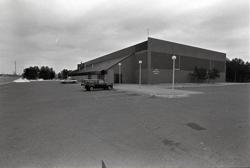 The Joe Cook Memorial Arena was formerly located at 11091 Mississippi Blvd. Coon Rapids, MN 55433 that opened in 1973, and closed in late 2010 and was later torn dorn in 2011 to make way for newly built nearby Coon Rapids Ice Center, located less than one mile away that was being built at the time of demolition.  The Joe Cook Memorial arena was the second indoor arena to open in Anoka County following the Columbia Arena in Fridley, Minnesota which opened in 1968, and featured a single sheet of regulation ice measuring at 200' x 85' and boasted a seating capacity for 700 spectators.  The arena, named in honor of late Coon Rapids City Council member Joe Cook, was made famous in 1992 on the big screen when scenes in motion picture Mighty Ducks I were filmed within the arena that ironically featured the fictional Cardinals as the home team in the movie - which was fitting as the buildings interior colors were painted bright red and black for the home-town Coon Rapids Cardinals, that too called Joe Cook Memorial Arena home.  In Mighty Ducks I, the storyline depicted the Ducks playing in their first official game as then named Ducks within Cook Memorial.

Infamously, the Joe Cook Memorial arena sickened several hockey players, and visitors alike that landed themselves in the hospital due to exposure from propane operated ice-resurfacing machine fumes that was later determined to be emitting higher than recommended levels of nitrogen dioxide into the building, and by local fire department inspectors that the building had inadequate ventilation (prior to electronic Zambonis, and laws for indoor fumes in Minnesota).  A few litigation cases were brought to a jury trial due to sicknesses related from fumes within the building, which led to an internationally published article within the New York Times [February 22, 1987 - Section 5, Page 7] with the headline; Machine's Fumes make Players Ill that was in apart of the litigation brought forth in which a "few Irondale vs. Anoka players complained of chest tightness and coughing up blood after a game that  was postponed 1/2 way through due to overwhelming upper respiratory ailments of each team, and led several in the hospital following". 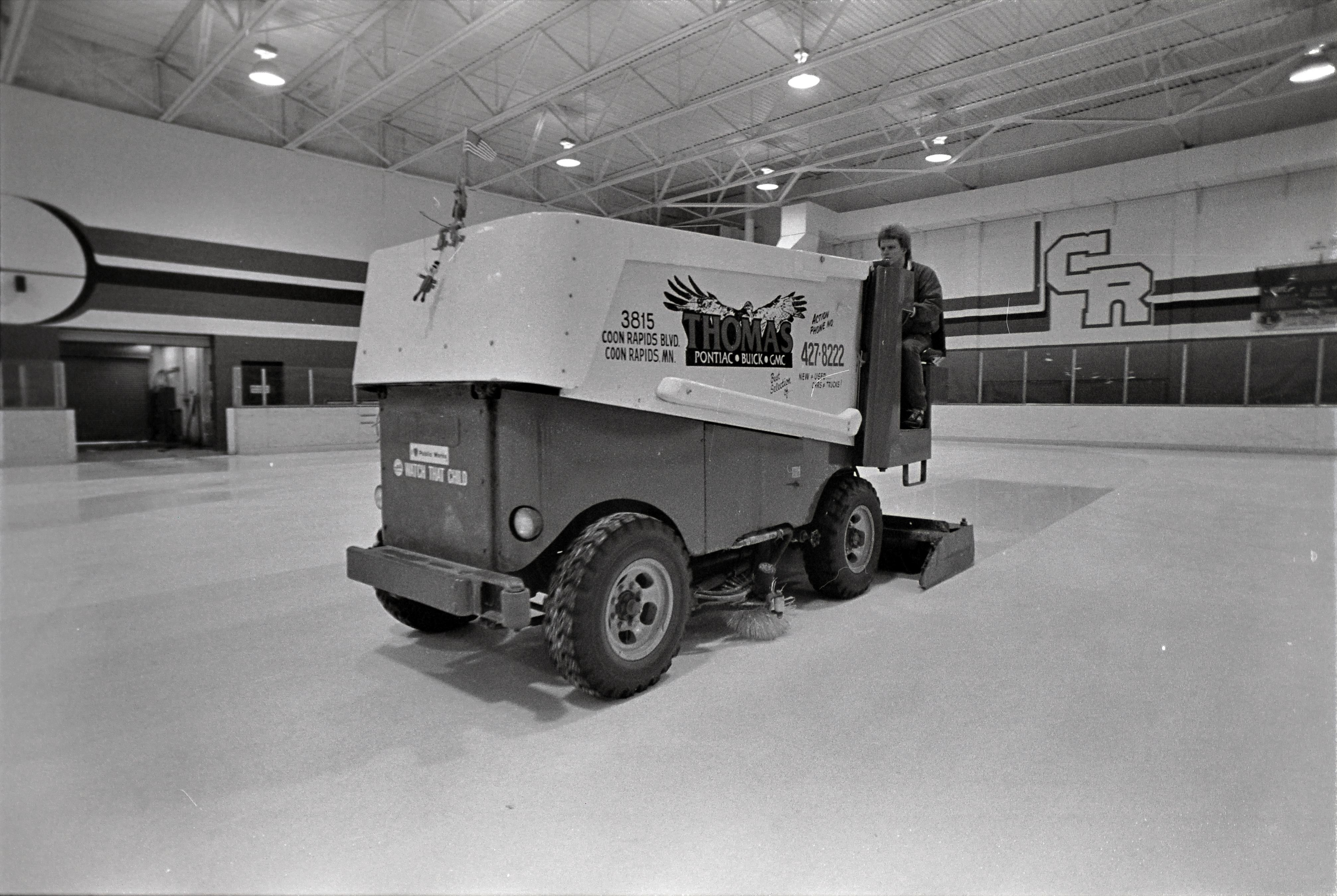 The trial: Green vs. City of Coon Rapids was settled on June 30, 1992 which read as following:

Appellant John Green and a number of other plaintiffs claim they were injured from exposure to nitrogen dioxide fumes at the Joseph Cook Memorial Ice Arena between December 1986 and February 1987. Suits were commenced against respondents City of Coon Rapids and the arena's manager, Tom Herbst, for negligently allowing unlawful emissions from the engine of an ice-resurfacing machine.

The trial court held a jury trial on appellant's suit in July 1991. At trial, the jury found the city was negligent but that its negligence was not a direct cause of Green's injuries and Green suffered no damages. The court denied post-trial motions of both parties.

Prior to Green's trial, a number of plaintiffs moved the trial court to try all claims in a class action. The court denied the motion, reasoning that "establishing a violation of the regulations about air quality testing is 'time specific': such proof would have to be done in relation to different, separate periods of time." The court stated that the question of whether the city's negligence caused a plaintiff's injuries required examination of arena conditions on the day the claimant's injuries allegedly occurred. The court concluded that the "issue of causation is an intensely factual inquiry and can only be done on a day-by-day, event-by-event basis (and probably only for one individual claimant at a time)." The court also noted that because the nitrogen dioxide gas seemed to be more concentrated around the ice surface than in the stands, there could "be a difference in causation between two otherwise similar claimants who were at the Arena for the same event, depending upon their respective distances from the ice surface."

Shortly after Green's trial, plaintiffs Lawrence Johnson and Jason Studer filed motions for partial summary judgment, alleging that the city should be collaterally estopped from contesting its negligence in their upcoming trials. The trial court granted the motion of Lawrence Johnson, who was at the arena on the same night as Green, but denied the motion of Studer, who claimed exposure on another date. Studer and the city filed petitions seeking discretionary appellate review. This court granted the petitions for discretionary review and consolidated the Green appeal with those of Studer and the city.