East Grand Forks Ice Arena/Civic Center is located at 300 15th Street NE, East Grand Forks, MN 56721.   Groundbreaking for the Civic Center construction began on July 24, 1973 and was completed for the buildings first event in 486 days on November 23, 1974.  Civic Center arena is the home of East Grand Forks youth and high school hockey Greenwave teams, and serves as the primary community event center in East Grand Forks.  Formal dedication ceremonies took place on April 20, 1975, with then Mayor Vivan E. Harney addressing the capacity crowd that the citizens of East Grand Forks "A dream come true made possible by YOU".  Since its earliest days it has served as host site for Section 8 and Section 8A Boys and Girls High School Hockey Tournaments, Youth Hockey District and Region Tournaments, Local and Regional Synchronized Skating competitions, and even a national Bantam Hockey Tournament.  In addition to sports competition, the Civic Center hosts numerous community events like High School graduation, live music, Arts & Crafts shows, and many more.  It even served as headquarters for the Minnesota National Guard during the flood fight of 1997.

Now more than 45+ years old, many aspects of the Civic Center are due for important upgrades.  None more vital than replacement of the Artificial Ice Making plant.  The R-22 ice plant is tired and worn, with many of its components remaining original to the buildings construction.  As the City of East Grand Forks works through plans for improvements to the Civic Center, the ice plant remains a top priority for improvement needs, but the list doesn't end there.  The City has worked through much of 2019 and 2020 to prioritize plans for much needed upgrades to outdated infrastructure such as building accessibility, mechanical and refrigeration systems, locker rooms, and site amenities.

In the 2020 Kraft Hockeyville USA voting competition, E.G.F. finished as 1st runner-up to El Paso, TX and was awarded $30,000 in arena upgrades.  East Grand Forks became the 2nd Minnesota Arena to become 1st runner up to that of Bloomington Ice Garden in 2017. 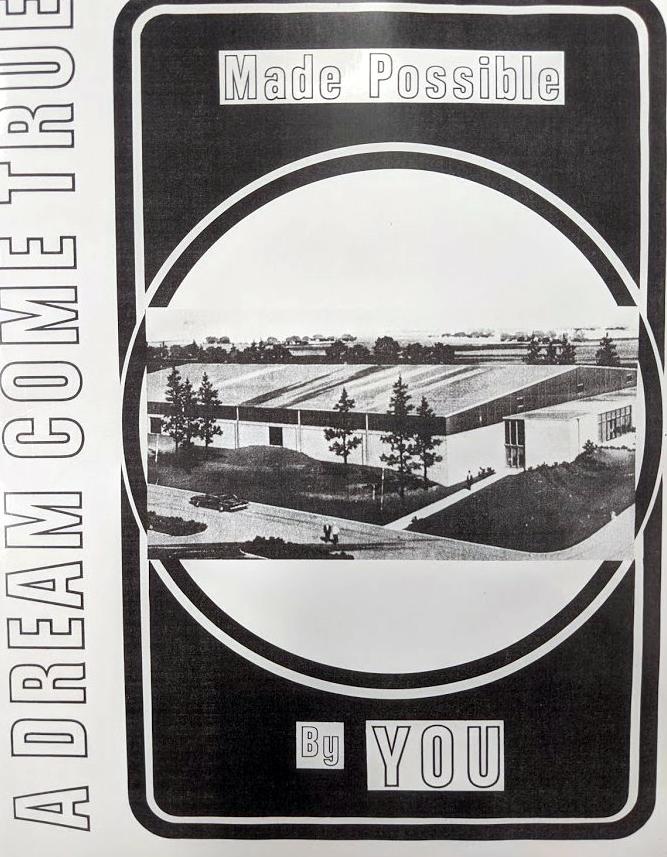 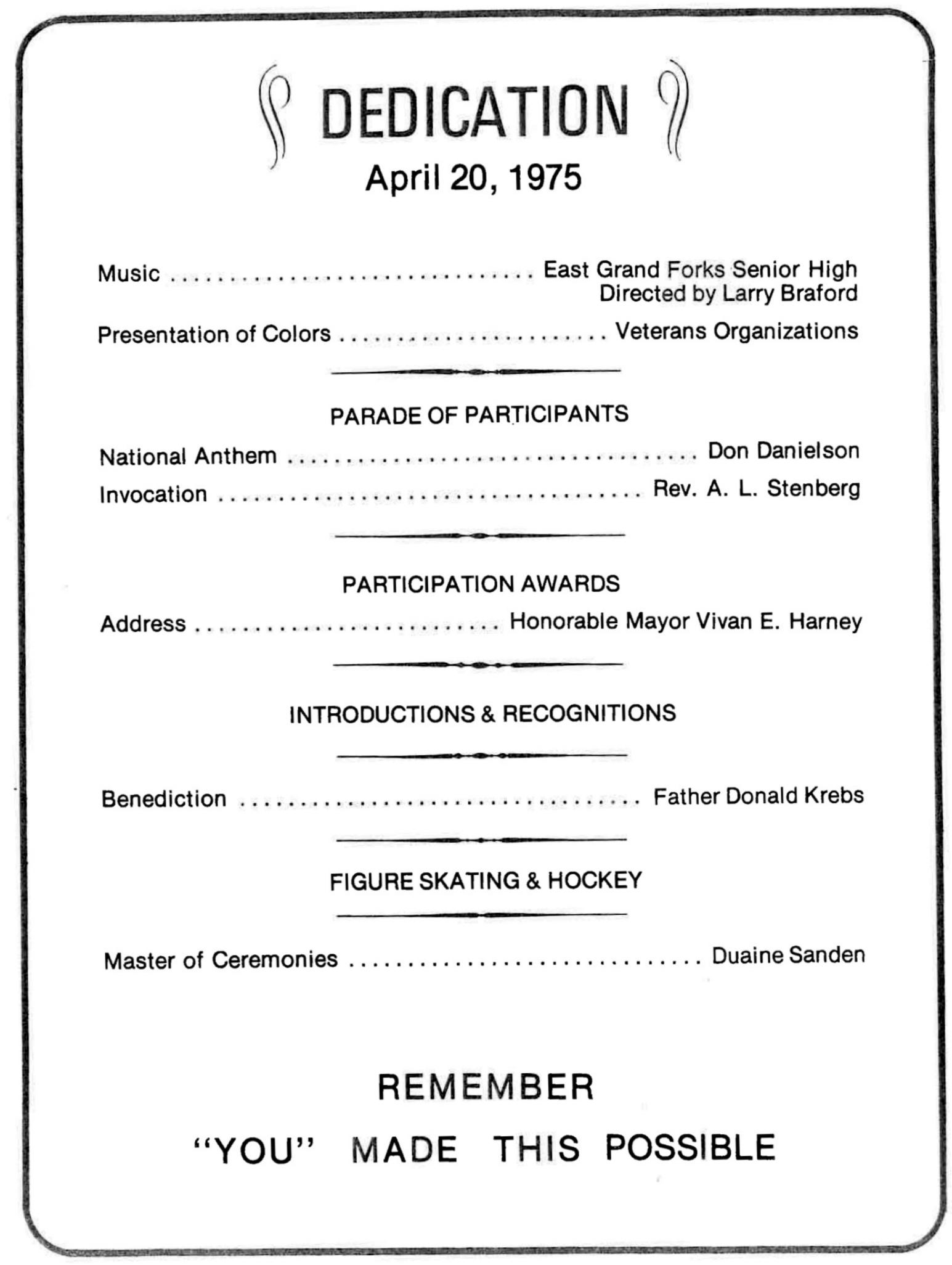 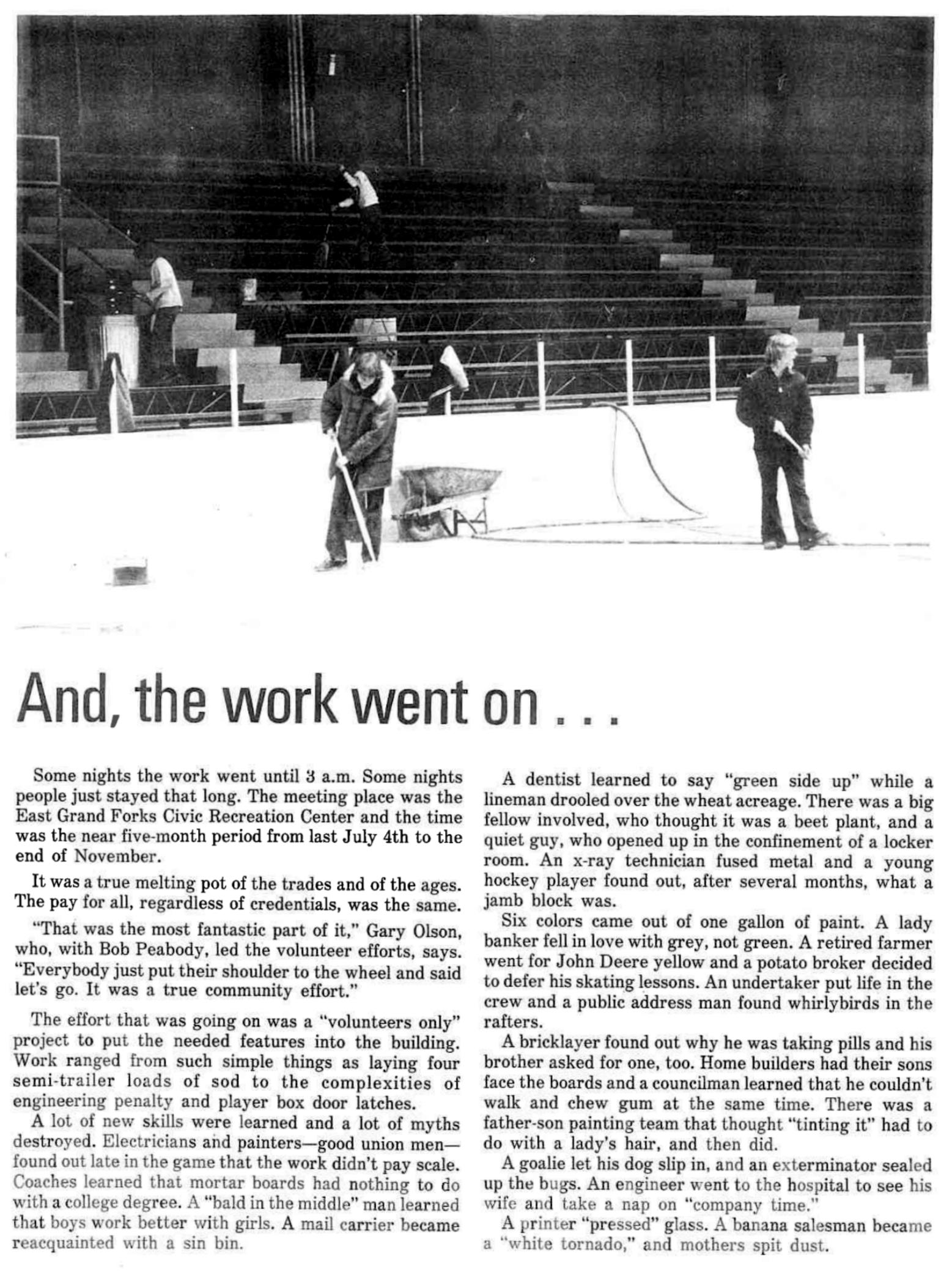