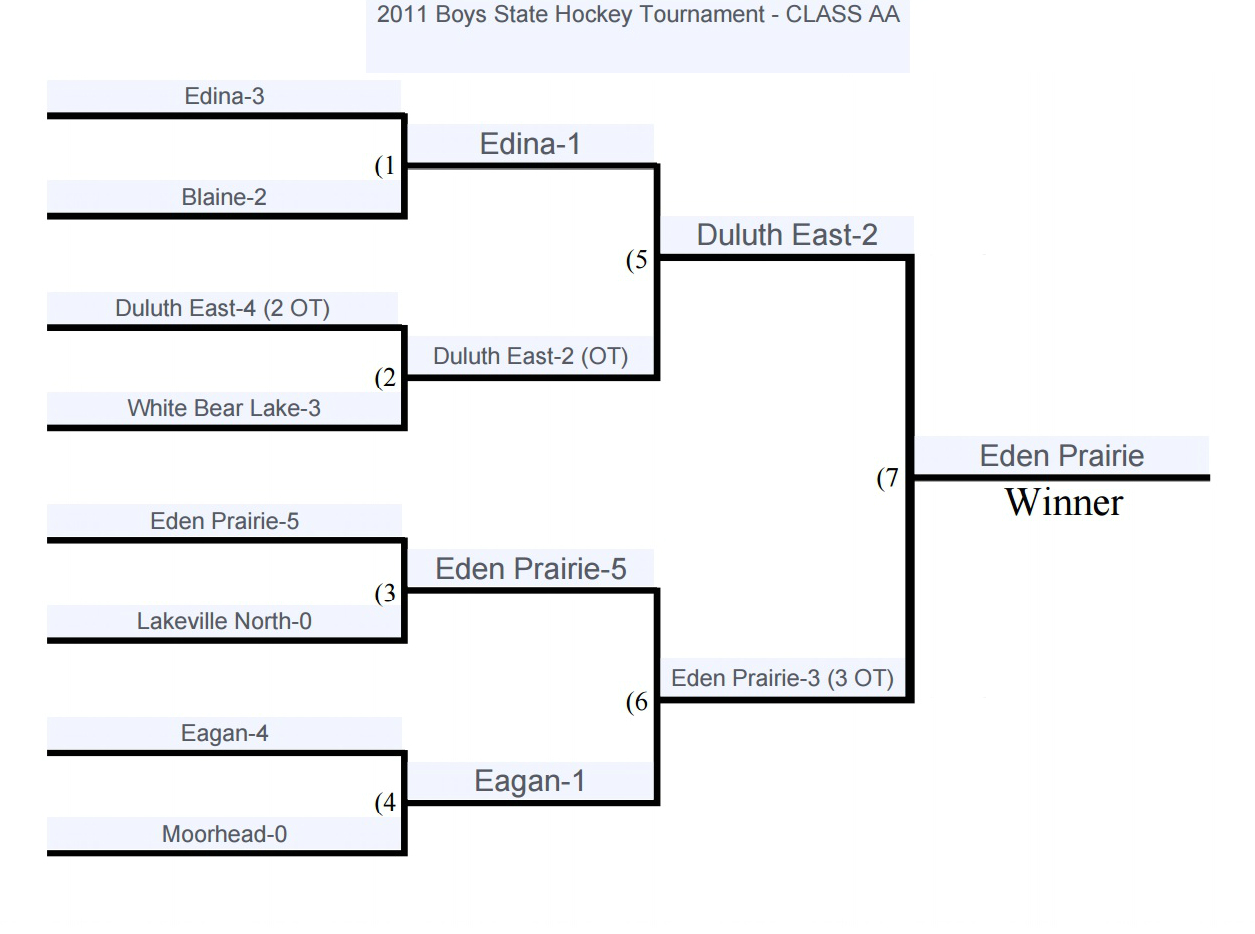 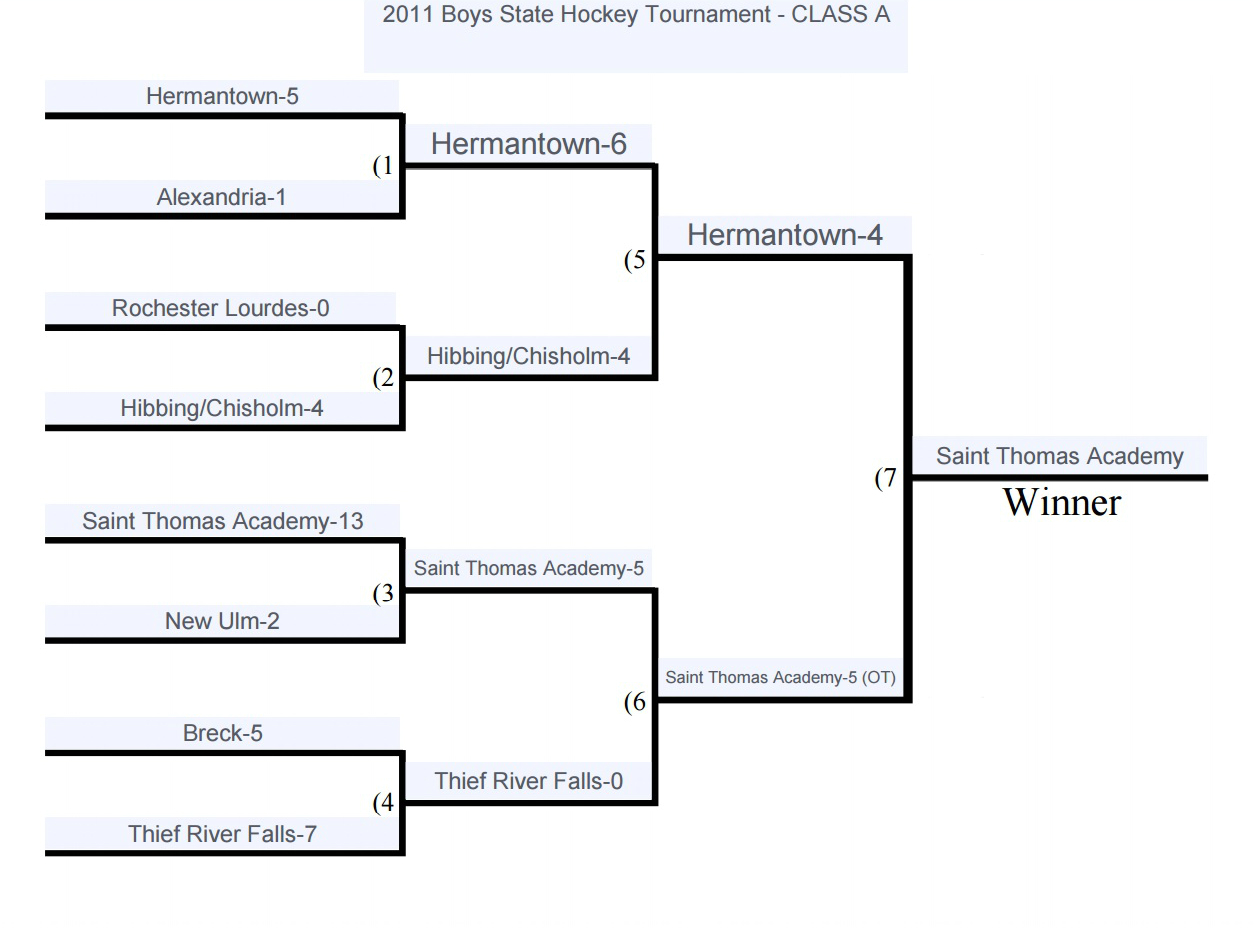 Both tournaments this season left fans drained.  Stellar play, heart-pounding moments and head-shaking comebacks were at work as both of the top seeds emerged with state championships.  In Class A, No. 1 St. Thomas Academy rallied from a two-goal deficit to force overtime and eventually record a 5-4 victory against Hermantown.  Taylor Fleming scored the winner 6:34 into the extra session.  Jared Thomas and Andrew Mattson scored two goals each for Hermantown.  In Class AA, after four empty trips for a No. 1 seed, a tournament favorite finally emerged with a championship.  It took a little longer, though, when Eden Prairie recorded a 3-2 victory over No. 3 Duluth East in three overtimes.  Kyle Rau scored the clinching goal 4:43 into the extra session on an amazing diving play. 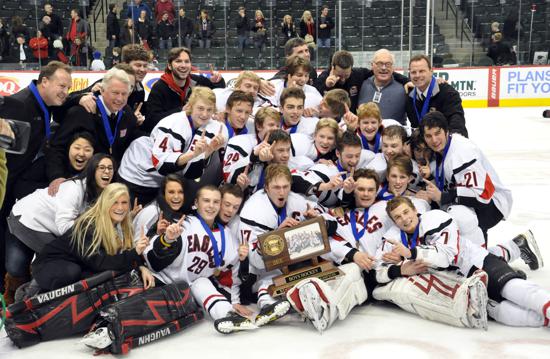 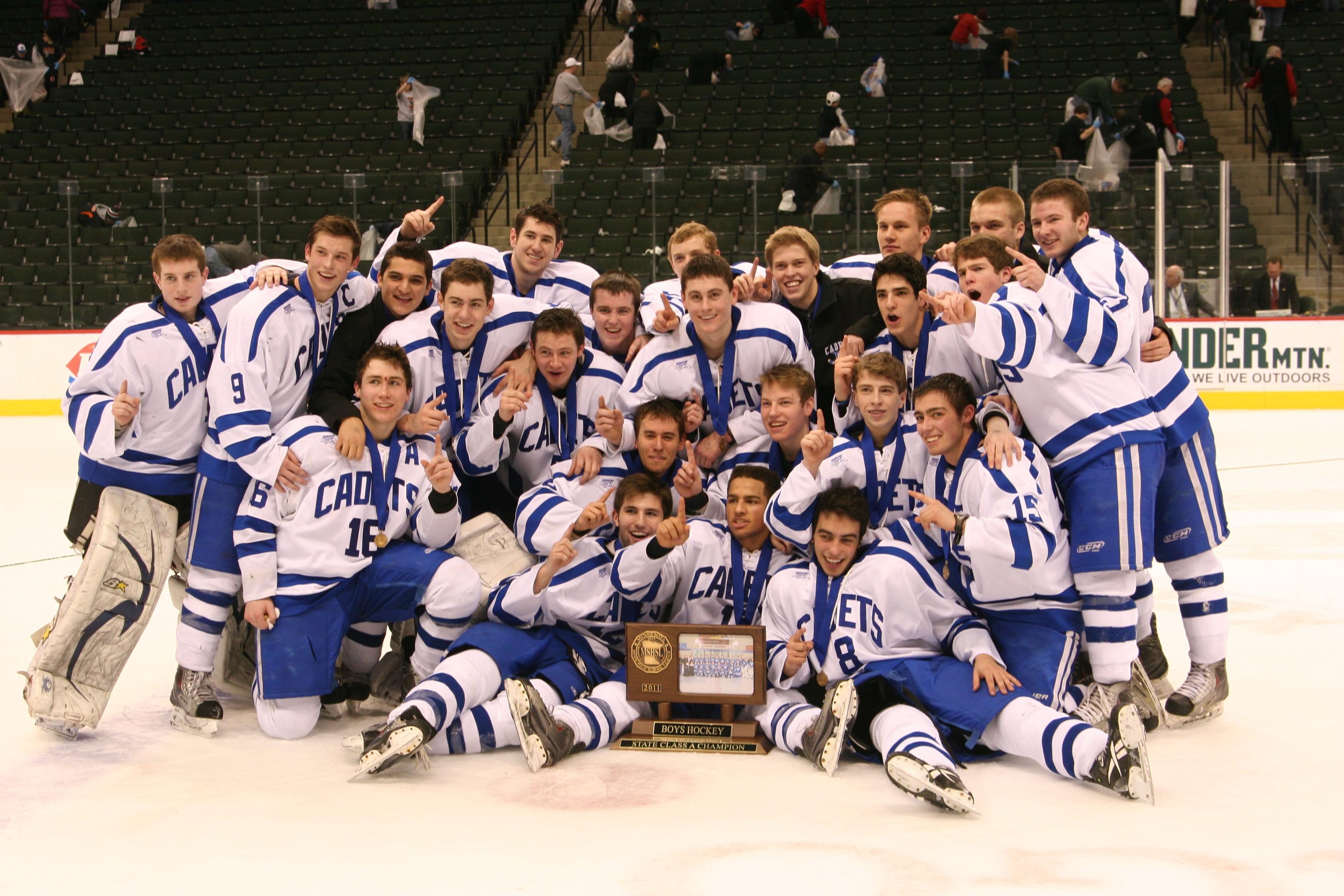