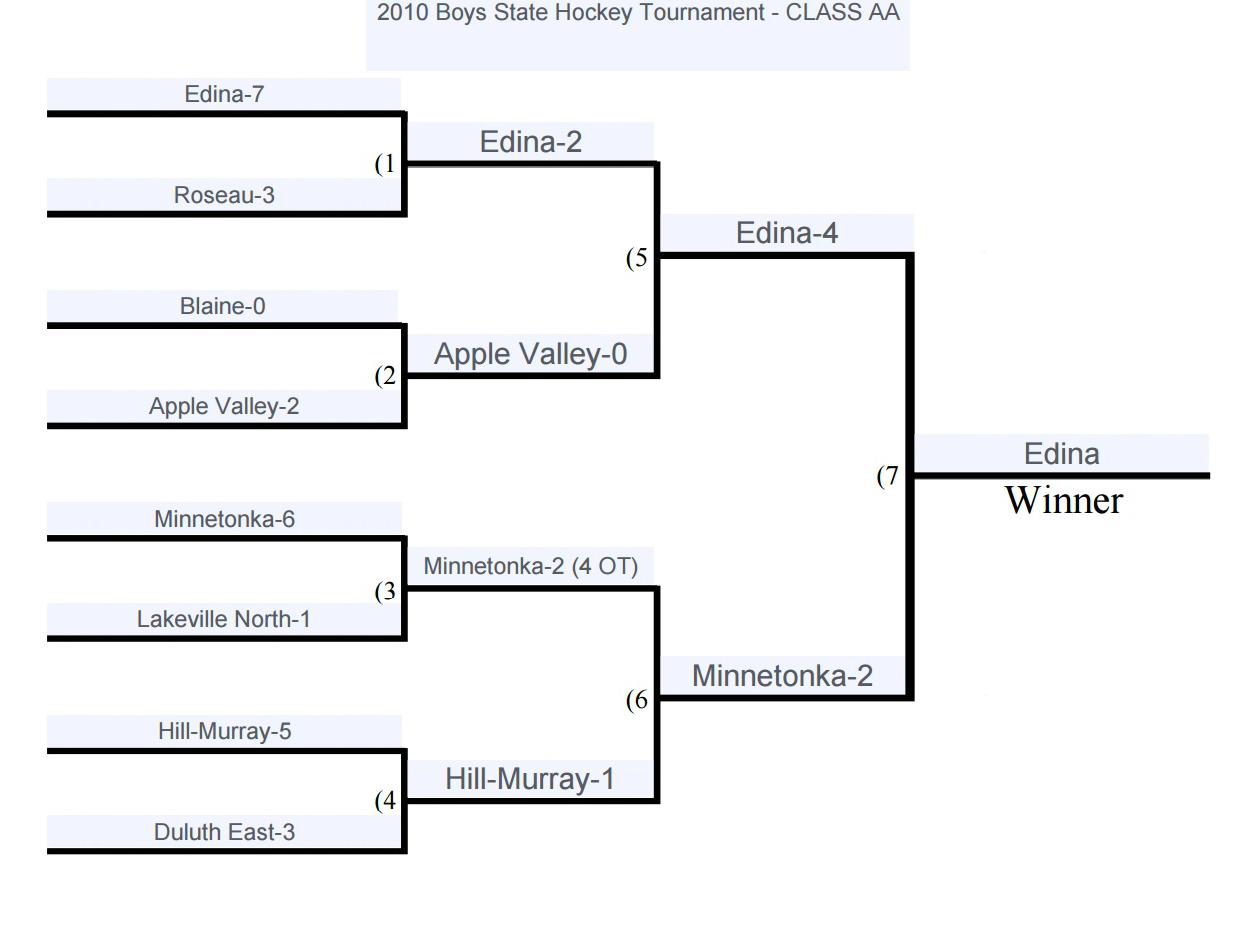 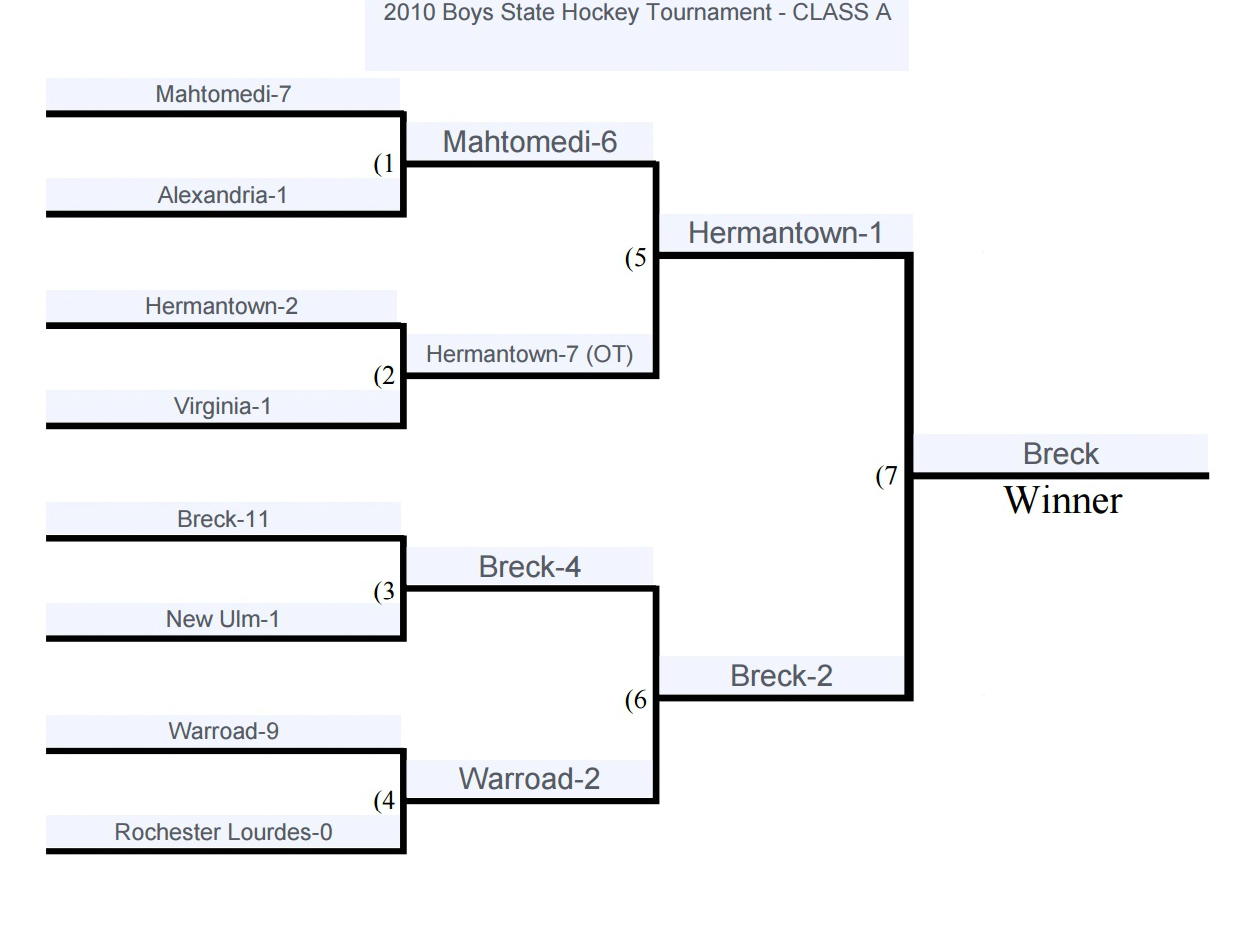 Another entry into the historical journal came from this tournament.  For the first time in the two-class era, teams from the same conference met in a championship game.  In this case, it was the Class AA title game when No. 2 Edina and No. 1 Minnetonka squared off.  Both are members of the Lake Conference.  Edina scored the game's first four goals en route to a 4-2 victory.  To get to the championship duel with Edina, Minnetonka had to survive a 2-1 four-overtime ordeal with Hill-Murray in the semifinals.  In Class A, No. 1 Breck slipped past No. 3 Hermantown for a 2-1 victory in the championship game. Mike Morin ended a tense, dramatic final on a goal at the 15:20 mark of the third period for the Mustangs. 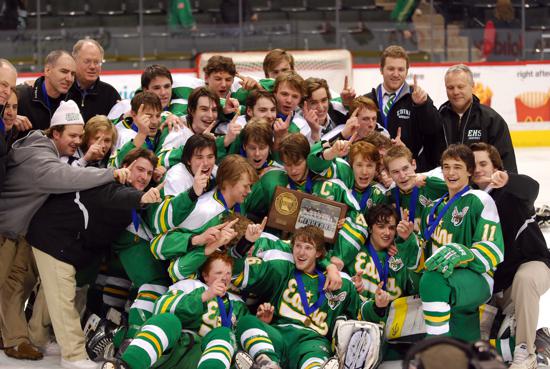 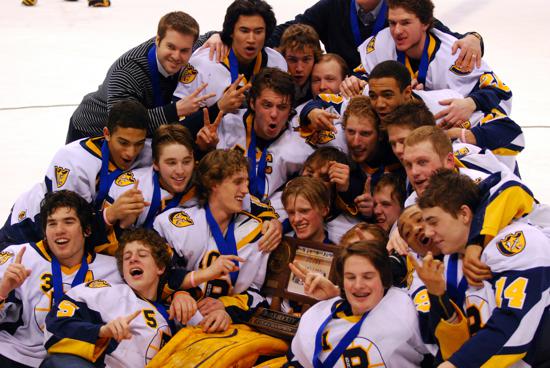