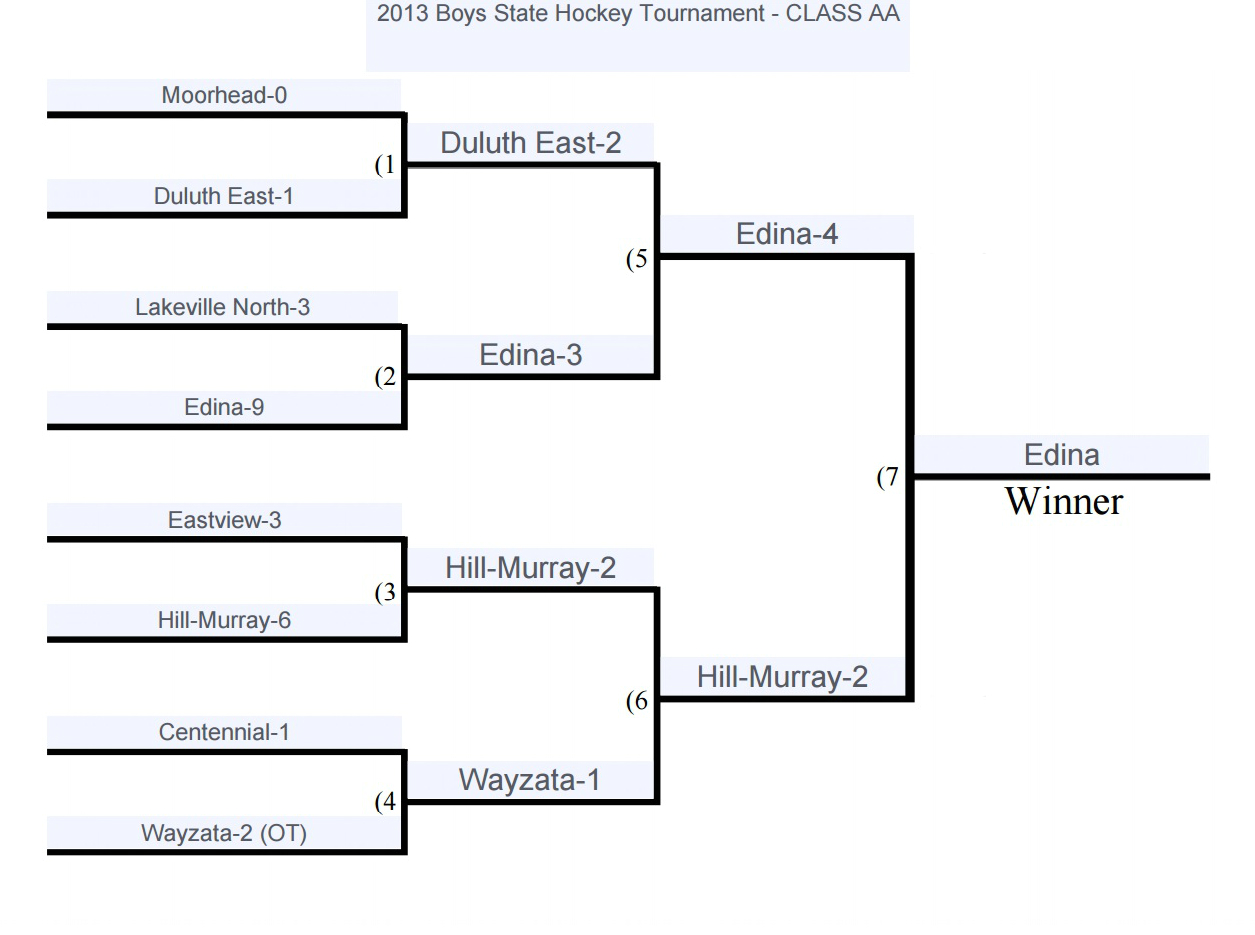 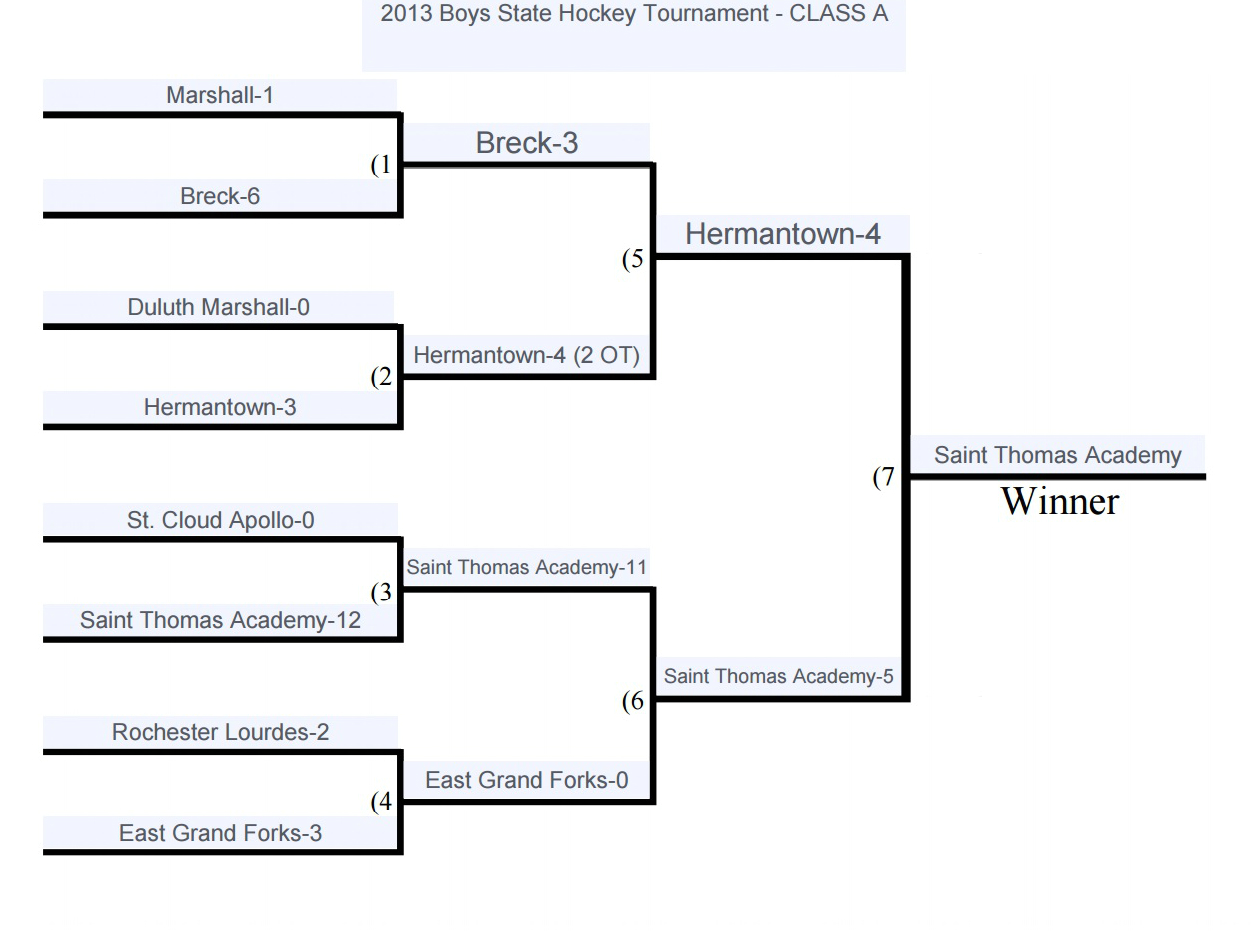 St. Thomas Academy set the gold standard in Class A by winning its third consecutive championship and fourth in six seasons.  The opponent in the final was a familiar one: Hermantown.  The Hawks had been on the short end in each of the string of three STA titles.  The top-seeded Cadets erased a two-goal deficit with three goals in the third period, including Tommy Novak's winner with seven seconds remaining in regulation time.  Matt Perry had a hat trick for STA.  Hermantown needed two overtimes to defeat Breck in the semifinals.  In Class AA, No. 3 Edina toppled No. 1 Hill-Murray with a 4-2 victory in the championship game.  After the Hornets spotted the Pioneers a 1-0 lead, Edina answered with the next four goals, including two from Cullen Munson.