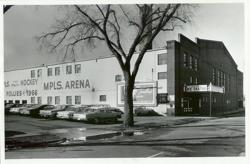 One may ask why a photo of Rainbow Foods [now a Cub Foods] below for the Minneapolis Arena?  A grocery store happens to be today in the original location of the old Minneapolis arena, located at 2900 Dupont Ave S. and Lake Street in the Uptown area of Minneapolis.  The original Minneapolis Arena built in 1924 for the Minneapolis Millers ice hockey team, with seating for over 5,500 spectators, was an indoor ice hockey arena that was a spectacle of it's time with artificial ice opening on October 31, 1924.  The Minneapolis arena, that affectionately became know as 'The Arena' to state-wide hockey enthusiasts, hosted the various Minneapolis Millers teams from 1924 until 1963, and the Minneapolis Bruins of the Central Hockey League from 1963-1965, and was the home rink to the Ice Follies shows on ice.  Fans alike recall the old Bubble-Up advertisement printed on the Zamboni, organist in the small cage behind the net, and .25 cent admission to hockey games with another .25 cents to cover pop and popcorn at concession stand.  The University of Minnesota hockey team used the arena as one of their home rinks from the arena opening, until 1950 before the old Williams Arena (re-named Mariucci arena) was built on the UofM campus.  The Minneapolis arena was later torn down in 1966, with demolition beginning on May 17, 1966 to make way for a 'possible strip mall, or a supermarket' in which the Minneapolis planning committee had the land slated for when demolition began.  Upon visiting the Cub Foods on Dupont ave in Uptown one must pay homage to the hockey teams of old that once took to the ice from the Millers, Bruins, and Gophers hockey years in the old Minneapolis arena. 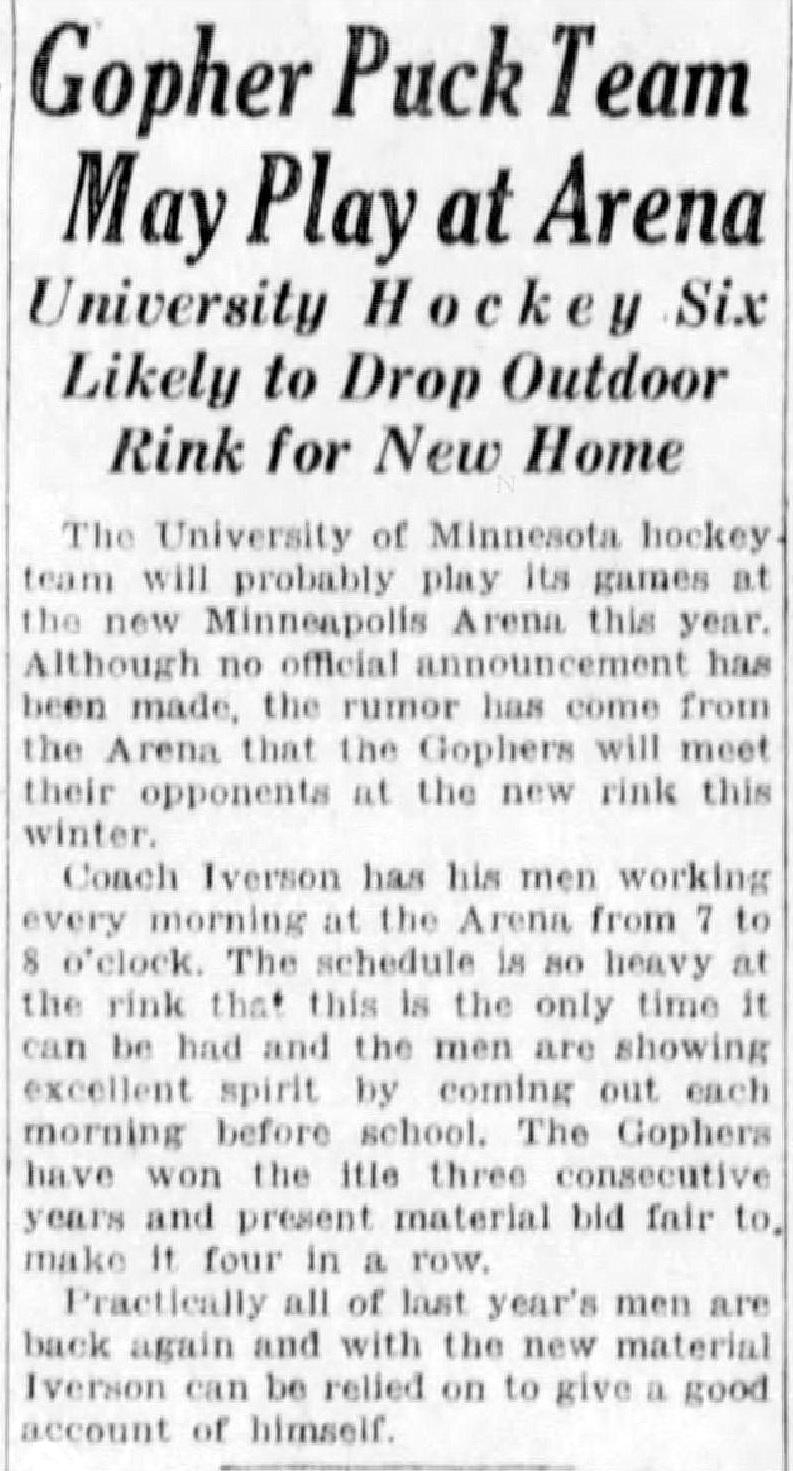 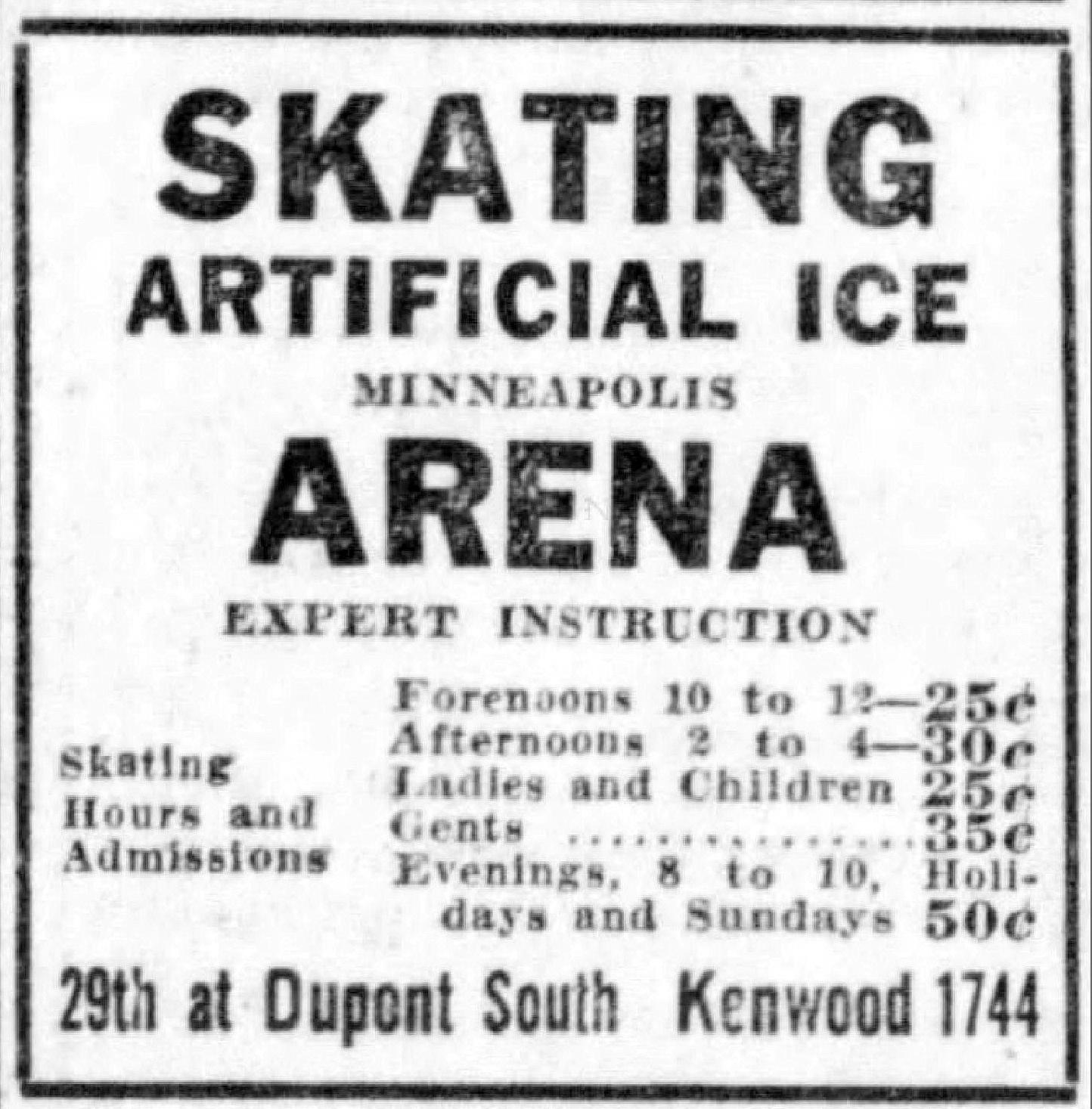 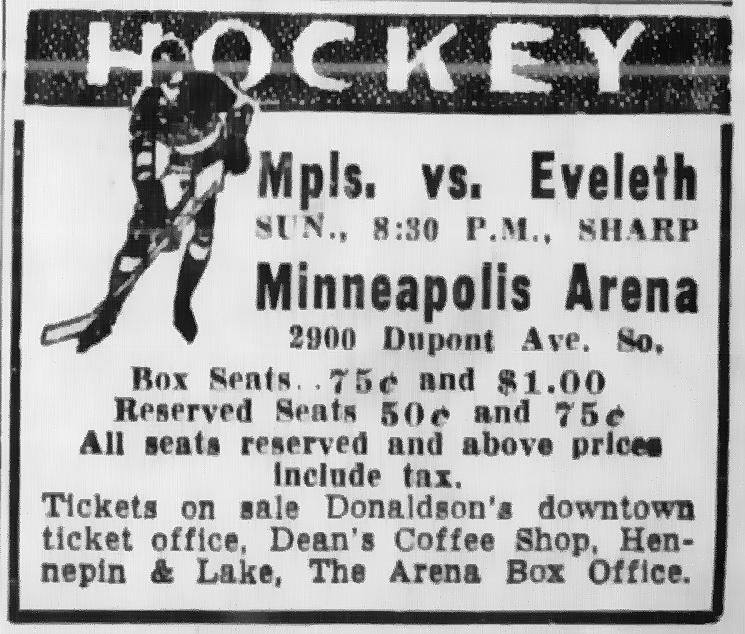 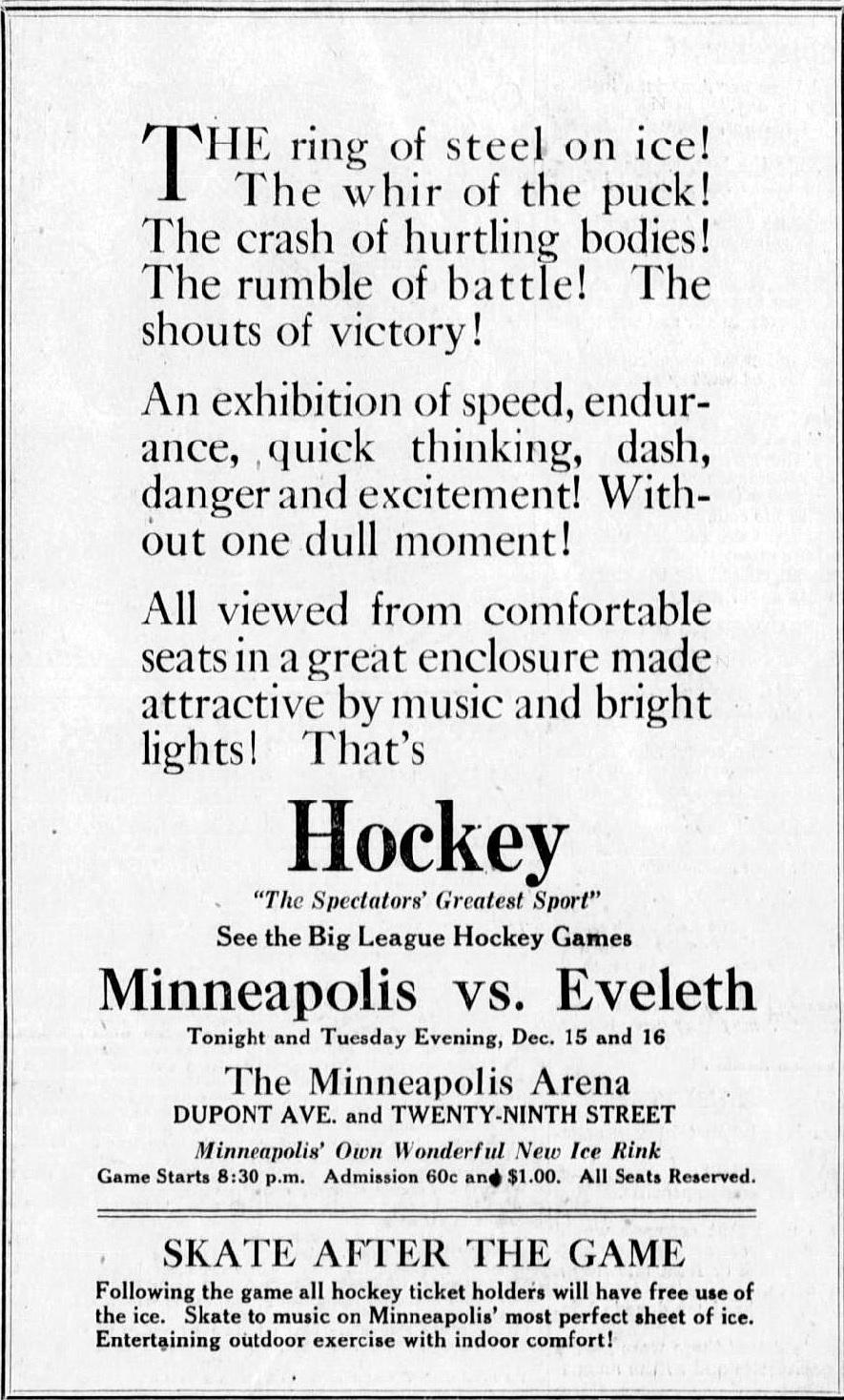