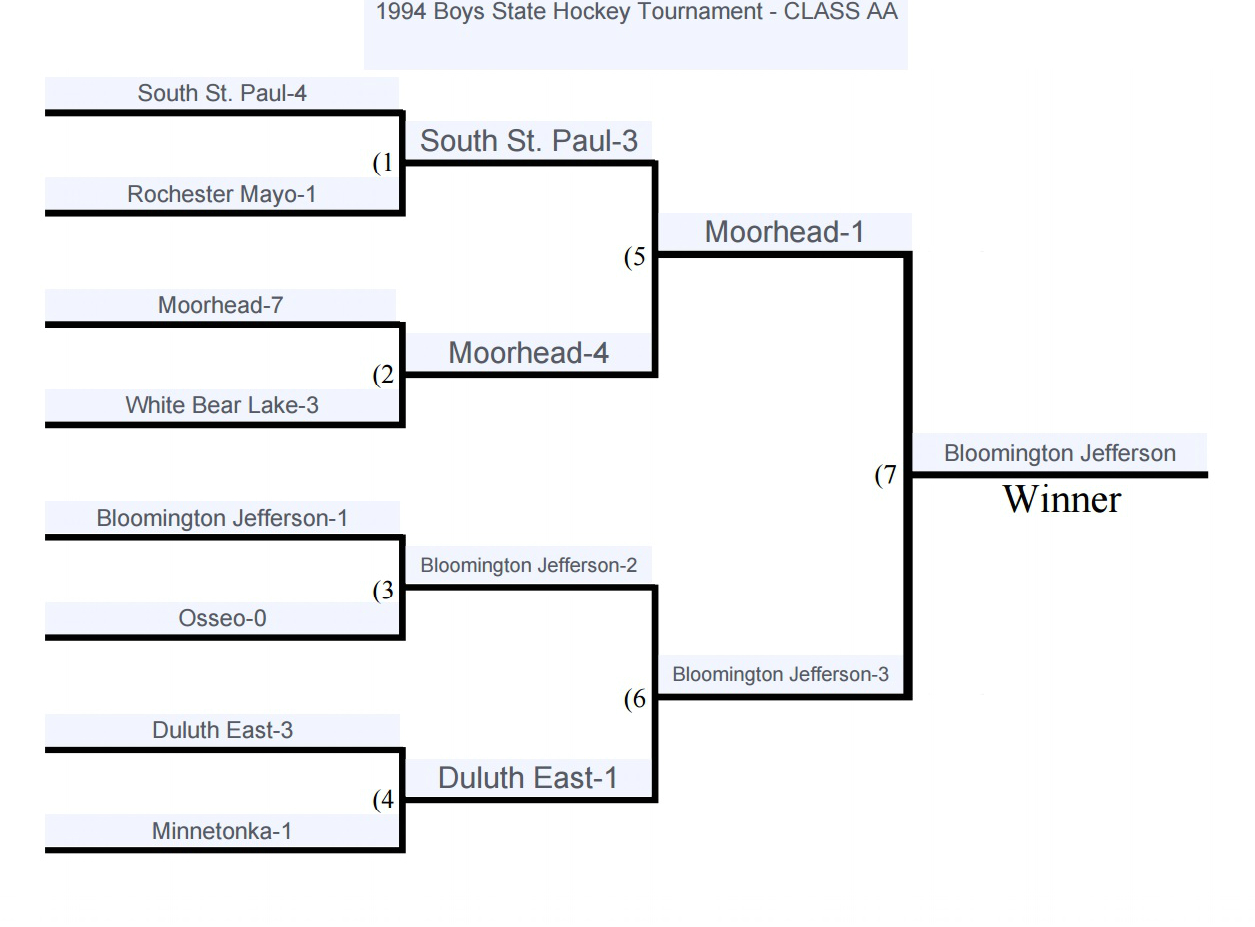 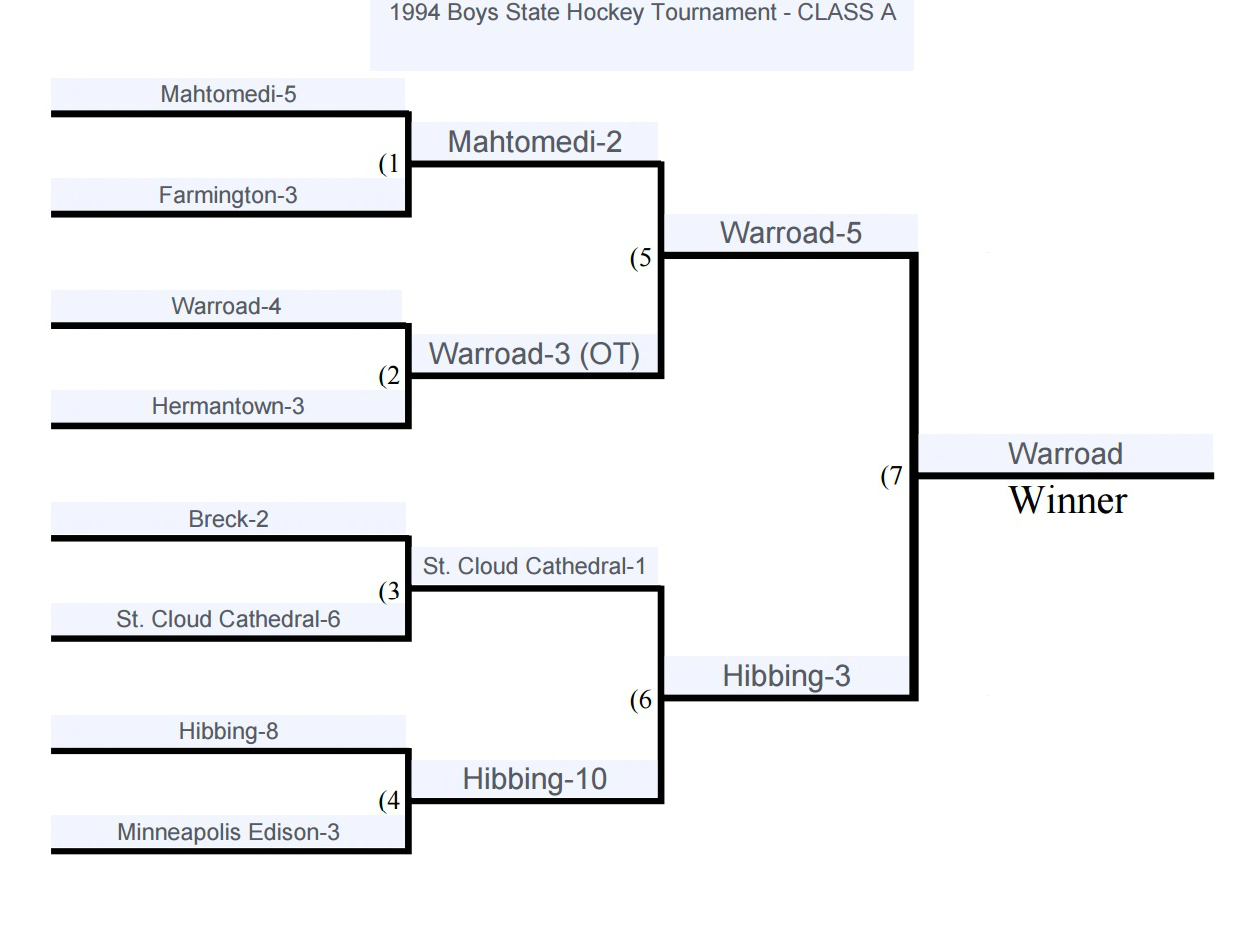 The MSHSL Board of Directors chose to discontinue the two-year experiment with the tier-system in favor of implementing a two-class format that uses enrollment to determine classification.  As part of the new process, schools could choose to opt up to play in a higher-enrollment class.  That created opportunities for Class A-enrollment schools to play against the bigger Class AA programs.  This put the tournament in line with the rest of the MSHSL events.  Warroad, which finished runner-up three times in the single-class format, captured the Class A title with a 5-3 victory over Hibbing.  Wyatt Smith had two goals for the Warriors in the championship game.  Bloomington Jefferson made it a three-peat of championships with a 3-1 victory over Moorhead in the Class AA title game.  Mike Crowley had a goal and an assist to pace Bloomington Jefferson.  It was the fifth overall crown for the Jaguars. 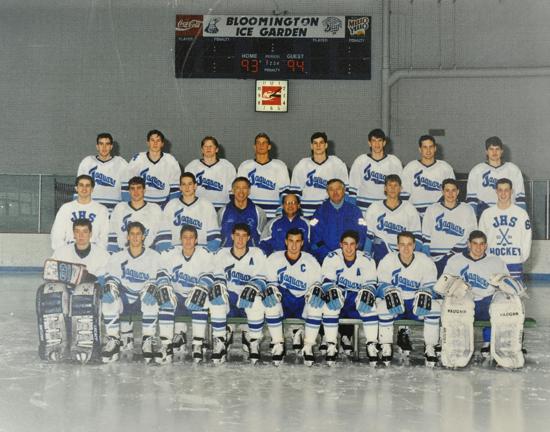 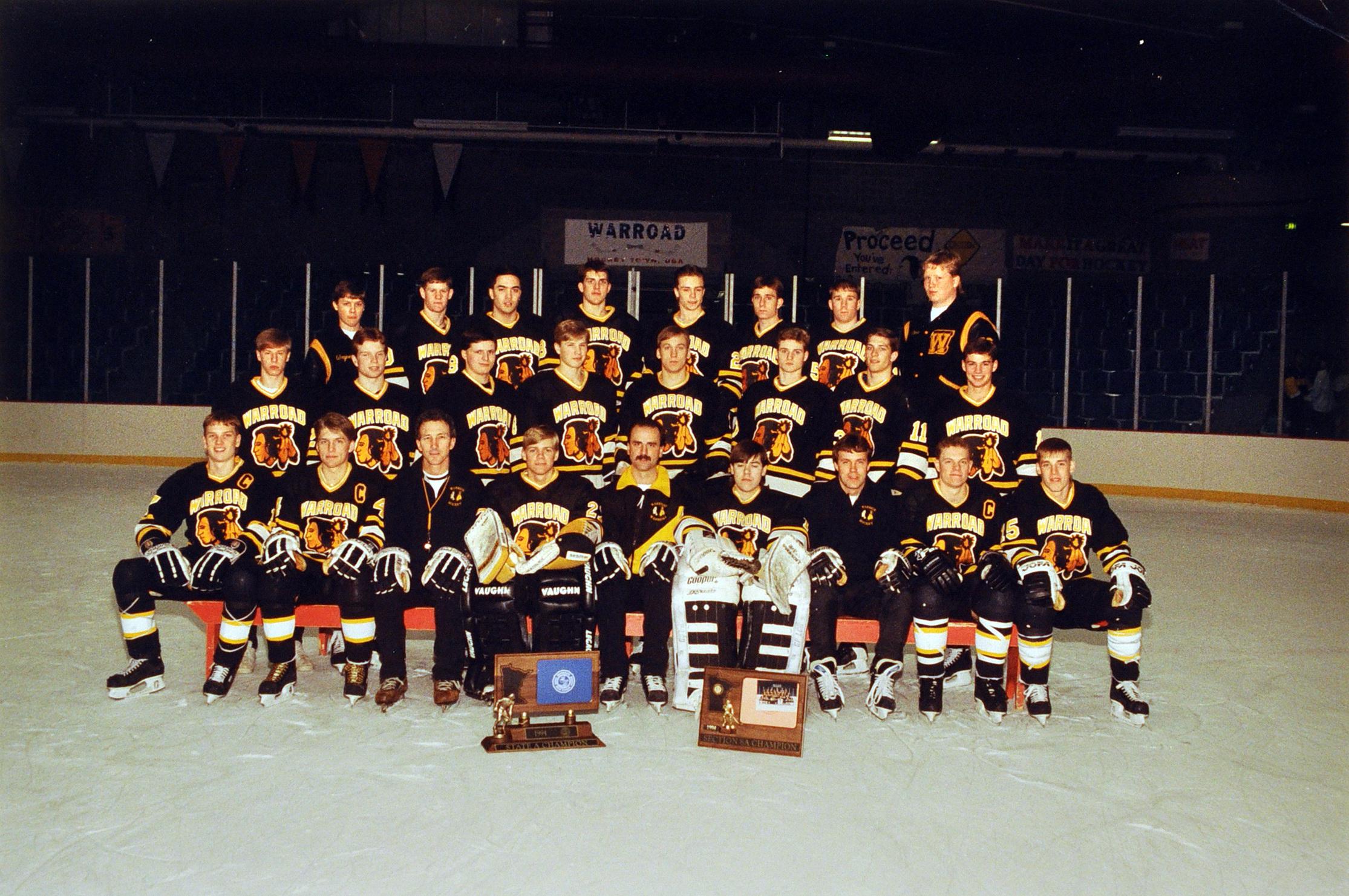