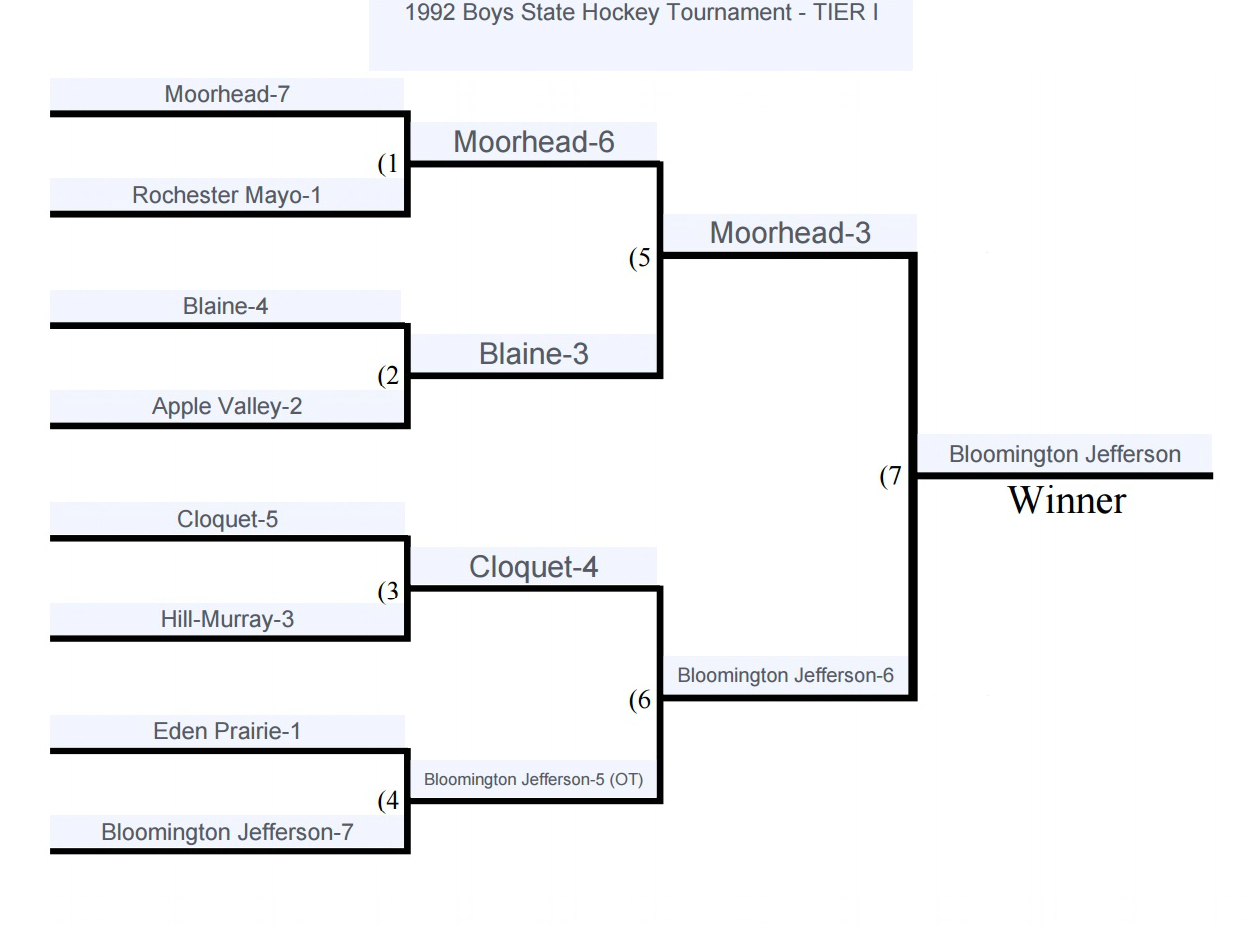 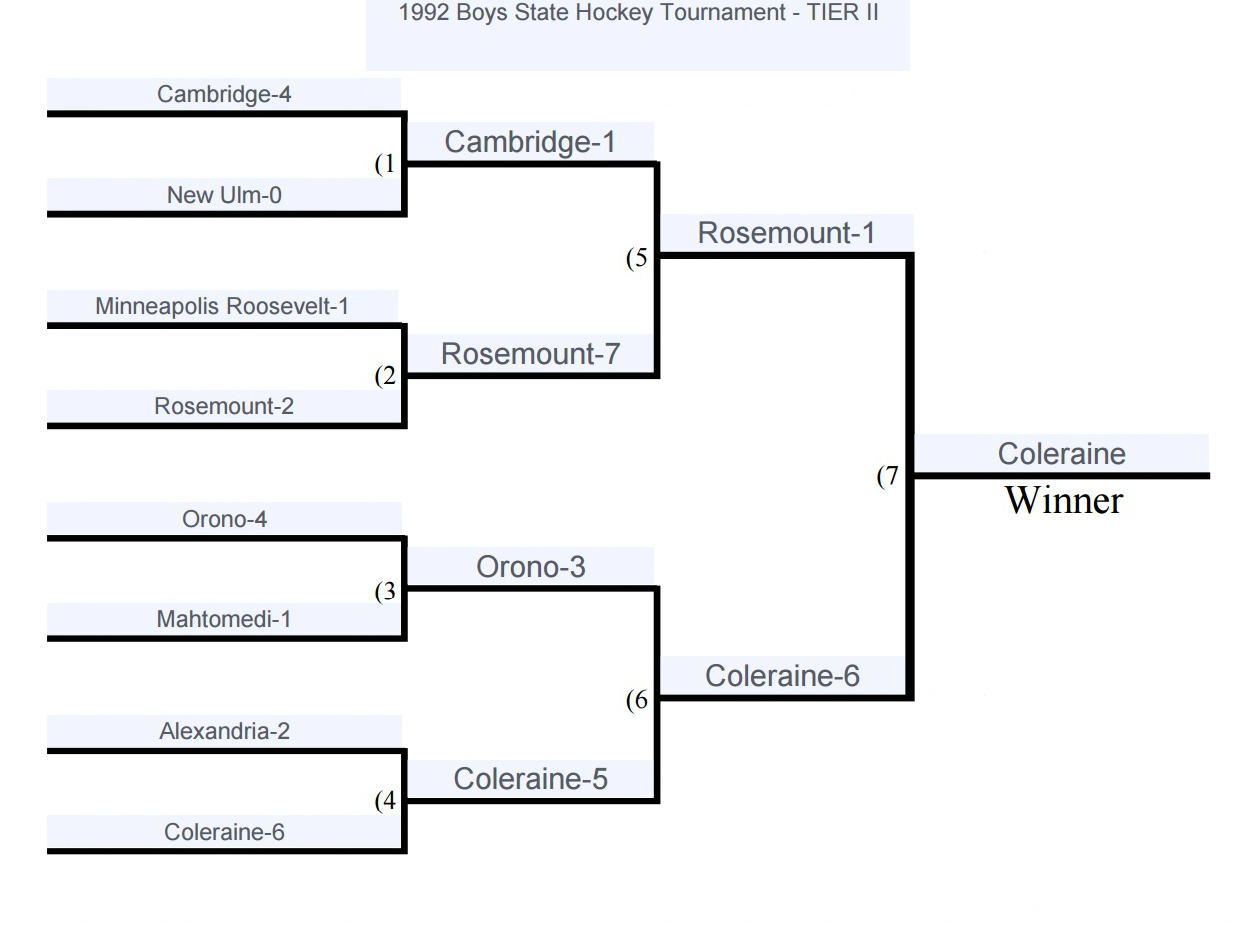 The Minnesota State High School League's board of directors approved a two-year experiment by dividing the boys hockey tournament into two groups.  But instead of dividing by enrollment size as in other activities, boys hockey was configured based on performance and ability.  Teams were not in classes, but tiers.  The tournament was also divided between two sites.  Target Center hosted the semifinals and championship for the Tier II tournament while Tier I remained at the St. Paul Civic Center.  Bloomington Jefferson won the Tier I title with a 6-3 victory over Moorhead in the championship game.  Joe Bianchi scored three unanswered goals in the second period.  Greenway-Coleraine/Nashwauk-Keewatin captured the Tier II crown with a 6-1 victory over Rosemount.  Rosemount, which entered the tournament with a 4-20-1 record, was a member of the tough Lake Conference, which made it tournament ready.  The Irish defeated Minneapolis Roosevelt in overtime in the quarterfinals and then Cambridge in the semifinals. 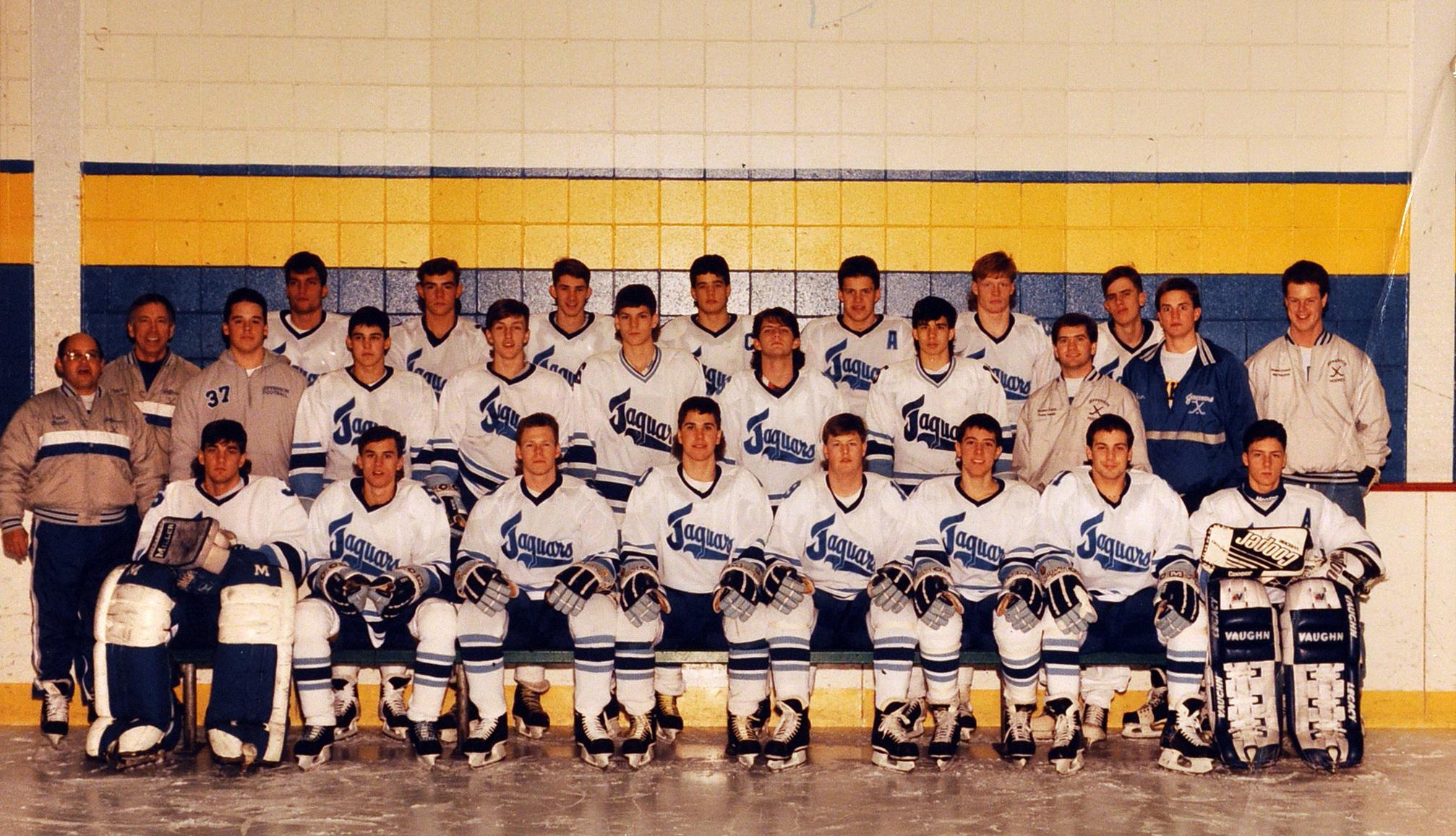