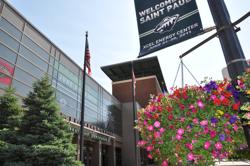 For the second time Minnesota played host to the NHL Draft when it visited St. Paul, MN on June 24, and 25th, 2011.  The first draft in the State of Hockey took place at the formidable Met Center in Bloomington, MN back in 1989.  Mats Sundin was the first overall selection that year by the now defunct Quebec Nordiques.  The home-town Minnesota North Stars first pick additionally came in the first round, 7th overall, with Minnesota selecting Rochester, Minnesota native Doug Zmolek whom played for the University of Minnesota Golden Gophers.  Ryan-Nugent Hopkins of the WHL's Red Deer Rebels was selected 1st overall by the Edmonton Oilers at the 2011 Draft.  The home-town Minnesota Wild had the 10th overall pick - 1st round and selected Swedish born Jonas Brodin, and Zach Phillips selected 28th overall - 1st round for their second selection.  The first MN Native selected in the 2011 NHL Draft was that of Mario Lucia of Wayzata High School, son of Gophers Hockey coach Don Lucia by the Minnesota Wild 60th overall in the second round.  With Lucias selection in the 2nd round, this marked the first time since 2001 (Tim Jackman by Columbus) that a Minnesotan wasn't selected in the first round of the Draft.

Click here for images from the 2011 NHL Entry Draft 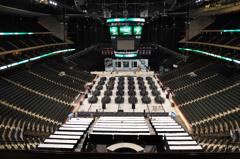 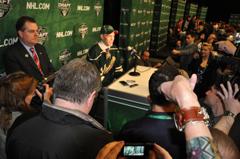 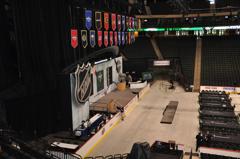