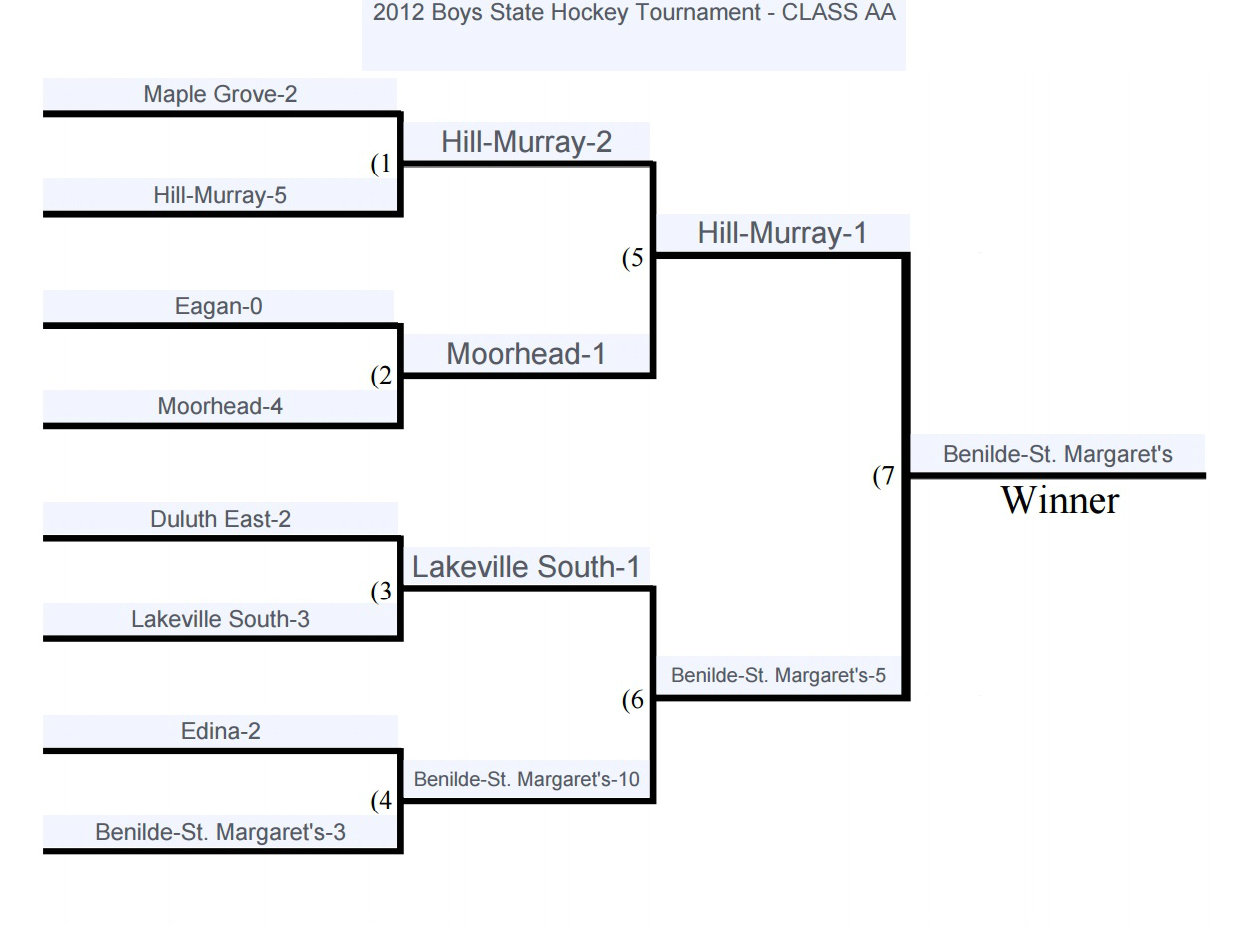 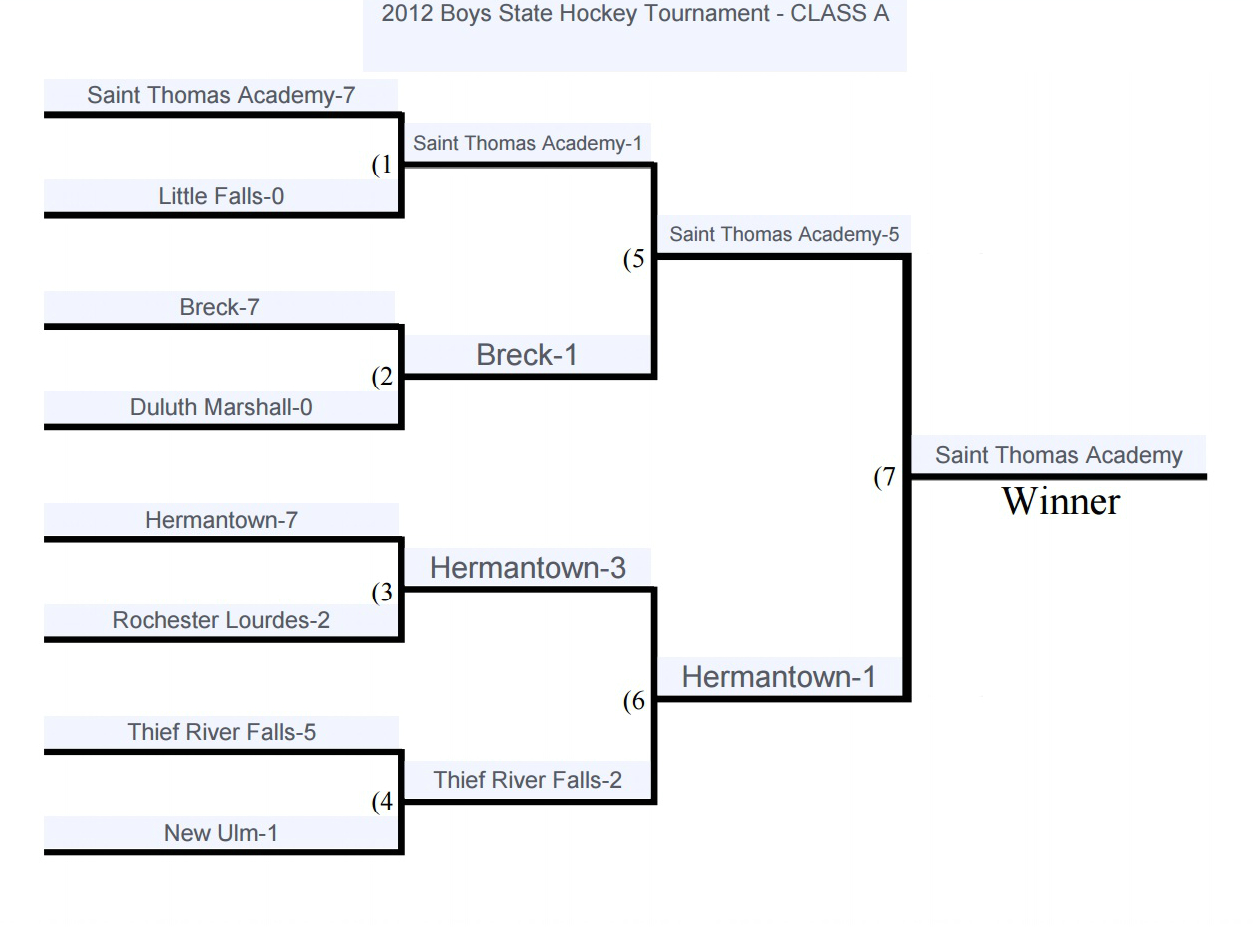 There was another entry into the boys' hockey history register with this tournament: For the first time, a school that had previously won a championship in another class won the other.  That came when Benilde-St. Margaret's captured the Class AA championship with a 5-1 victory over Hill-Murray in the title game.  Grant Besse scored five goals to power the Red Knights, who had previously won Class A crowns in 1999 and 2001.  It was also the first time that two unseeded teams would meet for the state championship.  No. 1 Duluth East, No. 2 Maple Grove, No. 3 Eagan and No. 4 Edina couldn't survive the quarterfinals.  In the Class A final, two familiar foes squared off again.  This time, Hermantown was the No. 1 seed and Saint Thomas Academy was No. 2.  Saint Thomas Academy raced to a 5-0 lead en-route to a 5-1 victory. 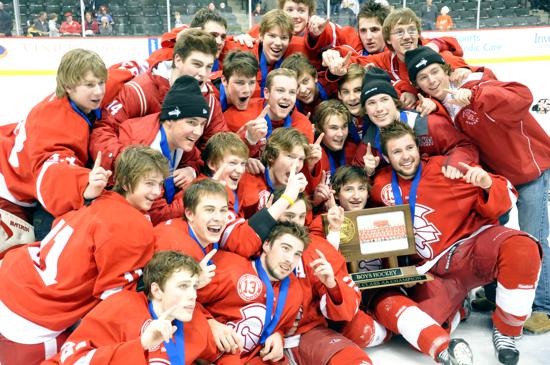 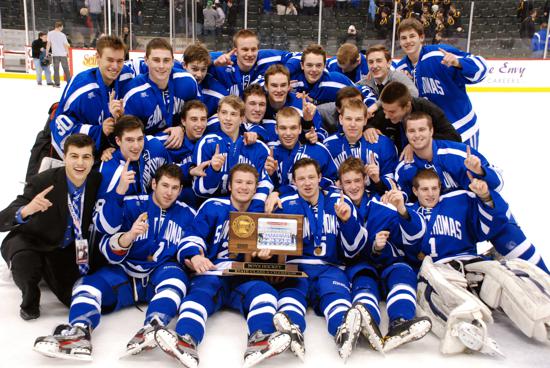