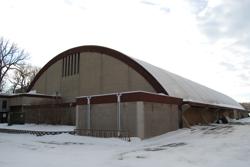 The Minnehaha Academy Ice Arena is located at 4200 W. River Parkway (Formerly 4200 West River Road) in Minneapolis, MN. and lies directly behind the pre K-8 Minnehaha Academy South School Campus nestled along the Mississippi River.  The current rink- as shown today- has undergone numerous transformations over the years as it was "initially" an outdoor natural sheet of ice.  The first change came in the early 1960's when the ice arena became a "partial" outdoor rink with the construction of net-end walls and a- now vintage- barrel truss roof that was added overhead.  The rink remained "open air" on the team bench (south side), and spectator (north side) walls until the spring-summer of 1980, when an artificial ice plant was added to the standard 200 x 85ft rink.  Upon completion of the new ice in fall of 1980 the building became fully enclosed with rink side walls that were added to the buildings infrastructure.  In addition to the rinks many structural transformations it has also changed names over the years.  The rink was formerly known as Breck Arena.  The Breck school sold the South Campus to Minnehaha Academy- whose main North Campus with upper grades 9-12, were down the road 1 mile from the South Campus.  With the purchase of the Breck campus, the Breck Ice Arena became the new Minnehaha Academy Ice Arena.  Breck in-turn relocated to its current location in Golden Valley, MN.

Today the Minnehaha Academy Ice Arena is in need of building interior/exterior modifications to the aging rink.  An ambitious expansion project/fundraiser is underway at the Academy currently to save this 48+ year old building.  The school is looking to add: new de-humidification system, interior rink heat, new artificial ice plant, ice resurfacer, weight room, new locker rooms for the boys and girls Redhawks hockey teams with showers, and a new roof membrane.  Upon my visit to the arena I noticed immediately how cold the arena was compared to many other rinks that I have skated in, and visited.  The only thing I was thinking was how nice the ice must be in an arena this cold!

Special thanks to John Brown-Roseville Oval maintenance/former Breck Arena Manager in the early 1980's for information regarding the current Minnehaha Rink. 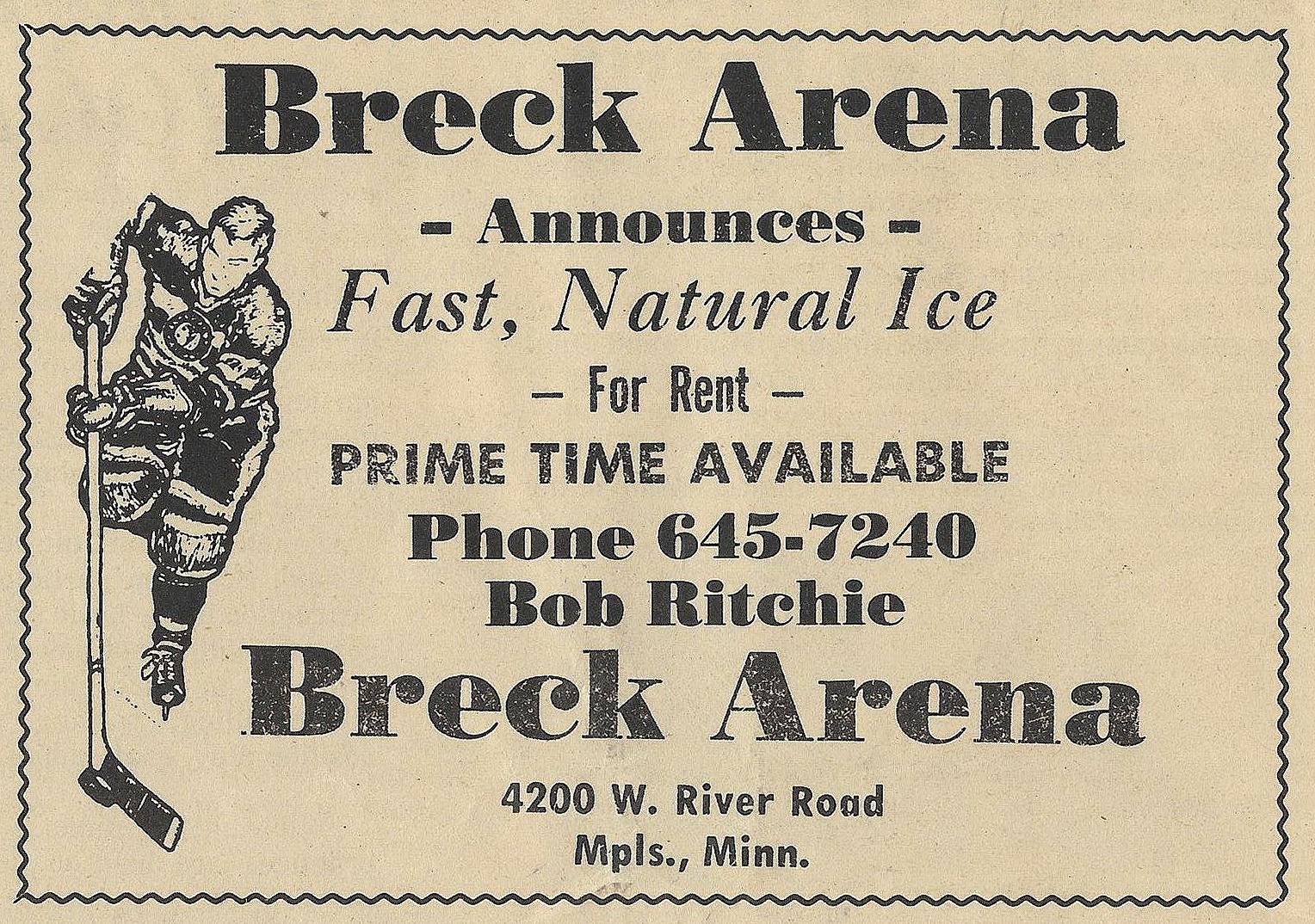