Here is a partial list of some of the questions asked......

Where did you play hockey before coming to College/NHL?

Tell us about your time as a child playing hockey in Minnesota?

As a youngster, which hockey player(s) or person did you look up to as a role model?

How would you describe yourself as a hockey player?

Who were some of your favorite teammates?

Who was the best coach you played for?

In your opinion, what were some of the best hockey highlights of your career?

What hobbies do you have?

What advice do you have for high school kids who one day dreams of playing College/NHL hockey?

How did it feel to wear a USA hockey sweater for the 1st time?

If there was one thing you could change about modern-day hockey, what would it be?

What do you think has been the biggest change in hockey since you played?

Could you recall for us some rather zany memories from your long career?

Did you find it difficult to retire?

How else have you kept involved in hockey?

What person or persons had the biggest impact on your career?

Who was the greatest player you ever played with? And against?

When you look back at your career, what has enriched you personally?

What are you doing today? 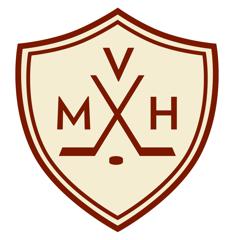