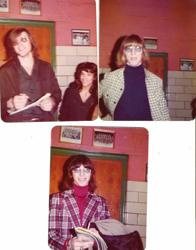 The Carlson brothers a.k.a. the Hanson Brothers are the ice hockey playing siblings from the 1977 movie "Slap Shot" and "Slap Shot 2". The characters are based on three brothers who were actual hockey players; two of which starred in the film.

Jack Carlson was unable to act in the film as the Edmonton Oilers called him up for the WHA playoffs. In his place, Dave Hanson (born April 12, 1954 in Cumberland, Wisconsin) fulfilled the role. In the movie, they speak with a typical North Central American accent, owing to their hometowns, in areas where hockey is prevalent. The United States Hockey Hall of Fame is located in Eveleth, Minnesota, only a few miles from Virginia, home of the Carlsons. The Iron League, from which the Hansons are supposedly bought, may be a reference to the Marquette Iron Rangers or the Iron Range, a hockey hotbed in Northern Minnesota.

Slap Shot The movie, which stars Paul Newman, was written by Nancy Dowd, and based upon the antics of the North American Hockey League club in Pennsylvania called the Johnstown Jets, for which her brother Ned played. All three played for the Johnstown Jets team Nancy Dowd wrote about. The character "Killer Carlson", is based on Dave Hanson who was nicknamed "Killer" Hanson. Ironically, later in his pro days, Jack Carlson, the man Dave "played" in the movie, was often referred to as "Killer". Dave Hanson actually had the the second longest career in the WHA and NHL out of three 'Hanson Brothers" in the film. Playing 136 games combined in the WHA/NHL to Jeff Carlson's 7 total games (all WHA). "Putting on the foil" seems like an inside hockey statement today that became popular from the Hansons Slap Shot lines.

Steve Carlson played in the World Hockey Association with the New England Whalers, Edmonton Oilers, Minnesota Fighting Saints and in the National Hockey League for the Los Angeles Kings. He played in 225 combined games, the most big league games of the three brother. Steve Carlson had a few fights here and there, but was known more as a finesse player.

Jack Carlson played in the World Hockey Association with the Minnesota Fighting Saints, Edmonton Oilers, and New England Whalers, and in the National Hockey League for the Minnesota North Stars and St. Louis Blues. He was a fan favorite with his hard-hitting style, piling up 1111 penalty minutes in 508 professional games. He was very well known throught his career as an "enforcer".

Jeff Carlson also played in the World Hockey Association with the Minnesota Fighting Saints. He to was also known for "dropping the gloves" 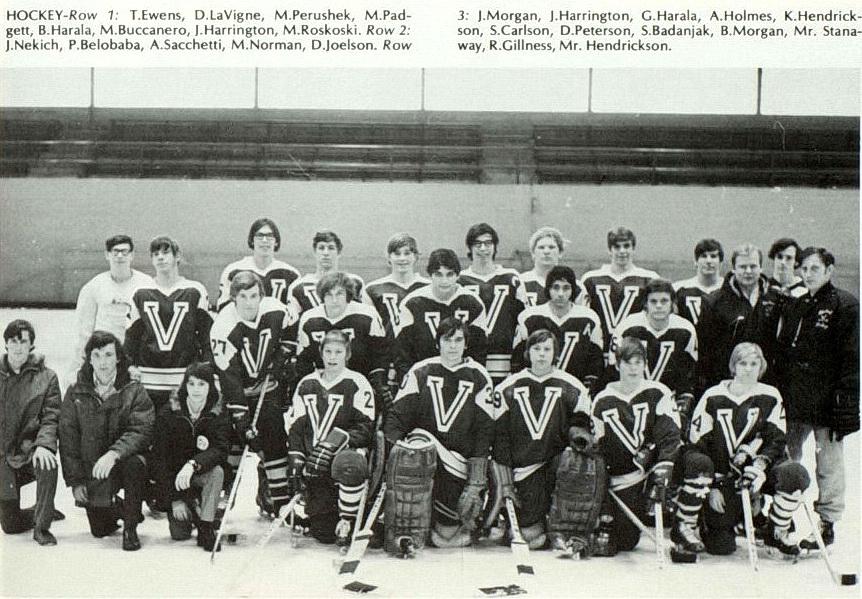 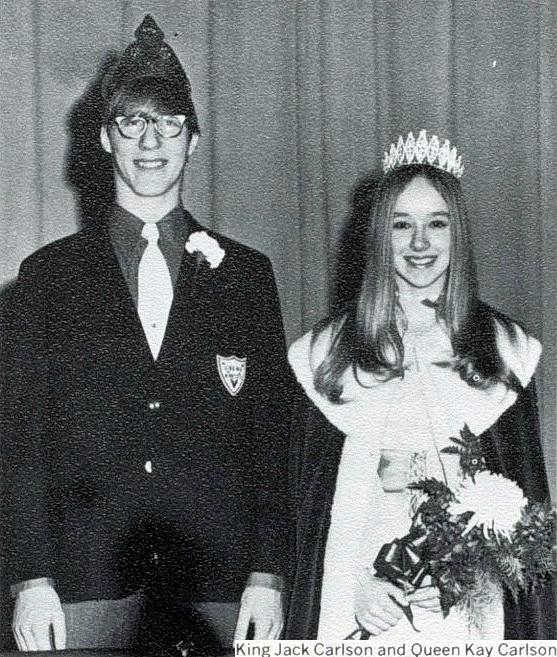 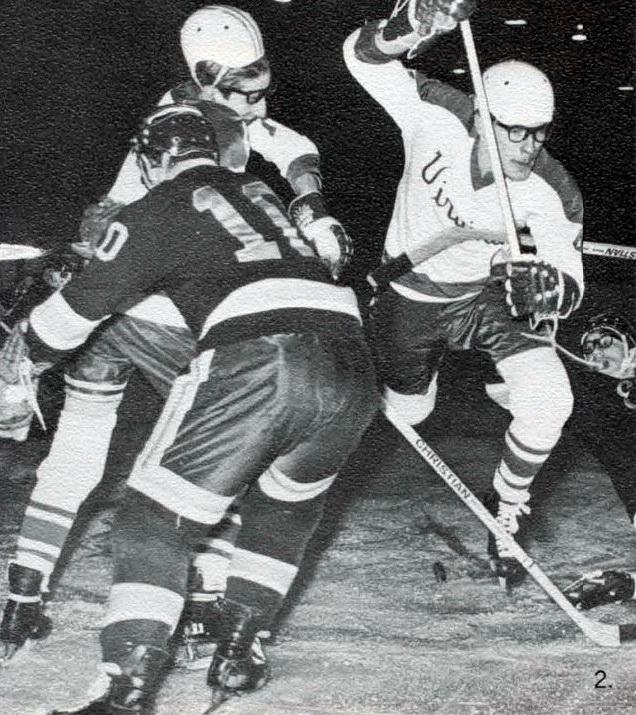 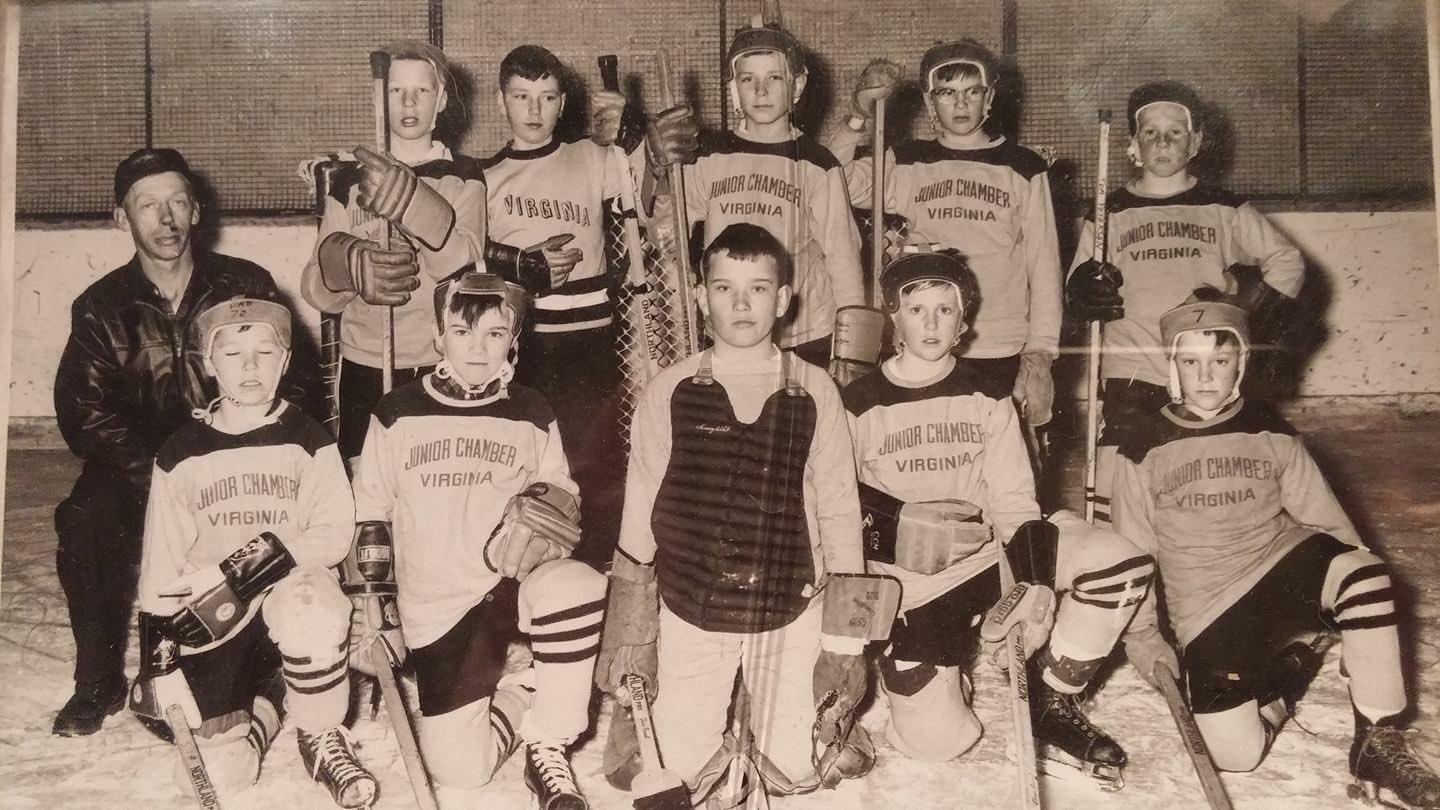 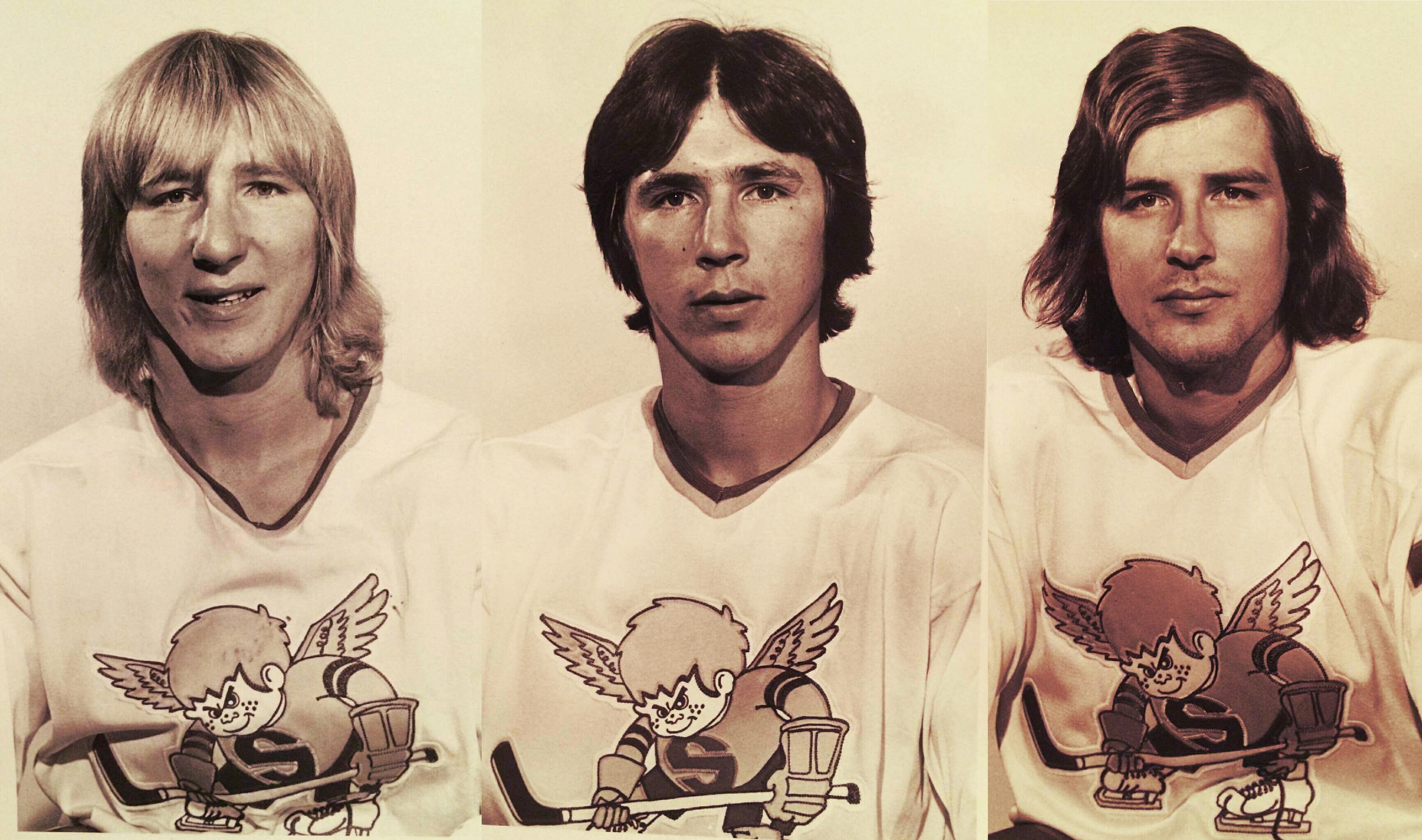