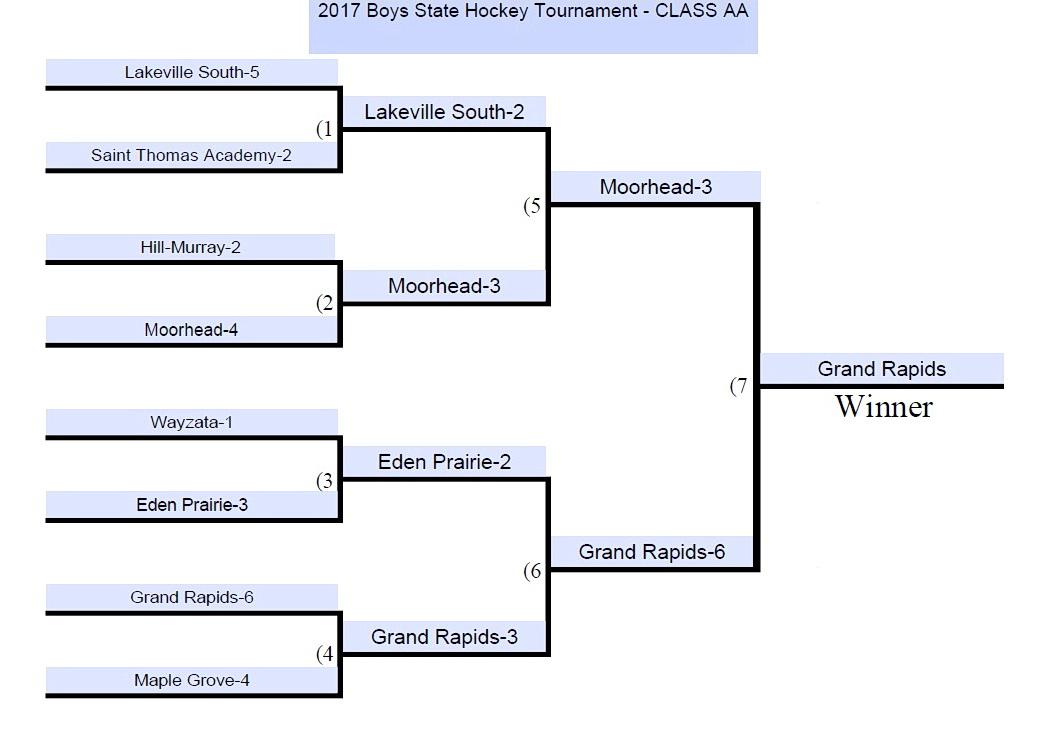 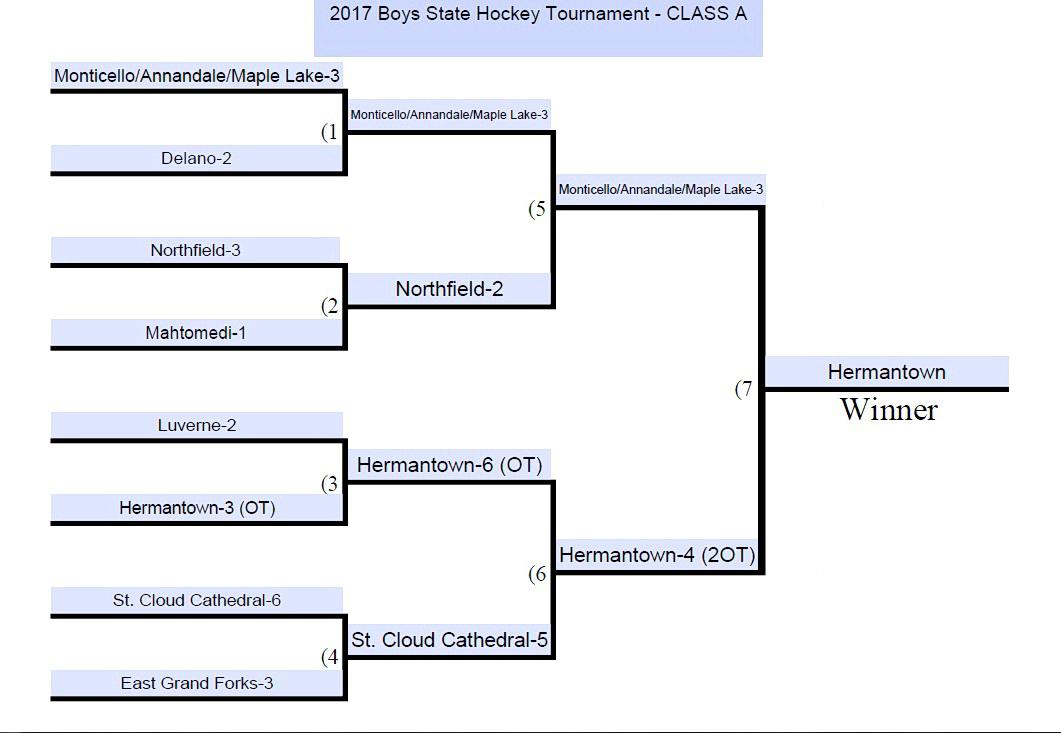 Hermantown made its eighth consecutive appearance in the Class A championship game during the tournament.  The Hawks, who had just one loss on the season, made the most of the opportunity by successfully defending their Class A crown with a 4-3 double overtime victory over Monticello/Annandale/Maple Lake in the championship game.  The Hawks did so the hard way, rallying from a 3-1 deficit in the third period to force overtime.  With a third overtime looming, Dylan Samberg scored the winner with 20 seconds remaining in the second extra session.  In Class AA, it was a return to northern nostalgia when No. 5 seed Grand Rapids faced off against No. 3 Moorhead.  Grand Rapids completed its upset binge with a 6-3 victory.  En route to the title, the Thunderhawks defeated No. 4 Maple Grove 6-4 in the quarterfinals, and then defeated No. 1 Eden Prairie 3-2 in the semifinals. 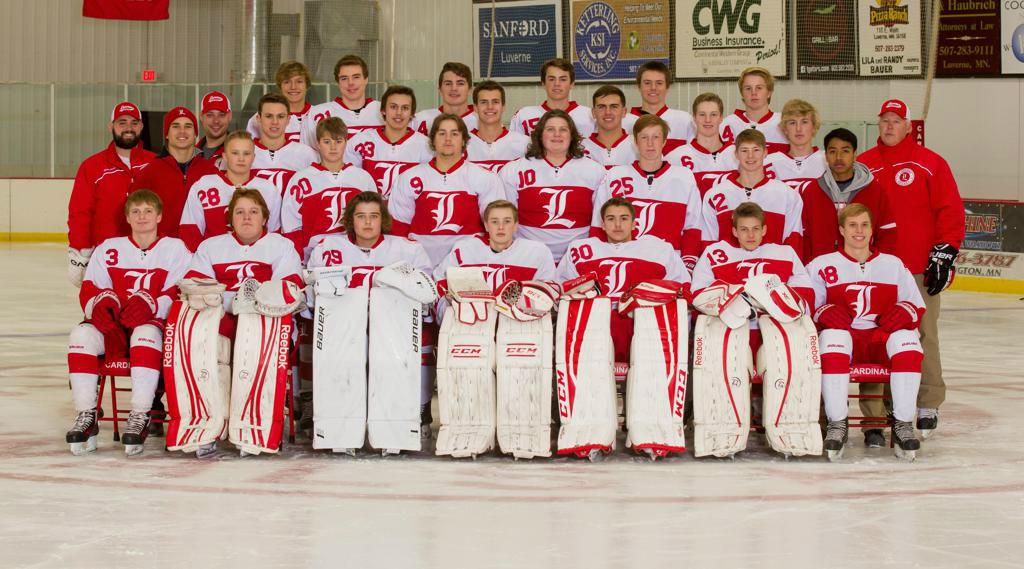 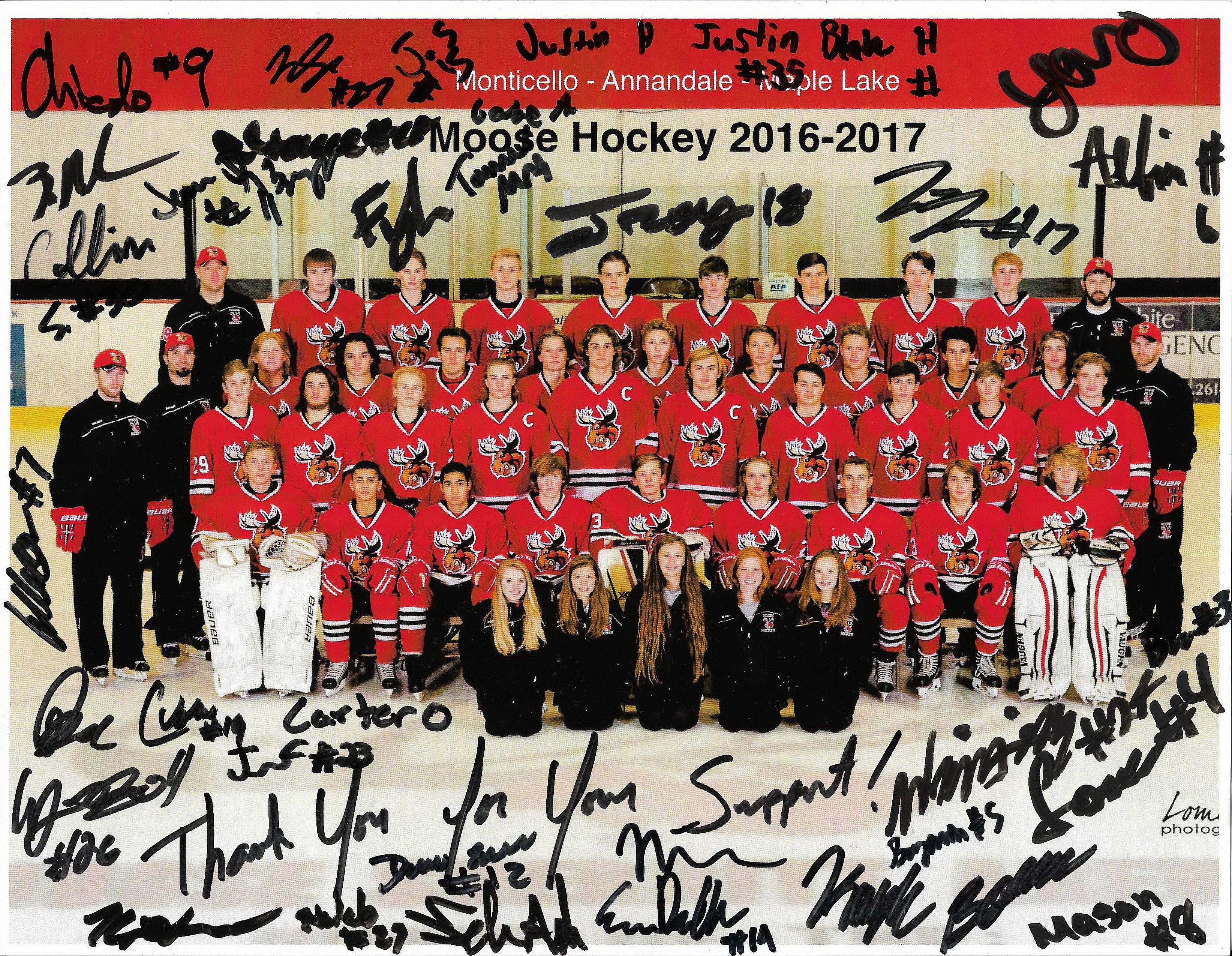 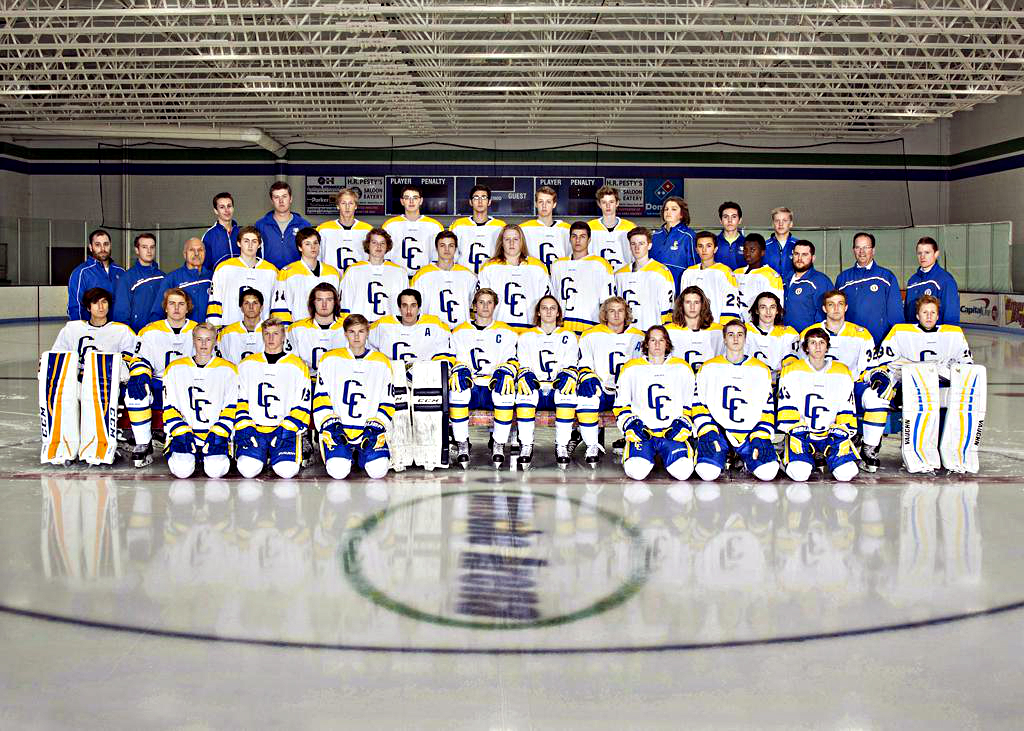 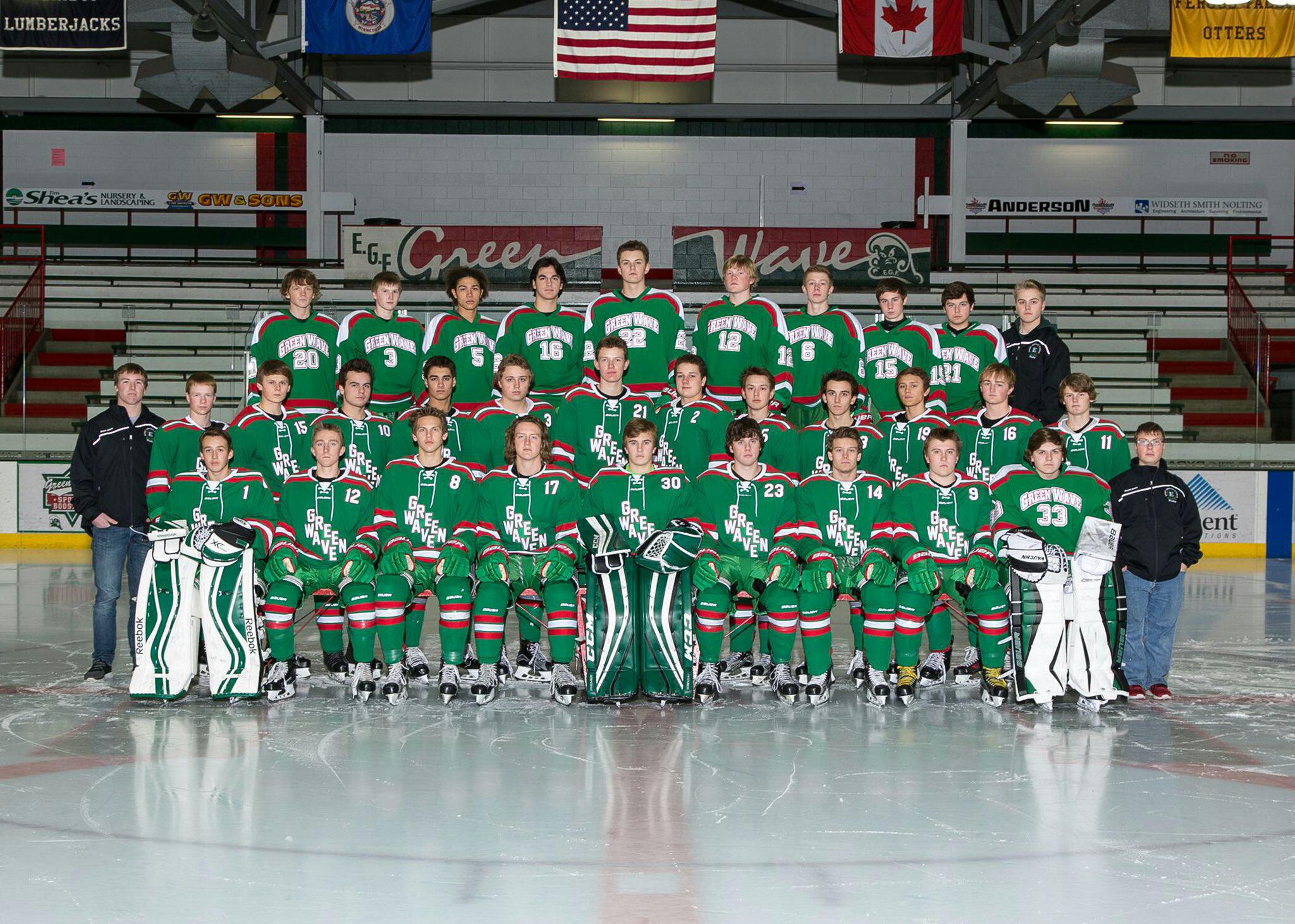