Chad Nyberg made a dramatic impact on the Minnesota Hockey Coaches Association in a very short period of time. In his four years on the MHCA board as the Section 6 Representative, Nyberg helped modernize communications and was instrumental in ushering in the Minnesota High School Hockey Hub; which is still the statistical and news platform for High School Hockey.  For his forward thinking and tireless efforts in helping the MHCA make this transition, he was honored with the Bruce Johnson Award in 2009 for his service.

Chad played his high school hockey for Two Harbors and played four years of varsity hockey at St. Olaf where he served as that team’s alternate captain in his senior year. He coached softball, tennis, football, and hockey at Bloomington Jefferson and Eastview before becoming the junior varsity coach at Edina High School in 1999.

He was named the head varsity coach at Hopkins High School in 2004 where his positive impact on a struggling program was immediate. He coached the Hopkins Royals to several successful seasons and coached numerous players who went onto collegiate careers. He was named the Section 6AA Coach of the year for an especially successful 2008 campaign.

Coach Nyberg was viewed as one of the top young coaches in high school hockey during his six years at Hopkins, but he decided to pursue a career in administration. He went onto be named the Athletic Director at Bloomington Jefferson high school, but he stays involved with the game by continuing to work with Minnesota Hockey’s High Performance Program. 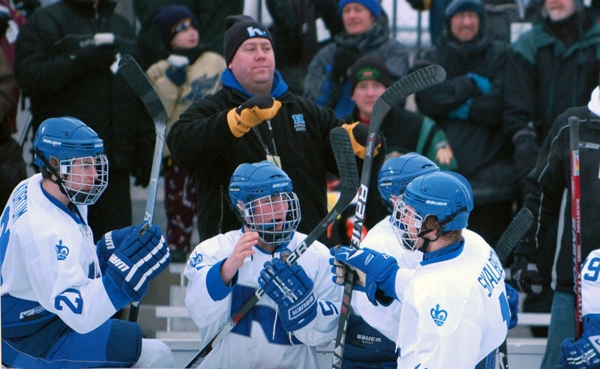