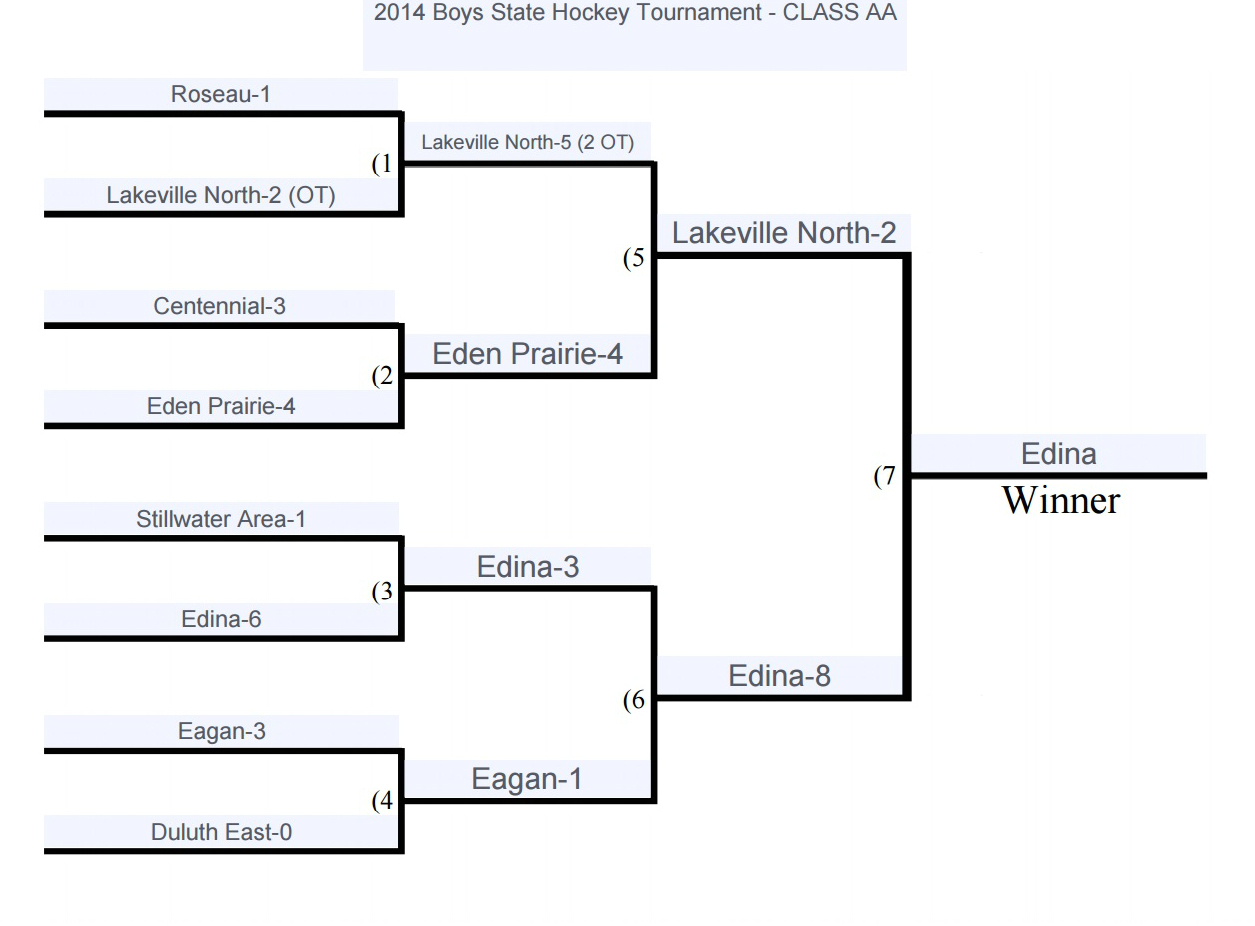 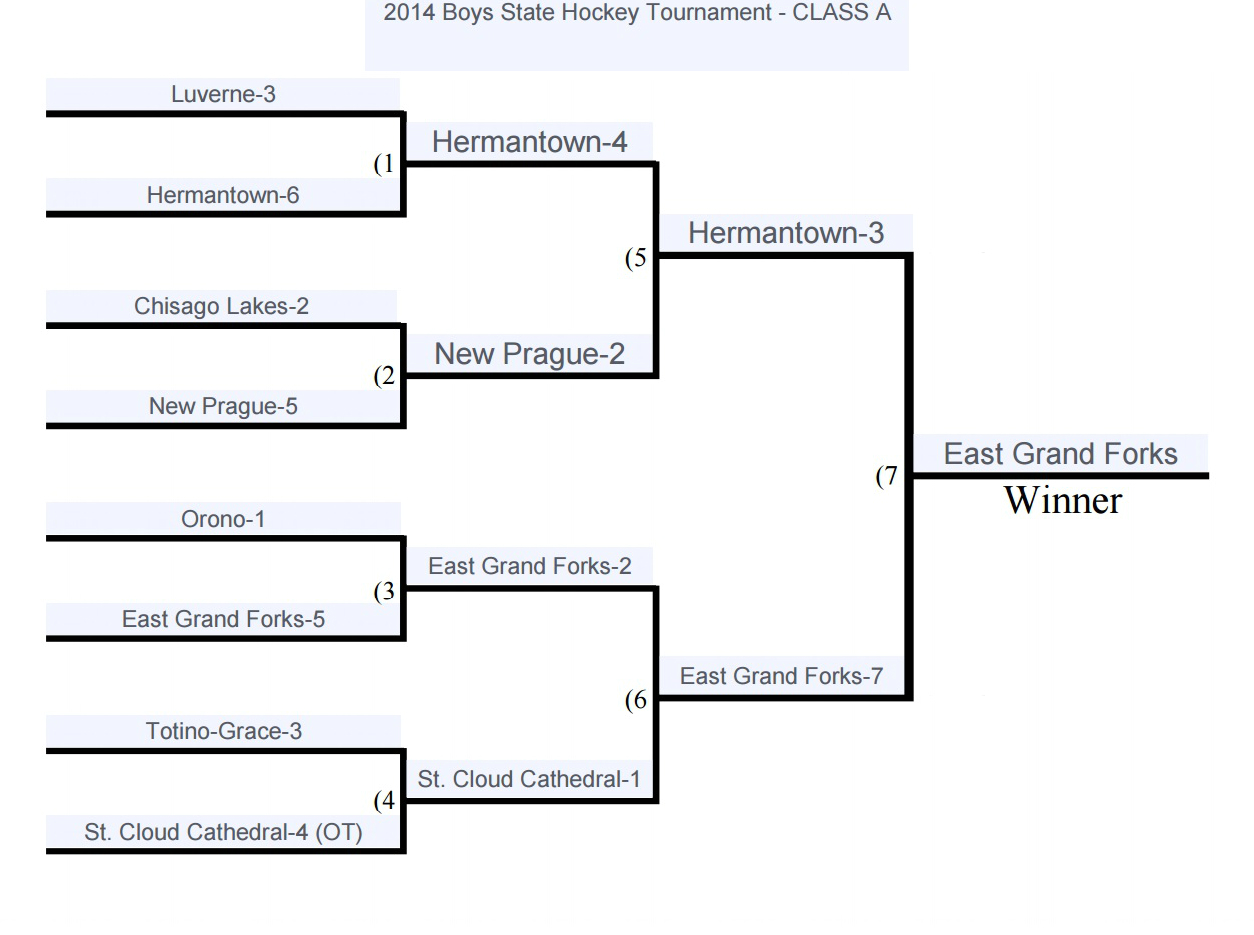 Wide margins were a theme in championship title quests during this tournament.  In the Class A final, No. 1 East Grand Forks skated to a 7-3 victory over No. 2 Hermantown.  The Green Wave scored five goals in the second period to erase what had been a one-goal deficit.  It was Hermantown's fifth consecutive runner-up finish.  Top-seed Edina was a repeat champion in Class AA following an 8-2 victory over Lakeville North.  In the previous two tournaments when Edina was the top seed, it was upset in the quarterfinals.  This gave Edina a state-best nine championships.  Add in the three as Edina East and it was a dozen.